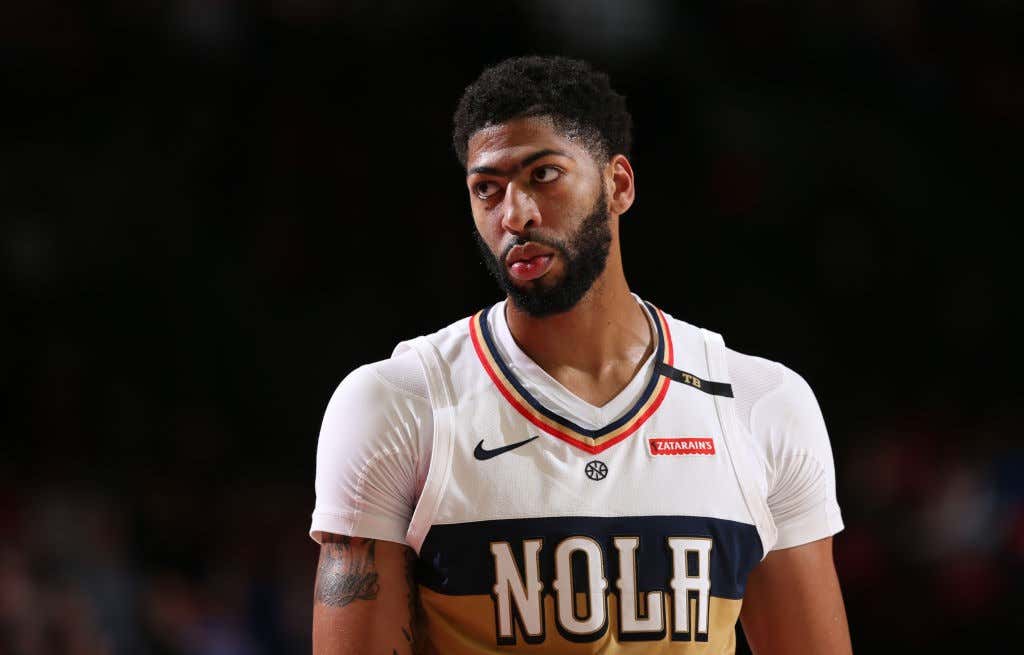 Davis, 25, eagerly wanted to suit up at home against the Indiana Pacers after recovering from a left finger avulsion that sidelined him for a little more than two weeks, sources said, but the organization elected to keep him inactive. There’s the impression that his absence could potentially extend until the conclusion of Thursday’s trade deadline, sources said.

It was the first contest Davis was healthy enough to rejoin the team since sustaining the injury on Jan. 18, sources said.

New Orleans’ final game before the trade deadline is Wednesday in Chicago. The Pelicans are 3-10 without Davis this season.

If Davis is not traded by the deadline, it is anticipated he would be allowed to join his teammates on the court, but there’s a strong possibility he could be “shut down to an extent” for the remainder of the season at some point after the All-Star break, sources say

Good for the Pelicans. They don’t owe Anthony Davis a goddamn thing after he had his agent publicly declare his desire for a trade which completely ruined their leverage. Now it’s all about their best interests moving forward, so I find the fact that even though AD was cleared to play the front office came back and pretty much said thanks but no thanks. This is what you wanted, now you have to deal with the consequences. Tough shit.

When you think about this logically, there really is no reason for the Pelicans to ever play Davis again. Who cares if it causes drama in the locker room and they lose all their games. Oh you mean improve their own pick this summer for what will be the start of their rebuild? Sounds wonderful if you ask me. Then  you have to factor that Davis always seems to injure or tweak something, why on earth would they want to take that risk that something serious might happen while they are 6 games out of the final playoff spot? Makes no sense and it doesn’t matter how much Davis wants to play. If that was the case, he should have lived up to what he said earlier and played the whole season and not address the trade stuff until after the season. He let LeBron/Rich Paul get the best of him, and now he’s stuck on the bench for who knows how long.

I also love the idea that the Pelicans are going to be petty as hell and not trade him before Thursday just so they can prevent him from playing the entire season. If they aren’t going to benefit from AD this year then no one else is either. We know the NBA is one of the most petty leagues out there, and it isn’t always limited to just the players. If I’m the NO front office, I’m doing what’s best for me and don’t give two shits about what AD or his camp prefers. The ball is no longer in their court and that’s just the reality. Should have kept your mouth shut if you wanted to play basketball this season, really it’s that simple.

Some may think this means Davis is going to be traded shortly, I choose to believe this is the Pelicans doing their best to stick it right back to the player that had no problem screwing them when it suited his best interests. Either way, we probably won’t be seeing Davis play as a Pelican ever again.