Sand art? I thought, what could that be? Is she building intricate sand castles and cities out of beaches and dunes and bits of flotsam and jetsam and driftwood? That could be funky.

Alas, this uni-sleeve gypsy was merely manipulating granules to reflect upon her sordid upbringing. I had trouble following the narrative because I’ve never read sand art before, but here’s the story: 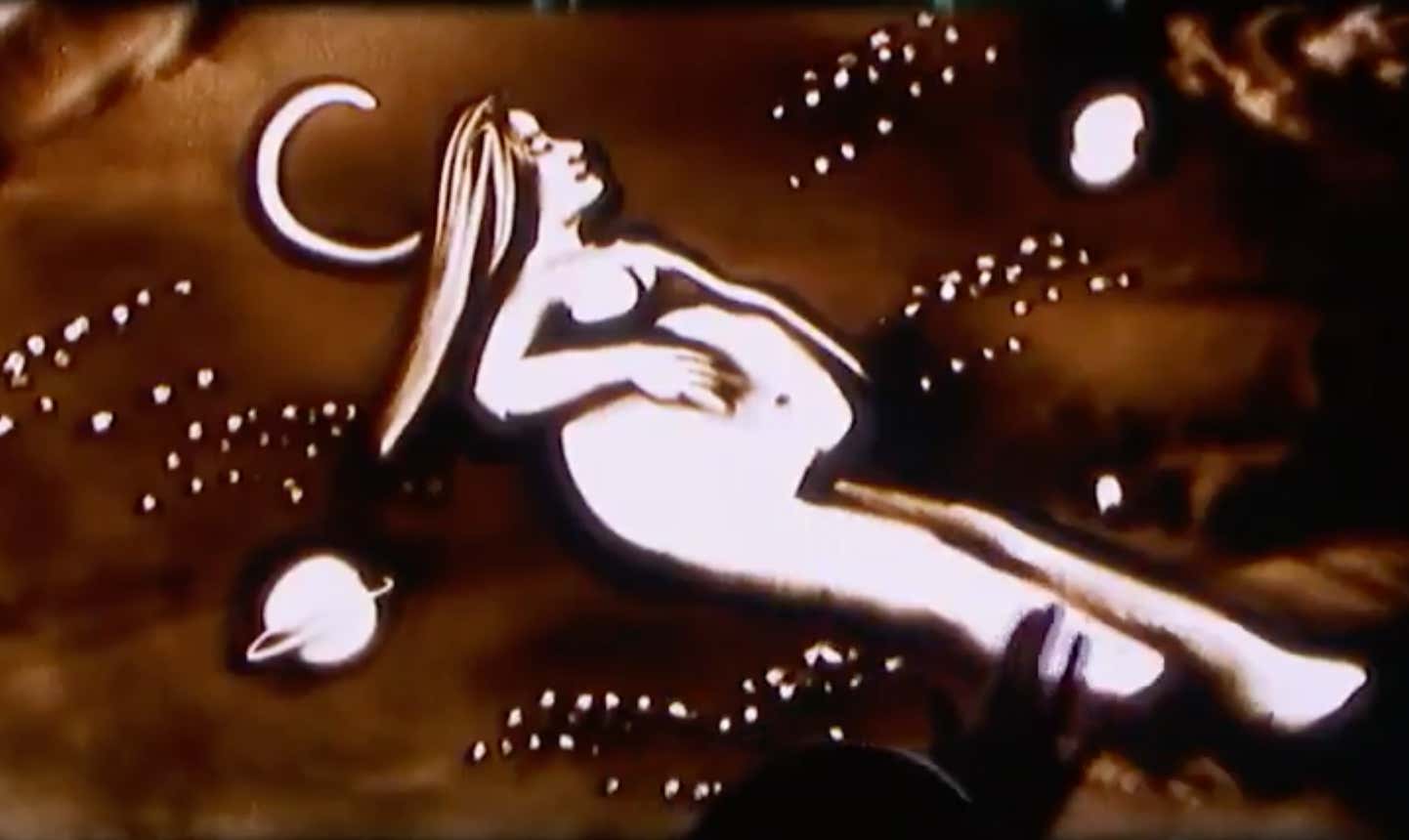 Born in outer space, a child spends his formative years staring at a photograph of his pregnant mother. I’m talking years. You can tell by the clock that ticks and the music change, which signifies the transition from childhood into angsty adolescence. In doing so, he ignores his book, thus implying that he’s a bad student. 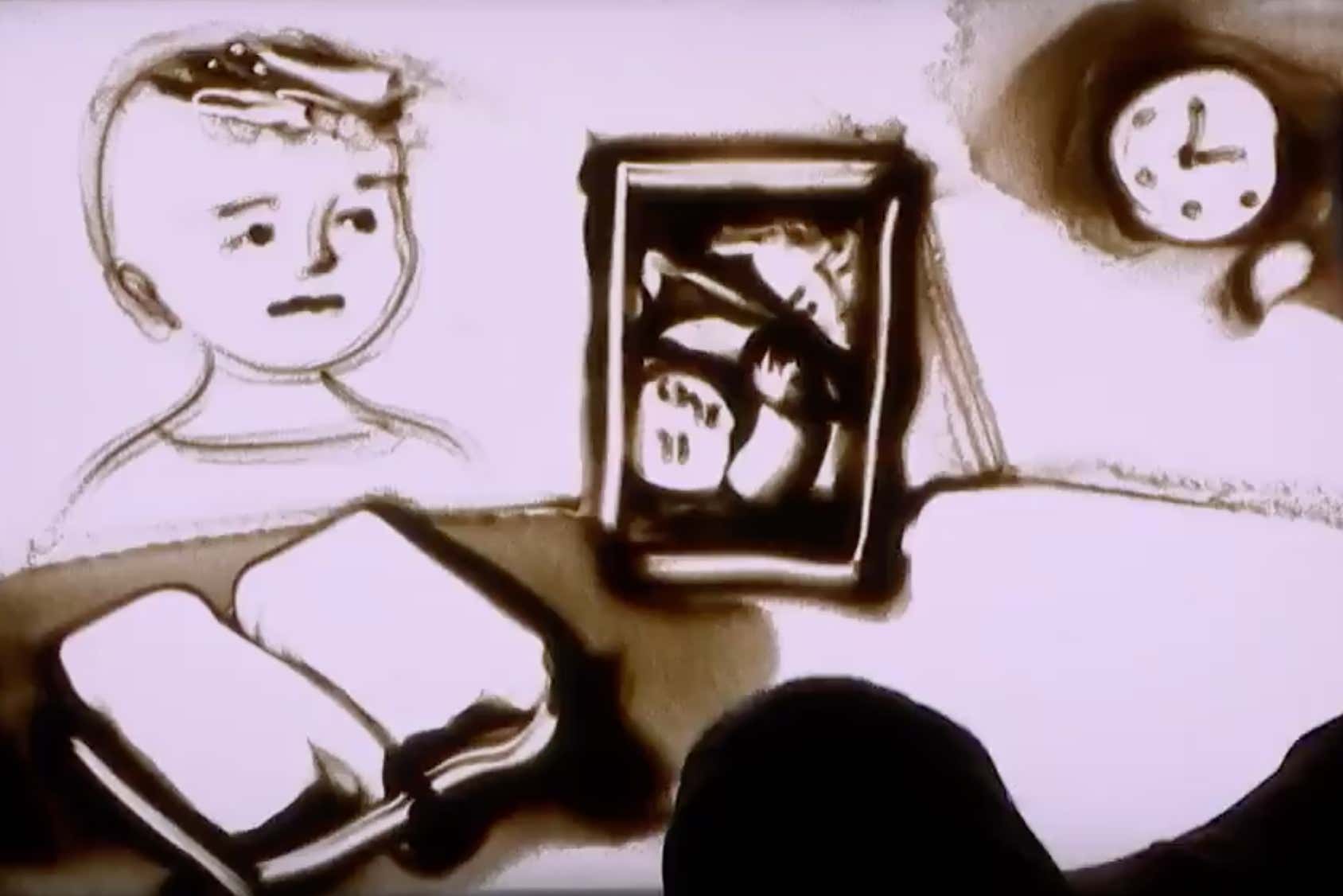 Due to his lack of discipline in school, he becomes a shitty finger painter who paints in turtleneck sweaters which, I think we all know, is the worst type of sweater to wear for finger painting. Much like a condom, turtlenecks restrict blood-flow to the head and limit the creative juices. Wear a fucking smock like a normal person. 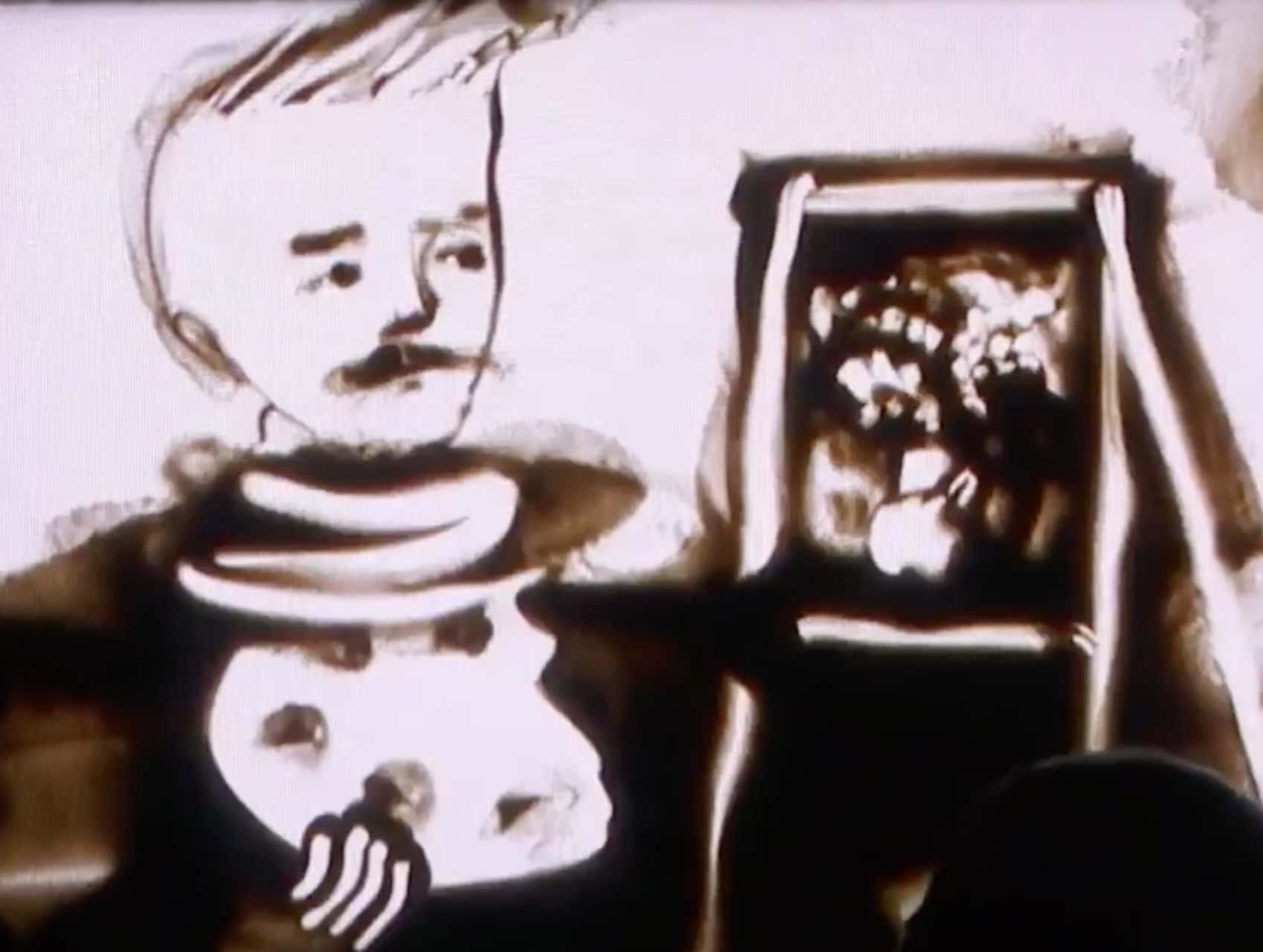 I say this with the benefit of hindsight, for the conclusion reveals a theme of regret. The father dies of heart failure before the son has the chance to say goodbye, as he was too preoccupied with his arts and crafts. Or maybe he dies while on the phone with him? That part was tough to interpret.

Next thing you know, the artist has traded in his easel for a sailor’s outfit. 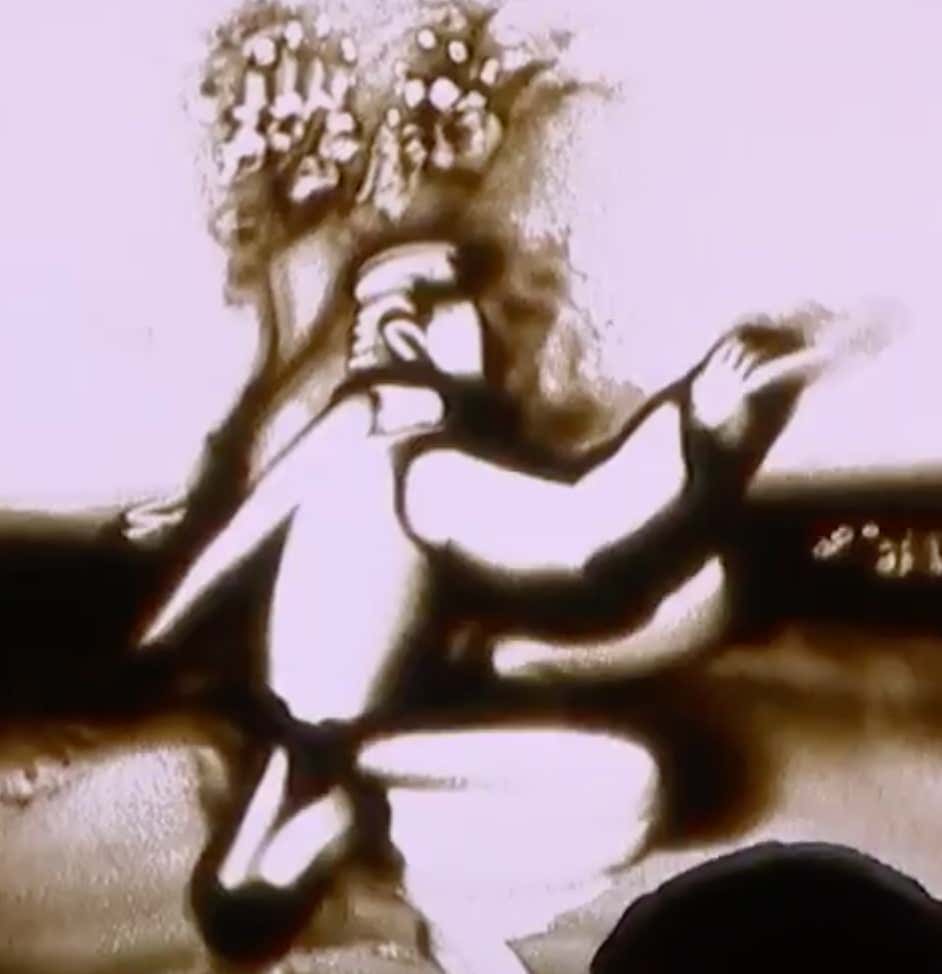 And finally, with the specters of his dead parents looking on like Obi-Wan Kenobi and Yoda, he reveals himself as the hypocrite. His final message is “don’t be late,” even though he ignored the importance of punctuality for the duration of his alternative, disappointing life. 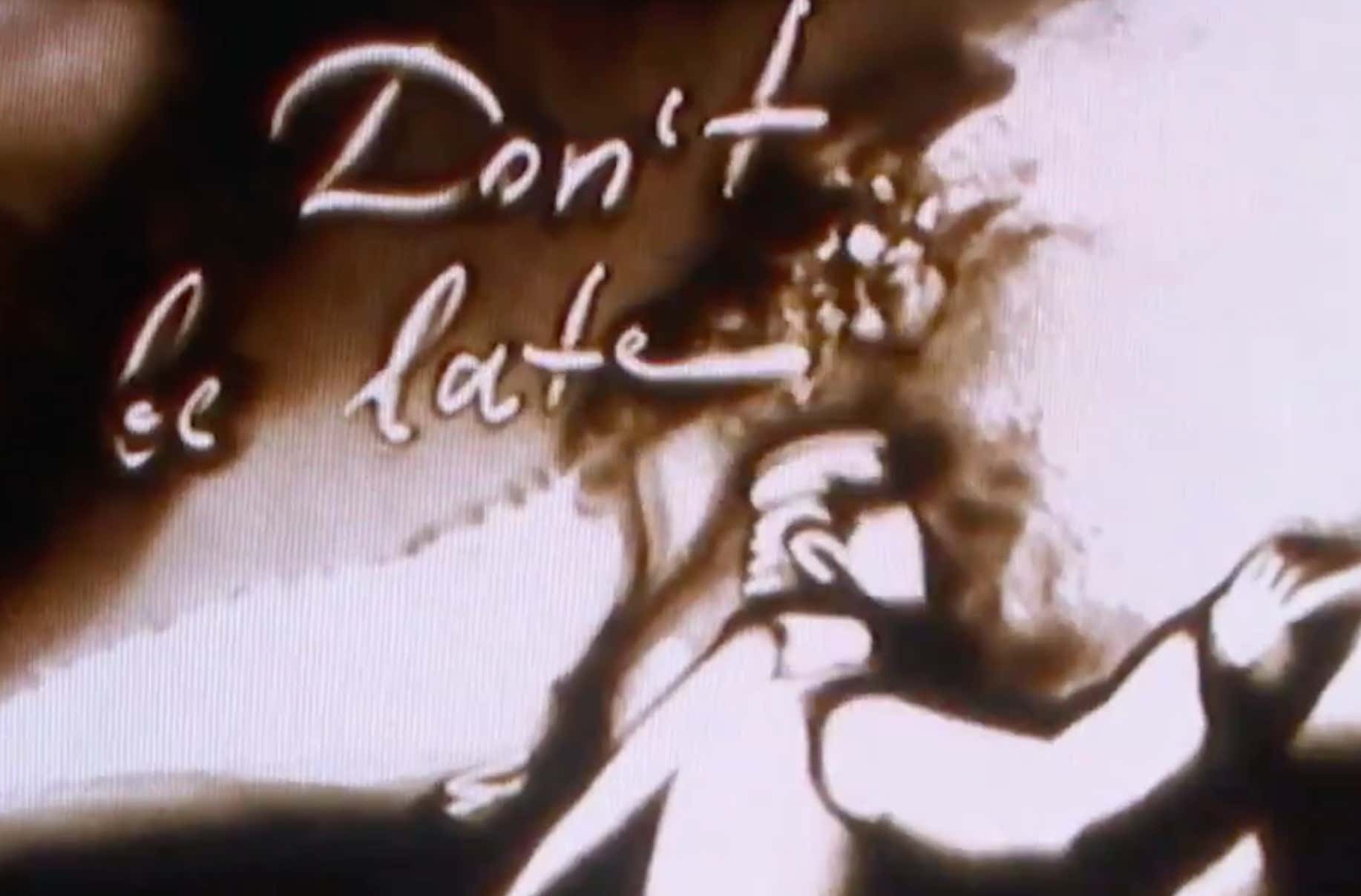 Sure enough, the judges lost their collective minds over this display. Terry Crews overstepped his role and hit the golden buzzer, which apparently gives her automatic citizenship. And you know what? This is typical. This sort of saccharine nonsense occurs on every single episode. It’s been happening for years but now they’re doing a tournament of champions, so we’re not getting any of the horrific acts that used to balance out the bullshit. These people belong on subways, passing a hat for change after their disruptive flute solo/gymnastics. Not primetime TV.

Not to mention, Simon Cowell… WHAT happened to him?! He looks like some crazy owl that spent the last year banging into a window because the reflection fooled him. 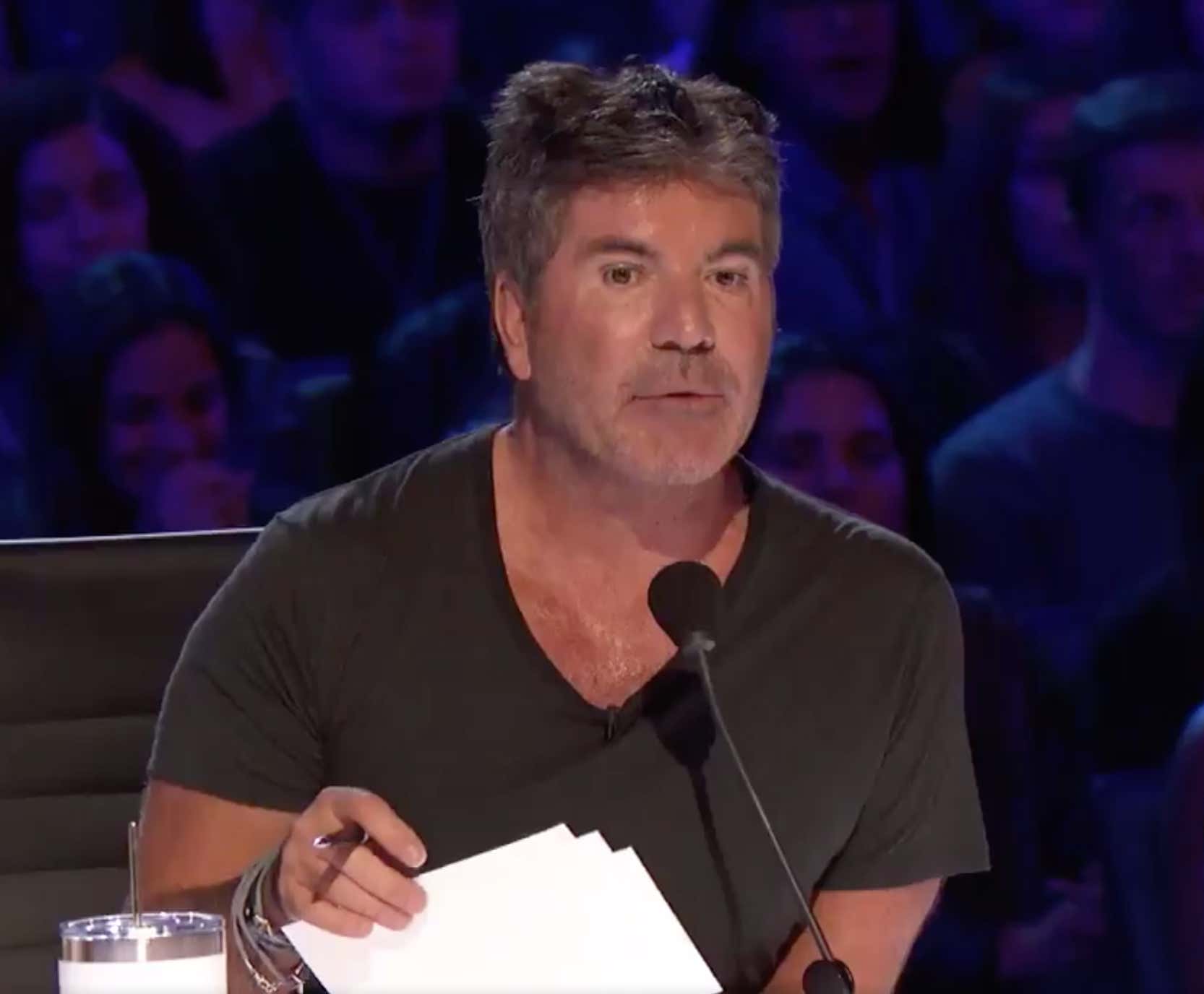 I used to watch YouTube highlights of Britain’s Got Talent, before AGT started. Paul Potts, George Sampson, Susan Boyle… that was the good stuff. “Oh look, the ugliest human you’ve ever seen. They’ll suck, right? WRONG.” (SNL has spoofed this concept, as has Gus Johnson). But now, it’s too commercial, too glitzy. It has jumped the shark, which is probably something we’ll see this year on the show. Shark-jumping. Who knows.

PS- I tried out for AGT before Barstool. Didn’t make it. Fuck those guys.