Good afternoon.  I’d like to say I’m happy for Dente and the Boston Brigade but we all know I’d be lying through my teeth if I said that.  Goddamnit this run of dominance is absurd.

Here’s this week’s mailbag.  Touched on a lot of stuff from sports to jail to food.  Let’s have at it:

WSD, like everyone else in the world I’m sick and tired of Boston winning every championship.  Dente really did sell his soul to the devil.  Disgusting.  Anyways, can you rank each Chicago team for who’s best suited for sustained success and who’s going to win the next championship?

Great question to kick off this week’s mailbag.  Yes, we’re all supremely annoyed/envious/jealous/tired of Boston winning every goddamn championship.  It’s even worse if you work for Barstool and have to deal with the common Boston fan on social media every day.  It’s crazy the inferiority complex the stereotypical Boston fan STILL has even after 2 goddamn decades of never before seen sports dominance.  With that said I do think McGillicuddy is fucking hilarious in his  biannual troll job of KFC: 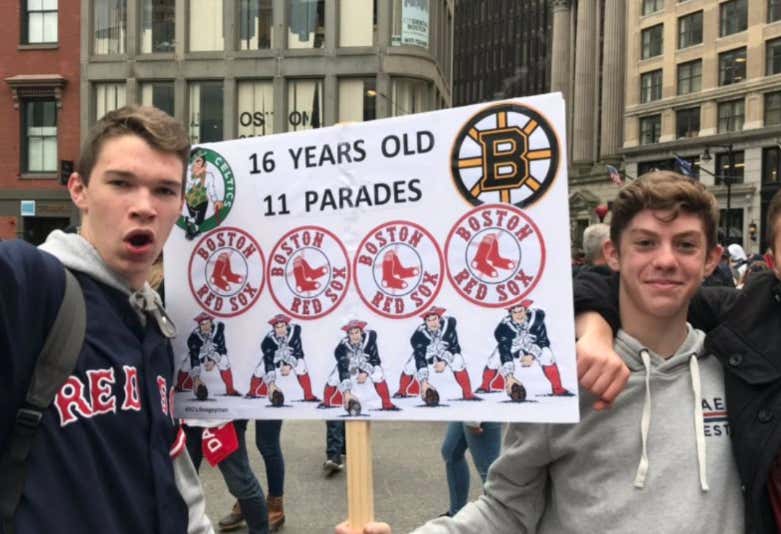 But we’re here to talk about Chicago and act like Boston’s absurd dominance never happened.  To answer your question, here’s how I’d rank the order of who’s going to win the next Chicago championship:

5. Bulls – LOL they’re a joke and embarrassment to our city
4. Hawks – they have two generational talents still so they could *maybe* catch lightning in a bottle one more time
3. Sox – still not ready to compete for a World Series, but they’re one year closer to doing so.  2020 let’s fucking go
2. Cubs – they are on the downswing of their dominance but still closer than the three aforementioned teams.  Take their team under this year, they’re not winning 90.  Division is rock solid
1. The Bears

The Bears fucked up against the Eagles and fucked up badly.  Not saying they would have beaten the Rams or Saints on the road, but they very well could have.  Their defense is ready to win a Super Bowl now, Nagy and his coaching staff are awesome (Pagano is going to fuck for this team) and Mitch is going to be all the more comfortable in this offense and get better and better.  They have a 1st place schedule next year so might not win 12 games again but this team is going to be the best team in the NFC next year.  Mark my goddamn words.

Now onto the good stuff:  in light of our fearless leader getting sent to the clink last night, I asked our loyal readers to send in their   best stories of going to the slammer.  Had a few good ones roll in.

WSD,
Last year i went on a party bus for my friends 22nd. We went to the strip club 30 minutes from our house in Iowa city. Blacked out on four lokos before getting to the strip club. Next thing I remember is being in handcuff’s on the side of I-280 in middle of nowhere Iowa. Blew a .28 and got arrested for public intox and fake ID. Looked at my phone after getting bailed out and saw i sent my location to my brother, who lives in the northwest suburbs, as if i wanted him to come pick me up. I dug a little deeper into the location I sent him and it was 4 miles from the strip club. I couldn’t tell u the last time i walked a mile, let alone 4 miles. Cocaine is one hell of a drug

Strip joint arrest stories are always fun.  I have two in particular:

In HS we had one friend who hardly had any summer break because he was an ROTC kid and had to report to his college for military shit like a week after we graduated.  His parents were notoriously strict so we had to sneak him out at like 10pm on a Saturday so we could get him fucked up one last time before he went and did his military shit.

While we were waiting for his parents to head to sleep for the night, I “Hey Mr’d” a bottle of 100 proof Soco.  It was for him and I to split with a third buddy DD’ing.  We sat in some coul-de-sac for I wanna say an hour and a half and I slammed my 1/2 of the bottle in that time frame.

We then got the go ahead to come grab him – he legit had to sneak out his 2nd story window and jump off his roof to get us.  So once he hopped in the car our first thought was “fuck it, let’s go to Diamonds” which was a strip joint in West Chicago that is now closed.  Being 18, half a bottle of anything would fuck someone up no matter how fast you drink it.  Well he finished his half drinking it straight in the back seat on the 15 minute commute to the gentleman’s club.

We get there, the booze kicks in for both of us, we polish off an entire box of Capone cigarillos and he proceeds to vomit all over the bathroom.  Needless to say he got the cops called on us and they told us to get the fuck out or we’ll all get arrested.  We got the fuck out, and his parents were waiting up for him when he got home.  He was grounded the rest of the time he lived at home.

Another time I had a friend of a friend try to sneak into a strip club with a fake ID.  A cop was the bouncer at this establishment and when the cop realized it was a fake, my buddy tried to take off.  The cop chased after him and tased and cuffed him.  Once my buddy came to he got up and tried to run again, cuffed and everything.  He then got tased again.  Funniest thing I’ve ever seen in my life.

Got arrested for underage consumption and sent down to the G spot holding cell.  Dad knew the security guard and I got out of it

This is the shortened version of a reader who sent in an entire novel as his email.  I wanted to touch on this because the “Cell’s” holding cell is no joke.

In between HS and college, a buddy with Sox season tickets got all his rain delay refunds for the same day.  It was about 50 tickets and a massive group of us migrated from the Western burbs to the Cell for a Saturday afternoon game.  We were doing typical HS shit and by typical HS shit I mean pounding vodka out of water bottles on the metra into the City.  Some friends fared better than others.  Out of the 50ish 18 year old morons that went to this game, an easy  10 of us got taken in by White Sox authorities and held in the holding cell in the basement of the stadium.  I didn’t, but there were about 15-20 pissed off Wheaton parents who had to come all the way to the South Side to pick up their idiotic sons that day.

Well it’s not an arrest story because you can’t arrest a 6 year old but it’s a pretty damn good story. So my mom, sister, brother and I are all coming back from visiting some family of mine in Minnesota. We always had a rotating schedule of who got to sit in the front seat and this was my turn so I’m taking full advantage of it checking out the scenery and I have this toy gun, I’m pretend shooting people because what 6 year old doesn’t do that? So all of a sudden a cop pulls us over. Need I remind you we’re on 1-94 on a 6 lane freeway just crossed the Mississippi River and we get pulled over. So my mom has to put her keys on the roof, hands out the window and then walk backwards on the freeway, the cop comes up to my side of the car and asks to see my gun, I’m balling my eyes out cuz my gun is gone now, and this is just the craziest thing. Anyways they take my moms statement and they officers said a semi truck driver called it in thinking I was holding people hostage with a toy gun that has an orange tip on it. Wtf! So no one got arrested but I to this day don’t have that gun and wanna beat the shit outta the truck driver.

In my former life I was in logistics and transportation management so anytime I can take the opportunity to bitch about truck drivers, I will.  So fuck this truck driver.  Pay attention to the road and your log book, not some little kid holding a nerf gun out the window on a road trip you dickhead!!!

Now enough with arrest stories.  Let’s talk some food, shall we?

Do you think McDonald’s new cheese fry is going to ruin their fries or make them better. Side question, are you a cheese on the fry guy or a side cup of cheese for dipping.

Portillos: has it gone to shit since dick portillo sold to a PEF? They used to have great beefs, but now they suck. Agree?

I’ve never had a *bad* Italian Beef sandwich but I do tend to agree with you – Portillo’s beef has plummeted in quality since they sold.  But can you blame Dick Portillo?  He sold his company for almost ONE BILLION dollars.  Here’s a bird’s eye view of his house in Oak Brook: 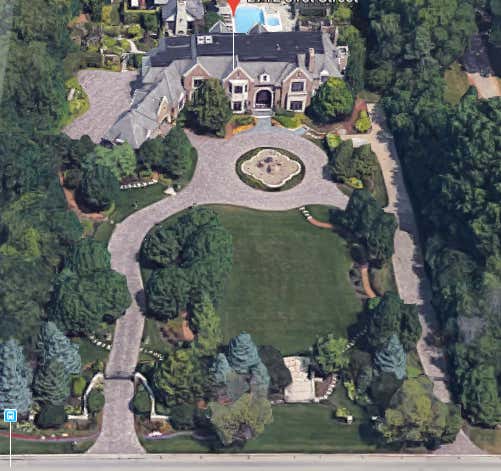 But yes Portillo’s beef has gone down hill.  We enjoy our beefs locally unchained at Barstool Chicago.  Think I’m gonna get one today from Fiore’s Deli in UK Village now that you mention it.  Highly recommend

If anyone has any other good stories, questions, tips, etc. hit me up at wsd@barstoolchicago.com