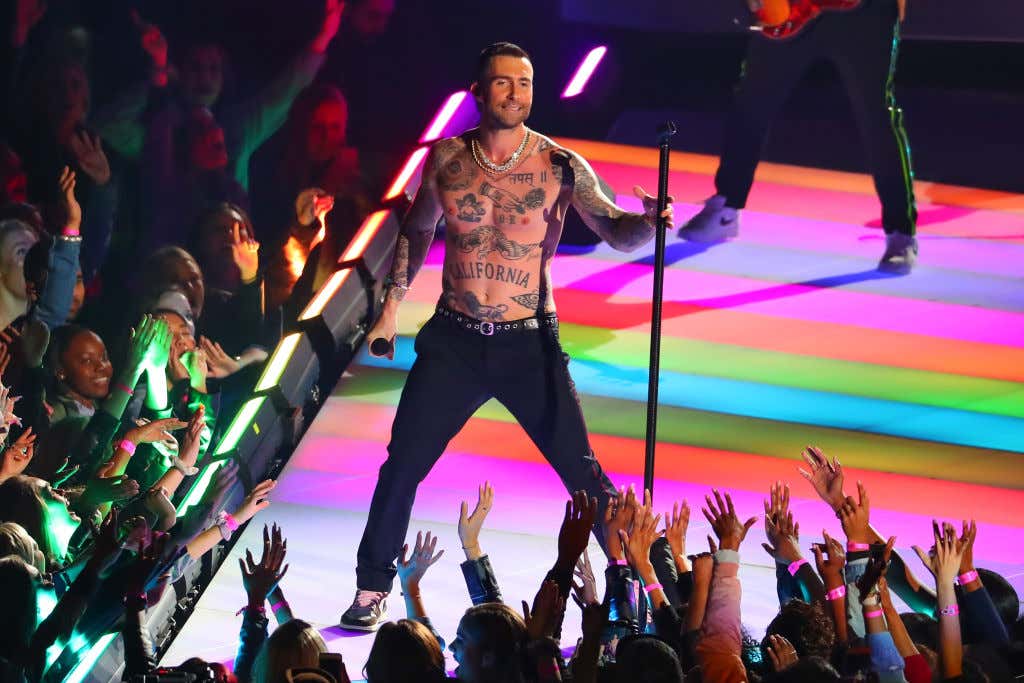 I think we can all agree at this point that the only moment of last night’s Super Bowl that had any sort of entertainment value was when Adam Levine popped the top and blasted his nips out there for all to see. It’s the moment that put the super in Super Bowl. We all knew it was coming once he took off his jacket and was going with the tank for a while. We knew it was only a matter of time before Adam Levine went tarps off. But even though we knew it was coming, that didn’t take anything away from the awe factor once it actually happened.

While it may have been the best highlight of the night, naturally there were going to be some people out there who had to find a way to complain about it. The complaint of choice this go around was “why is it okay for Adam Levine to flash those diamond cutters on stage but when Janet Jackson gets her shirt ripped by Justin Timberlake and her nips are out on stage, her career essentially died?”. And I’ll be honest–it’s a justified complaint. Which is why I think there’s only one simple answer to said complaint…

Every Super Bowl Halftime Show performer should be permitted to blast their nips up on stage if they choose to do so. Could be a dude. Could be a lady. Could be whoever is up there on stage. If you want to show those nipples off, then go right ahead. Who are any of us to stop them? It’s the biggest game of the year. You can’t hold anything back. Free the nipple.