A sincere thank you to Kristaps Porzingis for telling us Knicks fans to not trust anything we hear from an organization owned by James Dolan that treats the media about the same as Communist Russia and were (allegedly) trying to silence fans for chanting Charles Oakley’s name. Nothing like a 23-year-old who grew up in Latvia that spent the length of a Presidential term in New York City suddenly thinking he’s the Deepthroat that’s going to expose that there are a bunch of clowns running the circus at 33rd and 7th. Telling people to stay woke about the Knicks front office is like telling people to stay woke about The Empire in Star Wars. Everyone in the universe has been woke as fuck about both of them for years.

Us Knicks fans know that the city deserves better than the steaming pile of shit that has been on the court this century and it’s this trade that could finally be the blow that causes Knicks fans to jump ship or just bury their fandom and root for players instead of laundry. But most of us will wait until Kevin Durant, Kyrie Irving, and the other best free agents actually put pen to paper and sign somewhere before losing my mind about this trade, no matter how many times they have let us down in free agency. There is a guillotine hanging over MSG right now. There is a good chance it will be used to take off some (proverbial) heads but there is also a chance it will be used to pop a billion bottles of champagne across the Tri State Area.

I honestly don’t blame Porzingis for wanting to leave this tire fire. Do I wish he didn’t say he wanted to spend his whole career in New York every time there was a microphone in front of his face if he didn’t truly feel that strongly behind the scenes? Of course. But being fed up with the Knicks after his entire tenure here was filled with embarrassing stories like the Phil Jackson fiasco, to the end of the #StayMe7o era, to Derrick Rose going MIA, to Derek Fisher cucking Matt Barnes, to the Joakim Noah and Tim Hardaway Jr. contracts, to watching the entire Oakley vs. Dolan situation unfold, to the entire Enes Kanter terrorizing the franchise on the bench and social media made KP as relatable to Knicks fans as possible. We were both taken hostage by the Knicks but only KP could ask to be traded. I mean if you are blindly taking the Knicks side in a trade where they dealt their most popular and exciting player in forever for cap space, you are an idiot. But I am giving them until the summer. If they don’t sign KD and another Top 5 free agent, we riot and take down Madison Square Garden #brickbybrick.

But don’t tell us to stay woke with some bitchy little Instagram Story. We are the most woke motherfuckers on the planet that don’t believe a word that comes out of James Dolan’s mouth, tweeted from @NYKnicks, or is written on a page with a Knicks letterhead. Sure we convince ourselves that free agents will come here every time there is a rumor loosely connecting a player to New York or a fresh Photoshop. But we only do that as a self-defense mechanism so we don’t lose our minds or just stop watching basketball altogether. We know EXACTLY how incompetent our team can be. Shit, that’s all Knicks fans under 25 have known. Their glory days are the year the Knicks lost in the 2nd round to the Pacers, the two weeks of Linsanity, and The Decision up until LeBron said he was taking his talents to South Beach. If you asked pretty much any Knicks fan on the planet if they would like to be traded to become a fan of another team, they would say yes because the Knicks are our least favorite team as well as our favorite team. Yeah it’s fucked up and we deserve better. But that’s not going to happen unless KD, another free agent, and Zion land here this summer or James Dolan gets hit by a meteor. Or we just stop caring about a team that has been the laughingstock of the NBA for almost 20 years straight. I will NEVER rule out the Knicks front office being a bunch of dickheads trying to control a story. #FireDolan for life. But I am also not going to blindly support a player that asked to leave New York and occasionally bitched on social media just because he was a real life glitch that gave us unbelievable highlights when he was actually healthy. The Knicks and KP could both be in the right and the wrong at the same time. Both those things are possible.

In the grand scheme of things, none of this really matters because KP is gone and we are on to Zion. 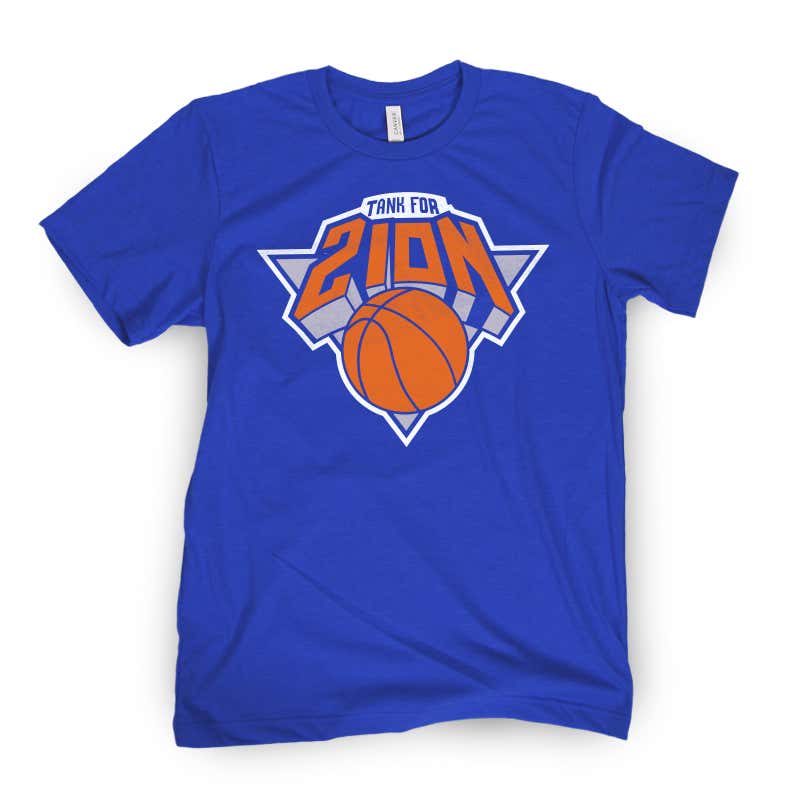 Play us out, Damian!