Clem just blogged this. It’s literally the most recent blog on Barstoolsports.com as I’m typing this. It might get blogged again after me and honestly it should probably be the only thing we talk about for the rest of the weekend, month, season, year, decade, and probably century. I mean what the fuck was that? I assume this is some sort of NFL Fan Fest set up for little kids and out of shape adults to participate in for bragging rights against their pals. No big deal, probably a tire set up to throw spirals through and blocking sled to hit and whatnot. A fun time had by all.

Instead today, February 2, 2019, USAIN BOLT decided to show up, in sweatpants, no spikes, no warm up, and literally run faster than any human being in history. This isn’t prime Usain Bolt. This isn’t “middle of training for the Olympics” Usain Bolt. This isn’t laser timed on the athlete’s first step. This is school yard, on your mark, get set, go, oops that’s faster than a human being has ever been recorded running my bad. Did I do that? High score? What does high score mean? Did I break it?

I get that John Ross ran a 4.22 at the combine but I’m counting that as slower because he was trying. There was a fucking island and millions of dollars on the line when he was running his 40. Usain Bolt didn’t even try here. He just ran forward, in sweatpants, and crushed a 4.22. Also somehow he appears to run the first 10 yards in 3.22 seconds and then final 30 yards in 1 second. It doesn’t make any sense. My brain is broken. This is the straw that broke the camel’s back. I’ll never recover from this. I don’t even know if I care about the Super Bowl any more knowing good and well I wont see anything nearly as amazing as this during the game. 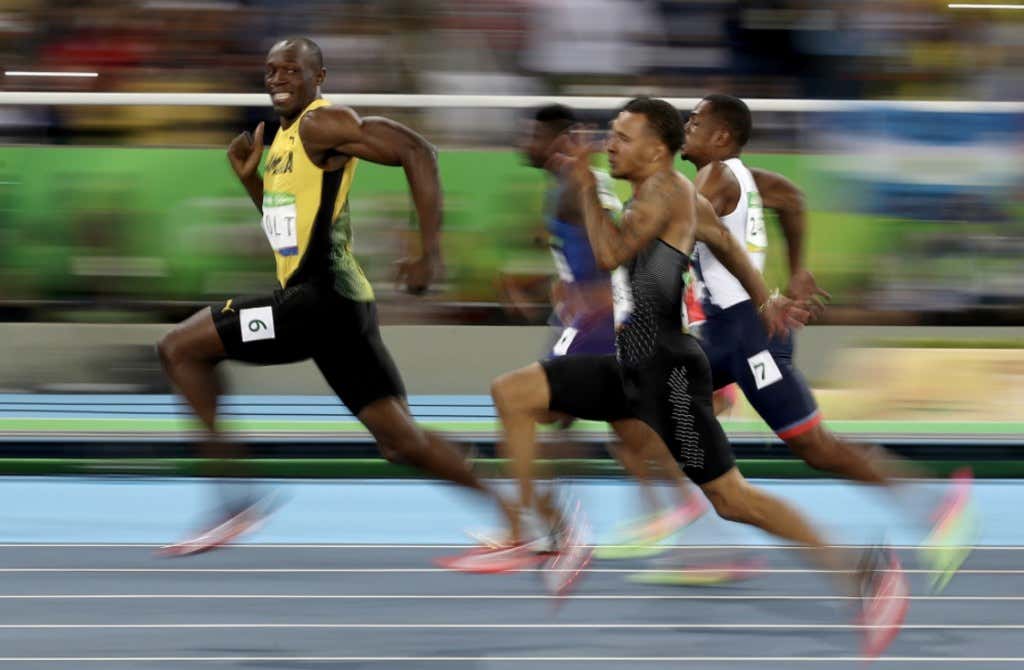