https://twitter.com/MarlaABC13/status/1090712226099576832
"The son of former Houston Astros pitcher Roger Clemens and a friend of his claim a bouncer at a Washington Avenue bar assaulted them during a New Year's Eve party, according to a lawsuit filed Wednesday.
Minor League Baseball players Kacy Clemens, 24, and Conner Capel, 21, were both at the Concrete Cowboy early on Jan. 1 ringing in the new year when a bouncer at the bar asked them to move to a different part of the bar, according to the lawsuit. The men claimed that they indeed moved to another part of the bar but said that the bouncer then started to kick them out of the bar.
At some point while the two men were being escorted out of the bar, the lawsuit alleges the bouncer assaulted them.
After the encounter, someone at the bar called police. The bouncer in questioned wound up being arrested on a misdemeanor assault charge for the injuries to Capel, according to court documents.
"The bouncers picked on the wrong group of innocent young men in this instance," attorney Randy Sorrels said. "We intend to bring the employees, managers and owners of Concrete Cowboy to justice.""
If there is one person in Houston who can pull the "Do you know who my dad is?" card, it's Kacy Clemens. The article states that on New Years Eve, Kacy and his friend went to a bar called Concrete Cowboys to have some adult sodas and ring in the New Year. Allegedly a bouncer asked them to move to another part of the bar. Both guys said they would move, but not before the bouncer attempted to kick them out of the bar. The article then says that the bouncer began to assault them. 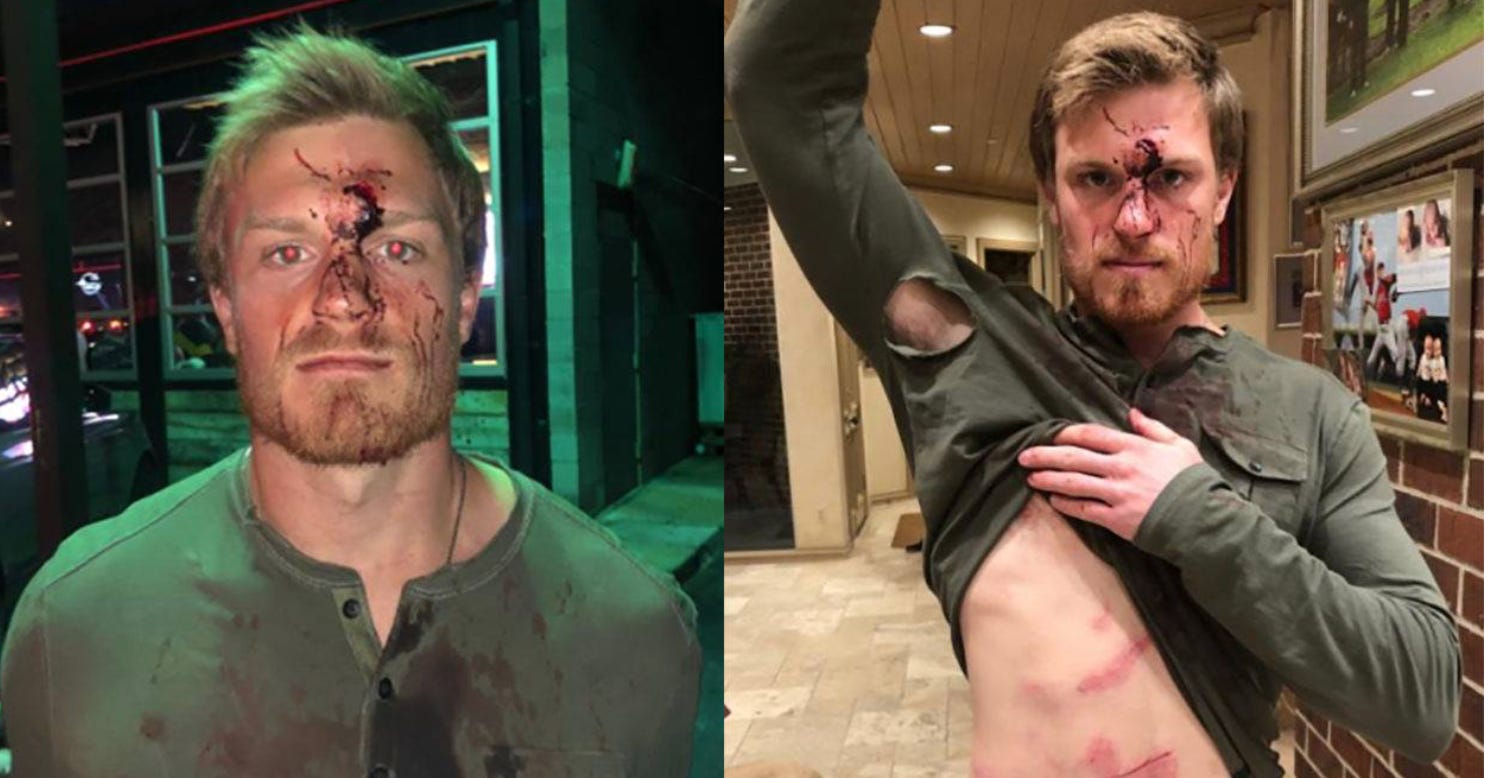 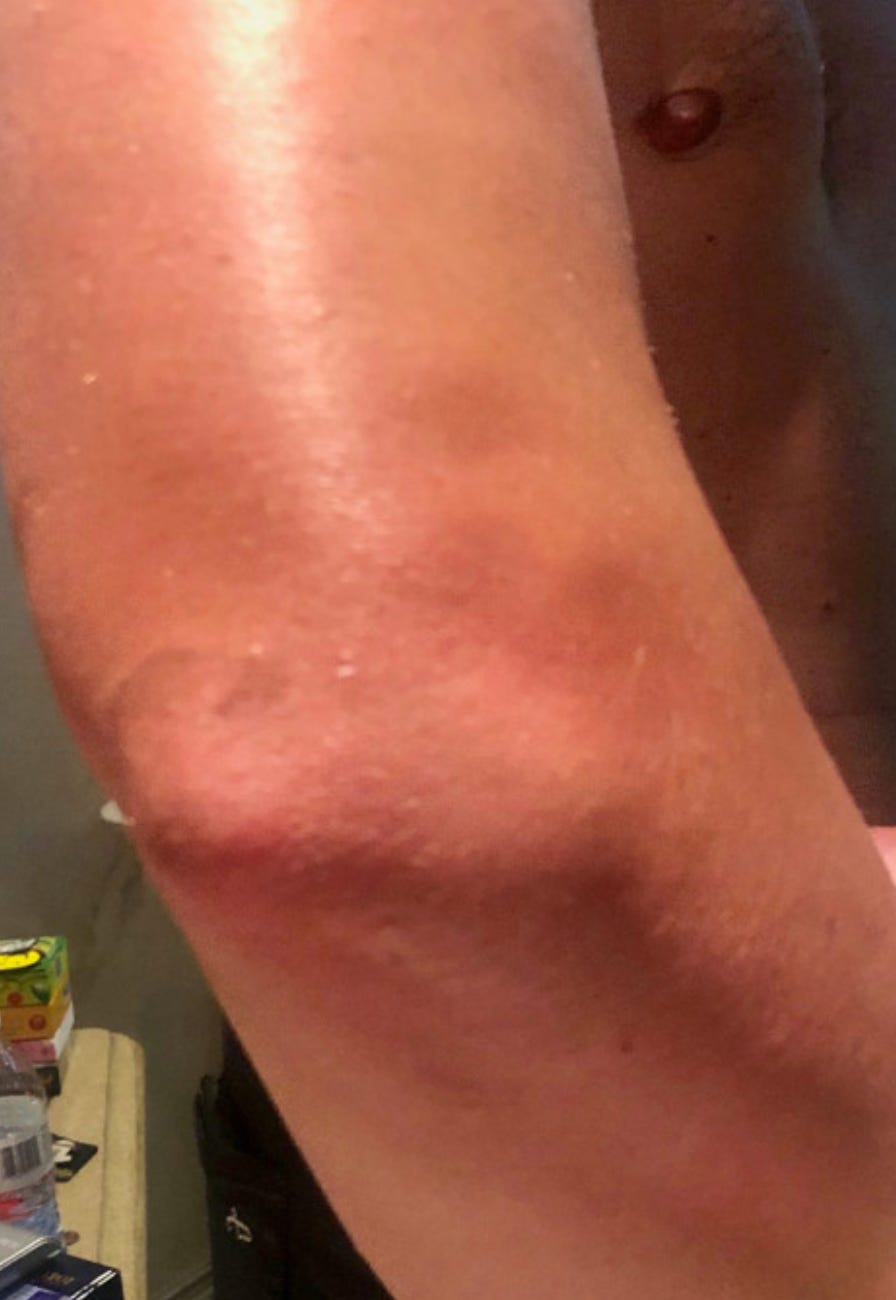 As you can see from the top picture, Conner Capel got the worst of it. A deep gash in-between his eyes, cuts all over his chest and stomach, ripped shirt, blood all over him. According to the New York Post, he also suffered a fractured skull. He looks to be in bad shape. You can see a bruise and swelling in Kacy Clemens' throwing elbow too, not the worst injury, but his lawyer is saying it could have an impact on his baseball career.
Clemens is a first baseman in the Blue Jays organization and Capel is an outfielder with the Cardinals farm system. Capel's dad was pitcher for three different MLB teams, and you already know what Clemens' dad has accomplished. The New York Post also said when Roger was made aware of the incident he went up to the bar. That is NOT a guy I'd want to have in my bar after his son got the shit kicked out of him. You never know how the roid rage would act up.
Now I have no clue how Clemens' son or his friend act in public, but why on earth would a random bouncer just haul off and manhandle two kids like this for no reason? Were they mouthing off? Maybe he did pull the "Do you know who my dad is?" card and the bouncer didn't want to hear it. I get that bouncers normally don't walk around beating the shit out of people and there are 2 sides to every story, this one should be interesting. Regardless, I bet in a few months this place will be shut down, and Roger will be opening some new establishment there because he'll probably win the building in a lawsuit.
PS. Yelp Reviews of this place don't really do it any favors. 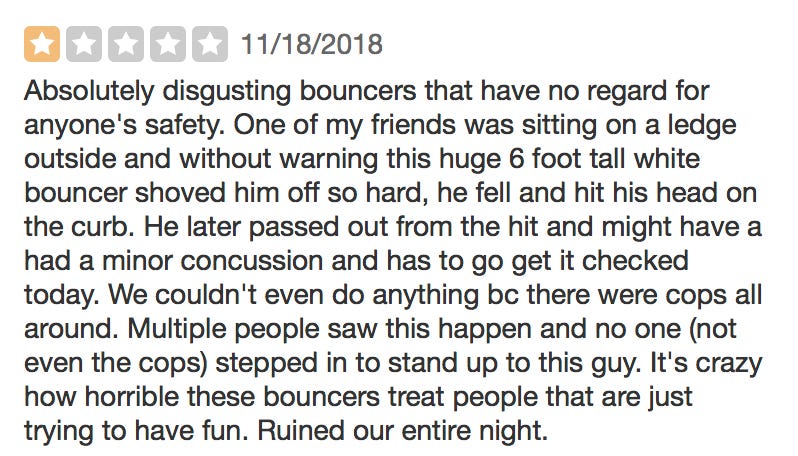 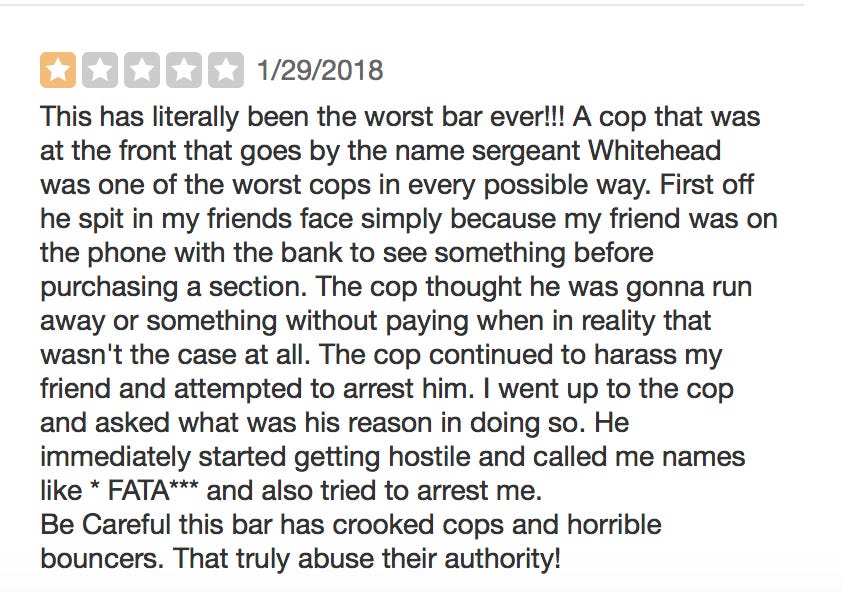 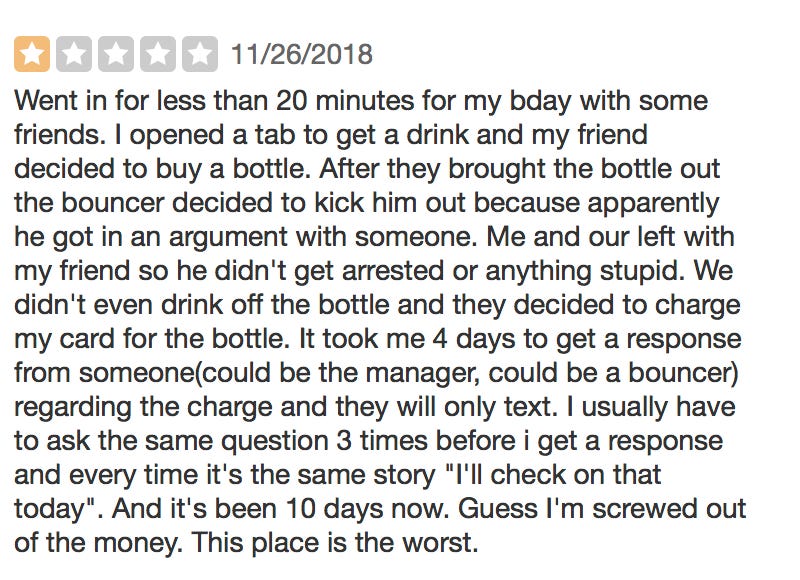 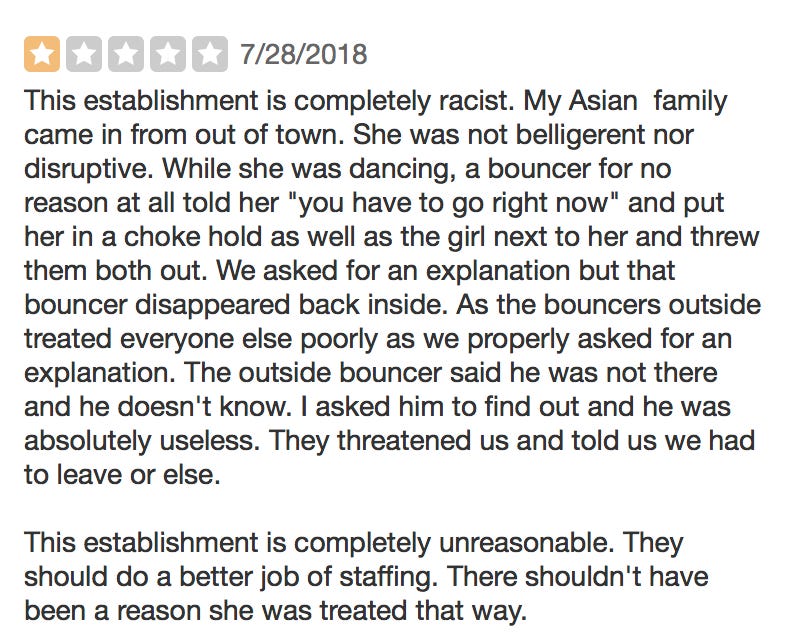 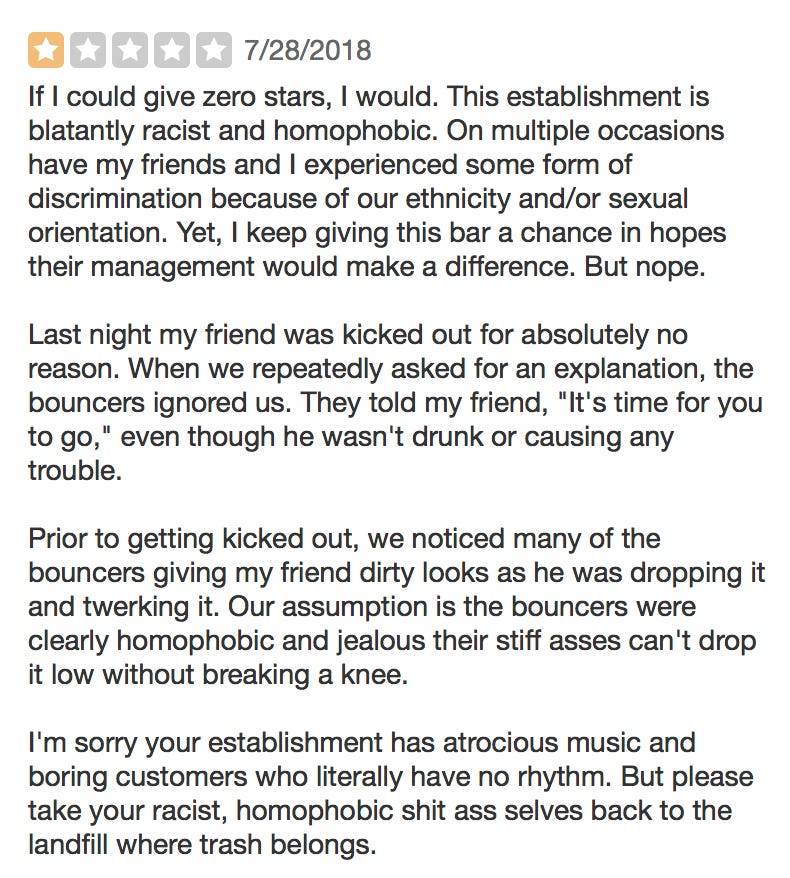