Maybe. I dunno. Seems pretty dumb, actually. I’m a fella with a lot of shitty tattoos but at least I cover my face with a beard that looks like ginger dick hair instead of a terrible tattoo of someone else’s face on my face.

Plus, I dont think it’s a real tattoo anyway. I think other sites are falling for this shit. Not me. Not us. I mean, look at this. It’s already complete. Why isn’t there any pictures of it in the process of getting done? Why is there no swelling around the outlines? Why does her skin look like raspberry sherbert was smeared on it? Because it’s a fake! It’s a sham! 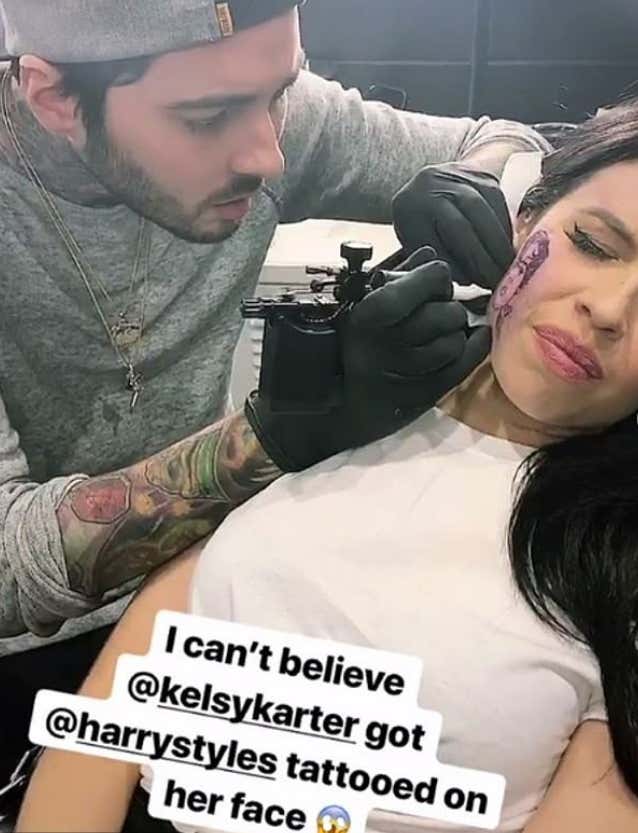 This is a viral social media stunt to get more people to know who ****Checks Notes**** Kelsy Karter is. We wont fall for that and now you won’t either.

If you wonder what she sounds like, here’s her song about Harry Styles. It’s fucking terrible.

And here’s another one.