[Jordie’s Note: this is a reblog from the past few years. But I’ll continue to reblog it every #BellLetsTalk Day for however long I’m here because mental health issues do not make somebody weak and nobody should ever feel like they’re alone in battling through theirs]

The untimely death of former NHL enforcer Rick Rypien was incredibly sad and incredibly tragic. Rypien was one of 3 NHL tough guys who died in the 2011 offseason along with Derek Boogaard and Wade Belak. Rypien had struggled with depression throughout his entire career and even with plenty of help from friends and family and doctors, it wasn’t enough. The reason why this mini-documentary on Rick Rypien is such an important watch today of all days is because it’s #BellLetsTalk day. I’m sure that plenty of you are already aware of this but for people who aren’t plugged into Twitter, it’s a movement in which each tweet or RT with the hashtag #BellLetsTalk is worth a 5 cent donation from Bell Canada toward mental health initiatives. And if there’s one person that the sports world can look to for the importance of these initiatives, it’s Rick Rypien.

The thing that sucks is that you never know who is going through what in their life. Most people watched Rick Rypien the hockey player and saw this guy who was making a ton of money playing a game that he loved and he got to beat plenty of people up and everything that you could think of that’s great about being a professional hockey player. But underneath all the pads and off the ice, he was struggling. He was battling himself just as much as he was battling opposing players on the ice. And it’s nice to know that he was able to get plenty of help while he was still around, but there’s always a need for more. Not only does this movement raise money for these initiatives, but it also raises awareness to get rid of the stigmas that come with mental health issues and that’s also a major key here.

There’s shit that happens in our every day life that we all think are important to us. We may think our favorite hockey team winning or losing is important. We may think it’s important to go to war in internet comment sections over politics. But in the grand scheme of it all, none of that matters. But it’s the stuff like this that should not only be important today, but every day. So I already feel like I got more sappy with this than I wanted to, but join in on the movement if you can. All it takes is a tweet. And if you want to do more than just tweet, well then be there for someone to talk to. Someone you know could be dealing with the same monsters that Rick Rypien was dealing with and you don’t even realize it. So be there to listen, be kind, and let’s hope there are less and less stories like Rick Rypien’s as the years go by. 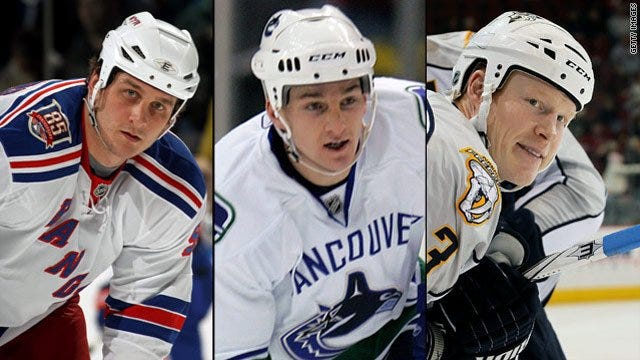