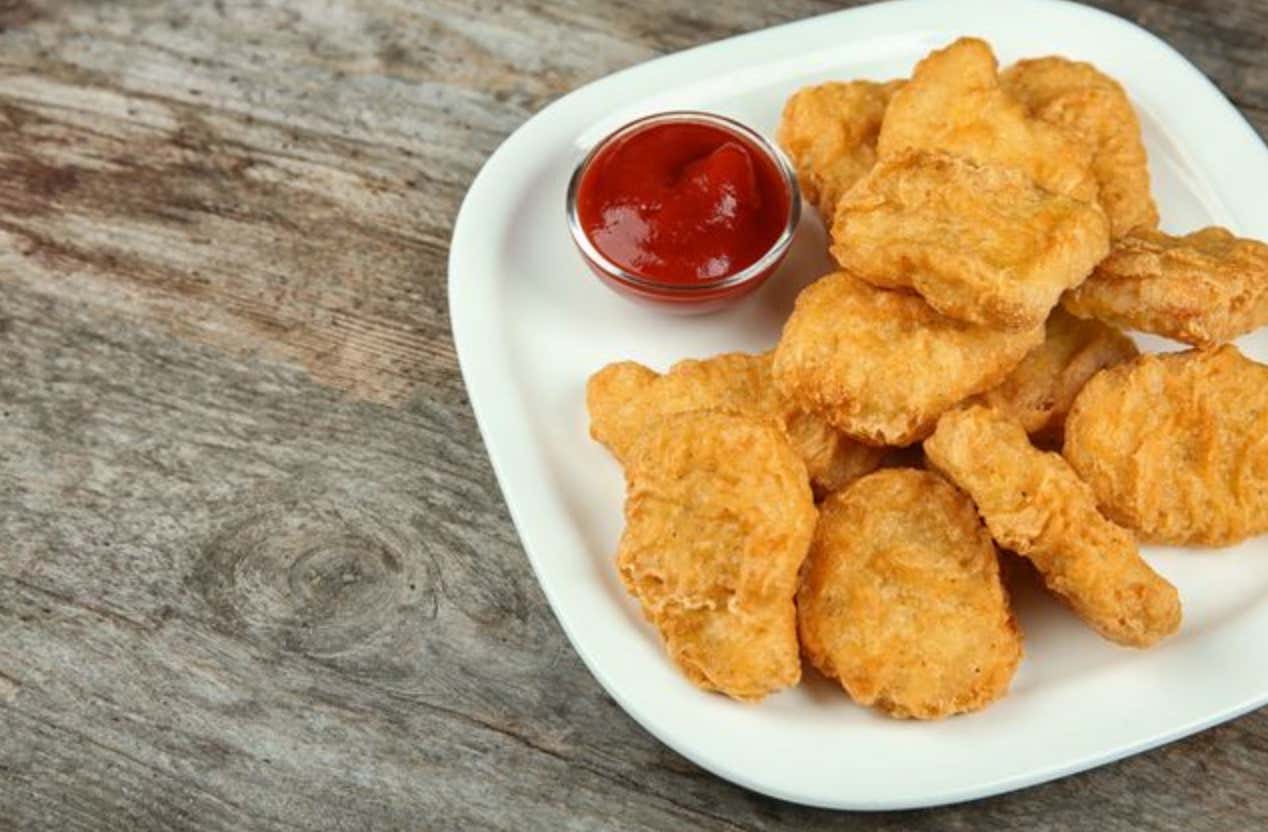 (CNN) Tyson Foods is recalling 36,420 pounds of chicken nuggets — not because the chicken is rubbery, but — because rubber may actually be in them. Federal officials are urging consumers to check the back of the freezer and dump any “Tyson White Meat Panko Chicken Nuggets,” produced on November 26, 2018. The 5-pound plastic packages have a use-by date of November 26, 2019 and a case code “3308SDL03″ on the label. They also have an establishment number “P-13556″ inside the USDA mark of inspection, according to the US Department of Agriculture’s Food Safety and Inspection Service. The products were shipped to retail locations nationwide. The Food Safety and Inspection Service was alerted to the issue Tuesday after Tyson received consumer complaints about “extraneous material, specifically rubber” in the product, the agency said in a statement. There haven’t been any confirmed reports of illness or adverse reactions from eating the chicken nuggets, but federal health officials say some products may be in consumers’ freezers. People are warned against consuming them.

Who amongst us really didn’t know this? It had to be people who recently started buying frozen chicken nuggets because it’s the worst kept secret among anyone who has been buying bags of frozen chicken nuggets for decades. I count myself among the latter group of people. The rubbery nuggets is simply part of the experience.

I bought a big ol bag of frozen chicken nuggets just the other weekend as a matter of fact. It was a Saturday morning and I was sick and tired of paying $32.78 every time I ordered take out so I decided to go to the Duane Reade under my apartment building, buy a giant bag of chicken nuggets and graze on them all day long. And that’s exactly what I did. I got myself a nice bottle of cheap BBQ sauce and made a day out of it. What I’m trying to say is that this recall by Tyson will not in any way stop me from buying their chicken nuggets because I already knew the drill. If you have a problem with there being rubber in your chicken nuggets then go to McDonalds or Wendys you high society fuck.