Look at that gif above and STOP it. I’m FIRMLY in the DO-NOT-TRADE-DUNCAN-KEITH-camp. I think the Blackhawks have a chance to be very good again next year and trading Duncan Keith, the only legit top 4 defensemen on the roster, moves you further from winning, not closer. Having said that…I don’t know what the Blackhawks front office is thinking. Maybe they’ve given up on the dwindling prime years of Toews and Kane and want to really build around other players. Trying to win in 3-4 years instead of next year. That would, to me, be the DUMBEST idea of all time. But… 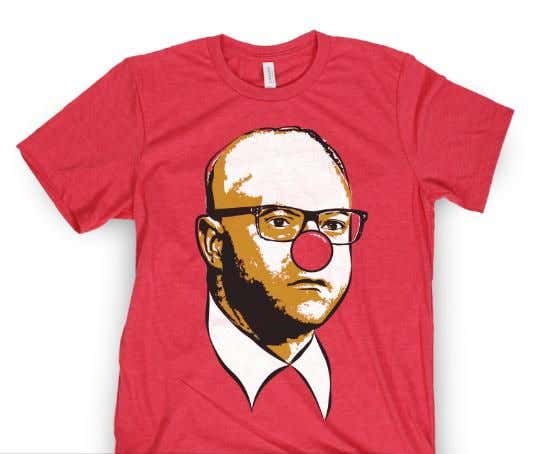 The Jake Muzzin to Toronto trade got me thinking though. What exactly is Duncan Keith’s trade value?

Muzzin is a guy who is absolutely NAILS, has Stanley Cup pedigree, can play on your top pair, can play in all situations, helps you at both ends of the ice, and has a very favorable contract for another year beyond this one. The Kings are folding it in. They got a 2019 first round pick that the Leafs are hoping will be in 27-31 range overall, an offensive defensemen with durability issues, and a winger who projects in the bottom 6 long-term. A top pair dman gets you a “Hmmmm” a “mayyybbbeeee”, and a “meh”.

If that’s the package for Keith, who I bet has had at least informal discussions about his NTC going as far back as last season, then that’s a no from me, dog. People always get enamored with prospects and they sour on their own guys. I am so tired of people telling me the Hartman trade was a slam dunk win because the Hawks got Viktor fucking Ejdsall and what turned out to be Nic Beaudin. I watched Edjsall last year when he was up…I told you that guy sucked. Nobody believed me. And guess what…he fucking sucks. Beaudin…I really like. Did you need him there? Did the Blackhawks really need ANOTHER small offensive defensmen instead of a guy like Hartman who could be had for CHEAP and helps your bottom 6? I don’t know. Remains to be seen. It’s not a slam dunk. I still say the Blackhawks should’ve tried to move back in that draft to the teens, take K’Andre Miller(who looks like a fucking STAR at Wisconsin) and then retain Hartman. You already have Mitchell and Jokiharju. Not mention a shit ton of other guys. I am rambling now. My point is that if you’re going to trade Duncan fucking Keith you better get a package that is a HOME RUN.

You need to look around for trade partners. Who could use a guy like Duncan Keith? A smart, veteran defenseman with tremendous leadership ability, a pretty favorable cap number, and a guy who(most importantly) can still really fucking play. The list of teams who can use a guy like that? Uhhh…literally everyone. Everyone who is in the playoffs needs Keith. And that list includes the 2019-20 Blackhawks, hopefully. Which is why it’d take a TON for me to entertain a Keith trade. I am sentimental for MY guys, but this is about pragmatism. So, when you’re looking at potential trade partners the other team better have a TON of draft capital and a high-end prospect ready to move.

There are really only three teams that jump off the page to me.

The Islanders don’t have a ton of draft capital in 2019. They’ve traded away the 2nd, 3rd, and 4th round picks, and while they own the Flames 2nd that pick will be at the end of the 2nd round since the Flames are a wagon. NOW…they did have a big class in 2018. Can a conversation for Keith start with Wahlstrom, Bode Wilde, and one of their top flight goalie prospects? I’d listen to an offer like that. The Hawks would have to find a replacement for Keith in their top 4 via free agency next summer, and you won’t find that easily or cheaply but that package would entice me enough to think about it.

The Avalanche scare the shit out of me. They’re set up to be LOADED for a long time. Keith could legit be the last piece of their championship puzzle. Never want to help a division rival get over the hump but the Avalanche have some intriguing players. Cale Makar wouldn’t happen, but would the Avs part with Tyson Barrie because they have Makar coming and Barrie’s deal expires after next year? The Avs also have an extra first round pick because the Senators are fucking morons. They might be willing to part with their own first, a couple prospects like Bowers and Timmins. That’d be another interesting offer, again, if you’re giving up on next year.

Vegas wants to win and keep on winning and they made that obvious over the summer by trading for Pacioretty and signing Stastny to long term deals. Keith would fit in nicely in their top 4 and help them everywhere. The Knights, as a product of the expansion draft wheeling and dealing, have a SHIT ton of draft capital. First round pick this year, three 2nd round picks next year, and they also have a well regarded farm system. Talk to me about Cody Glass and we can have a discussion about Keith.

It’s an interesting exercise. On Redline Radio yesterday I said I wanted the Hawks to put a bullet in my head this year by moving some pieces to indicate that the season was truly over. Keith would indicate that next year might be over too. I am NOT here for that. Fuck that noise. I think gun to my head I would say no to just about any deal, but as teams get desperate down the stretch they might go crazy and make an offer the Blackhawks can’t refuse. Could be a wild month here. Buckle up.