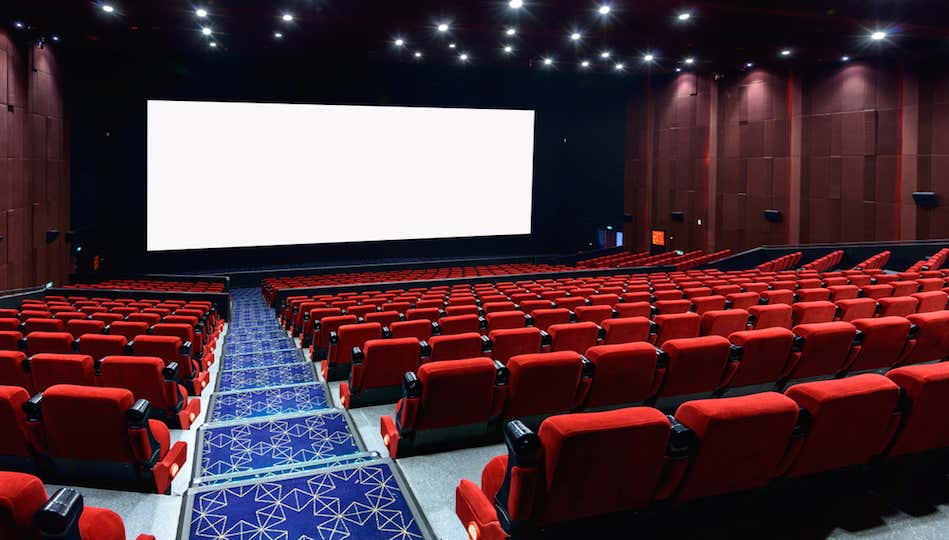 I’m a big movie theater guy, and this is something that’s been chapping my ass for years so I wanted to bring it to the table.

Why the hell do studios only release dog shit movies during the Winter?

Take a look at the schedule: 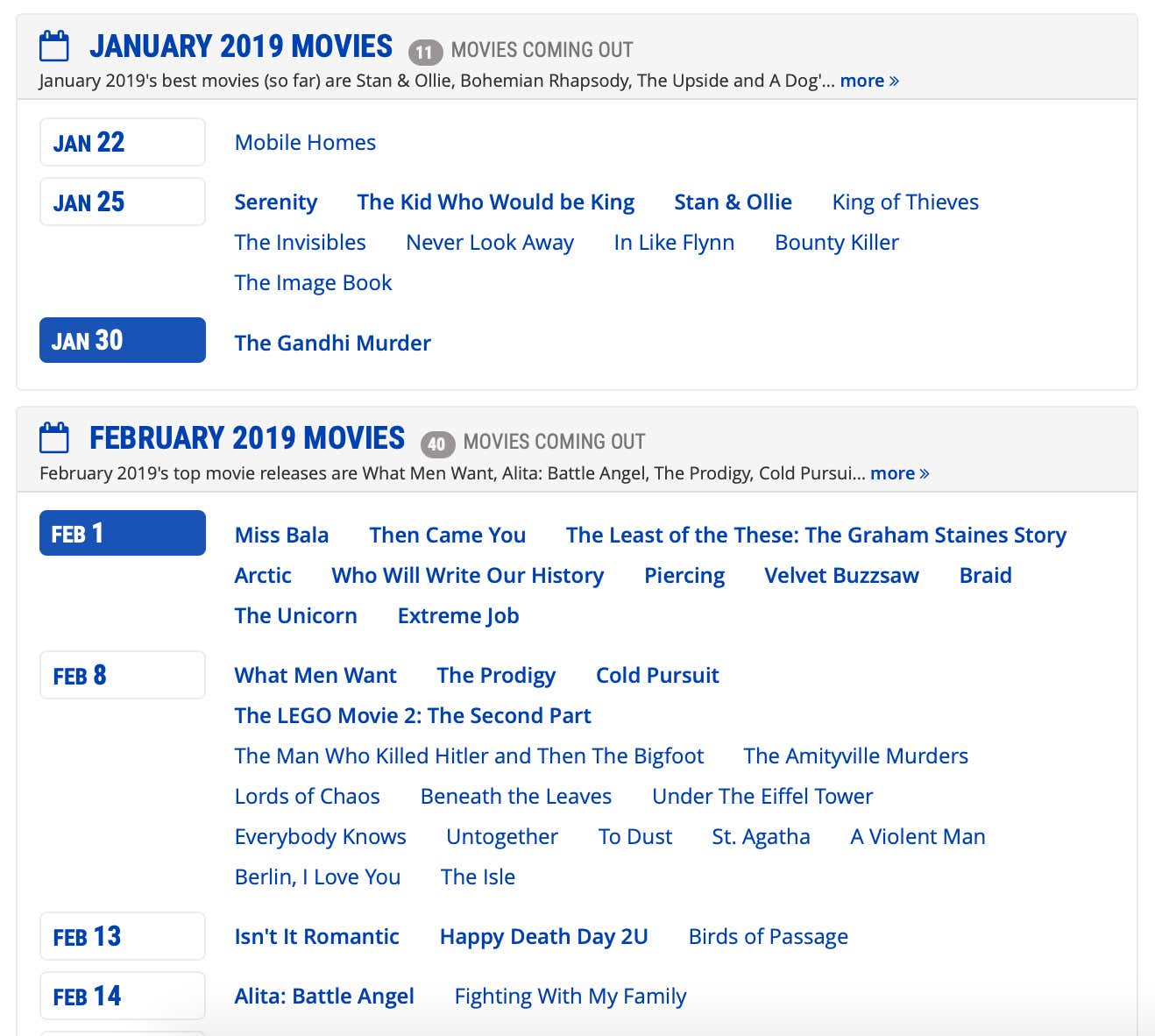 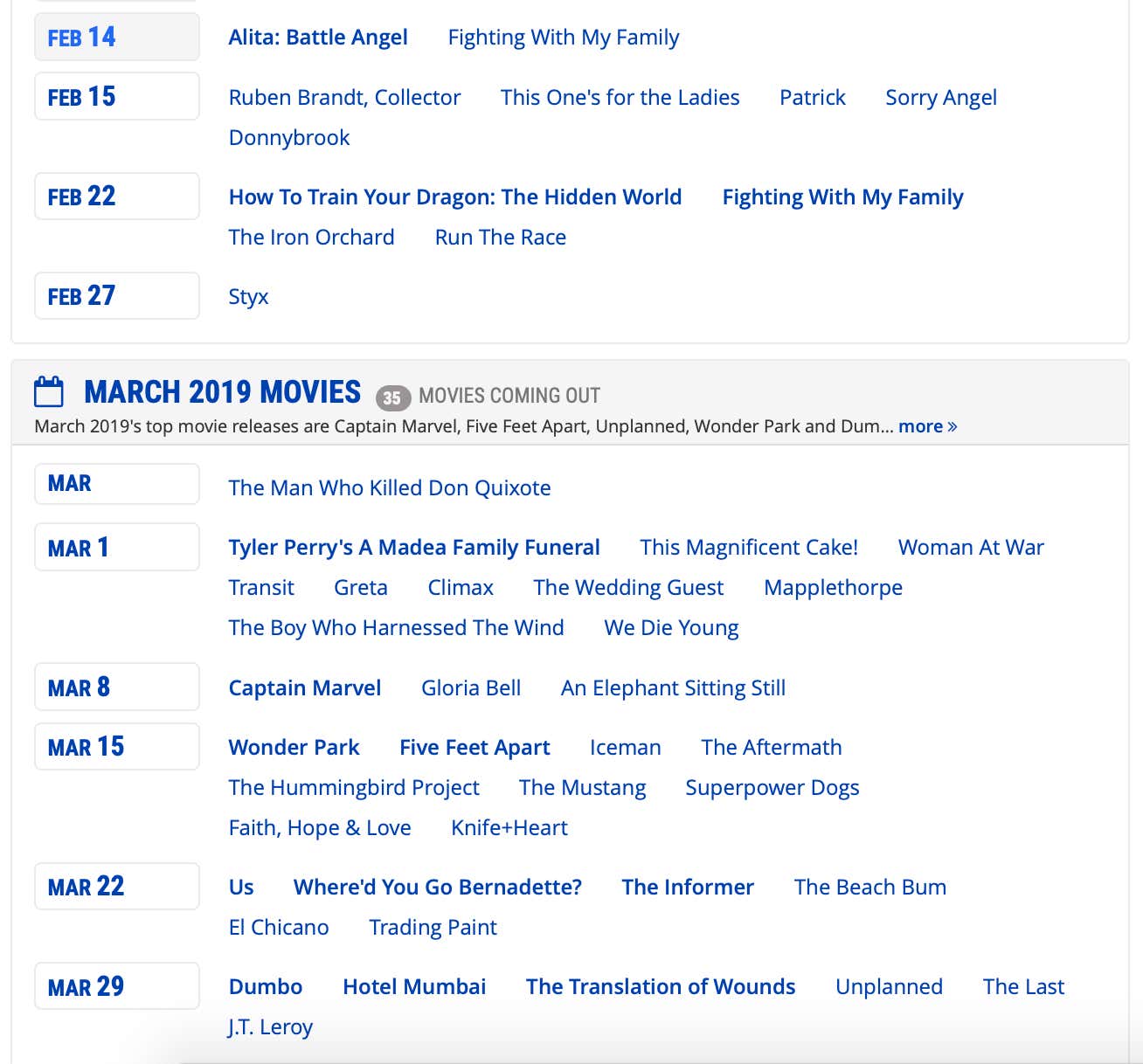 It wouldn’t let me get a full screen grab of January, but I can assure you the ones before January 22nd were just as bad as the ones that are shown. Unless you were excited for Glass which by most accounts was a pretty bad movie.

In Like Flynn? The Man Who Killed Hitler Then The Bigfoot? Under The Eiffel Tower?

What is that bullshit? I refuse to believe that those are actual movie titles. Thankfully March looks a little more promising with ‘Us’, ‘Captain Marvel’ (if you’re into that, i’m not), and ‘Dumbo’ is kind of intriguing.

But, anyway my point is that it’s going to be like -86 degrees in Chicago tomorrow. A time where everybody is looking to be indoors/do indoor activities, and the theaters are just like “Nah, wait until June/July to come visit us.” You know the nice weather months where we actually want to be outside on a patio enjoying the fact that we’re no longer freezing our asses off.

I’m not even the hardest guy to please when it comes to the movies either. I don’t need the fancy-pants ones that want to win awards to come out in January. I understand that they want those to come out at a time where they can best leverage themselves to win an Academy Award, but for fucks sake couldn’t they have given us Toy Story 4 or something? 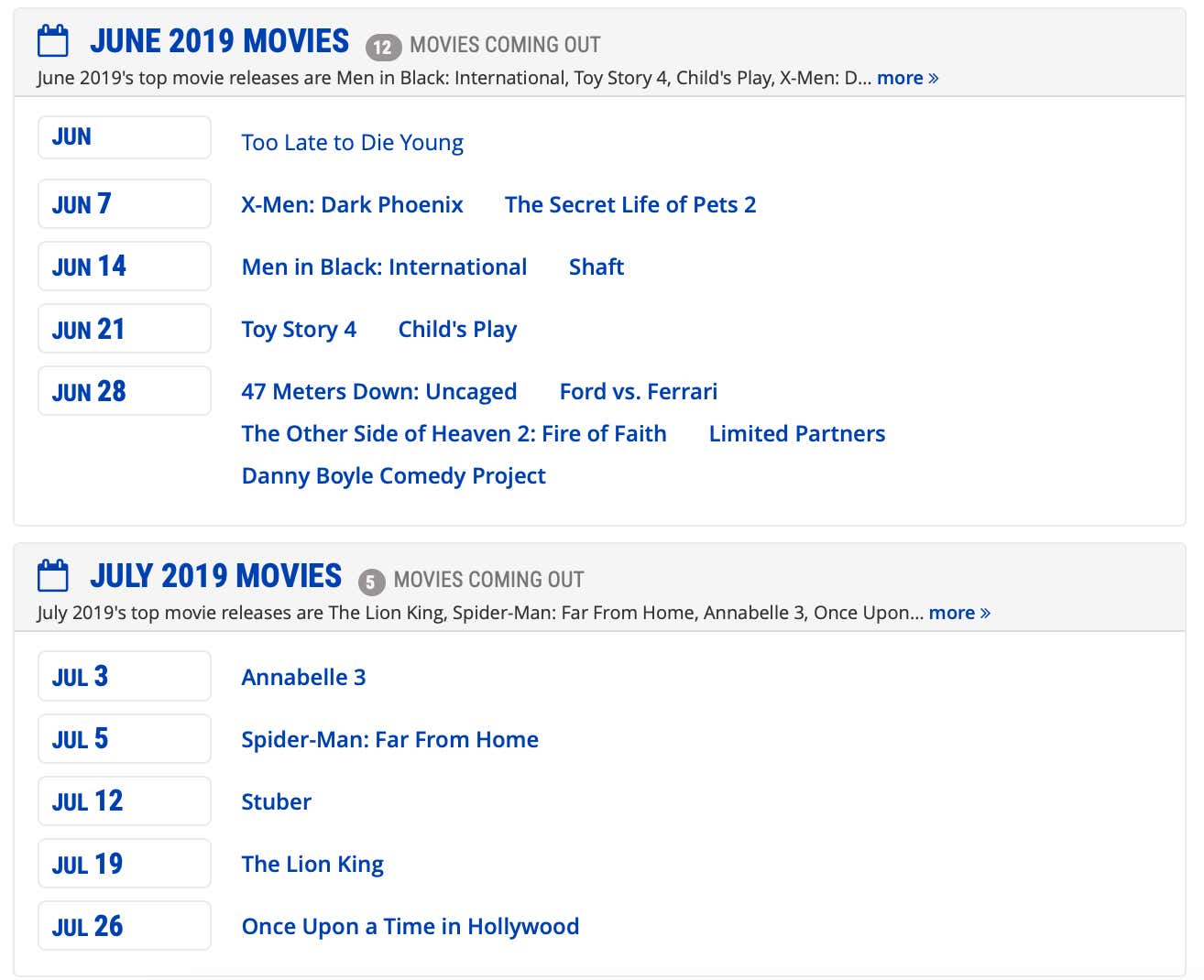 Nope, we gotta wait until June for it for that and every other good movie.

Fix this shit, Hollywood. We want good movies to see in the Winter.

P.S. – I can’t even begin to tell you how excited I am for Once Upon a Time in Hollywood and The Irishman. Both star studded casts with incredible directors. Hopefully they both deliver.