Source - When I get started, I don’t stop,” Future said on a recent shopping trip with Complex magazine. Indeed, the 35-year-old rapper could barely control himself while shooting an episode of “Sneaker Shopping” in Barneys’ shoe department, picking up pairs by Prada and Vetements for himself and styles from Chanel and Celine for his daughter, Londyn Wilburn.

“I be buying my little girl 10, 20 pairs of Chanel and she ain’t nothing but nine years old,” he said. “She got more bags than grown ladies. No cap.”

In total, Future left the store with a bill totaling more than $40,000 in shoes and clothes. Among his many purchases were Gucci slippers ($890), Givenchy socks ($160) and Buscemi sneakers($550). For Londyn, Future picked up Chanel rope sandals ($1,110), Balenciaga knit sneakers ($770) and Prada ankle boots ($990). Clearly, being the only girl among five siblings pays off.

“I shop every day,” he said. “I probably spend two to three hundred thousand dollars on clothes a month.” Despite his bragging, Future also seems to recognize that it’s not the best habit to drop more than $3 million per year on clothes. “It’s crazy — I gotta stop,” he concluded.

What. An. Idiot. I’ve never been a fan of Future because I’m not into shitty mumble rap, but now I’m really not a fan. And that’s not me being a hater, that’s me being a human with ears. The chorus of his most popular song is “Molly, Percocet.”

Music aside, anyone who spends $300,000 per MONTH on clothes doesn’t deserve to have $300,000 in the first place. Bill Gates is worth ninety-six-billion dollars and gets his clothes at Walmart. Future is barely worth thirty (million) and is spending money like a God damn Sheik. He’s not even that particularly well dressed. Most of the time he just looks like a goober. 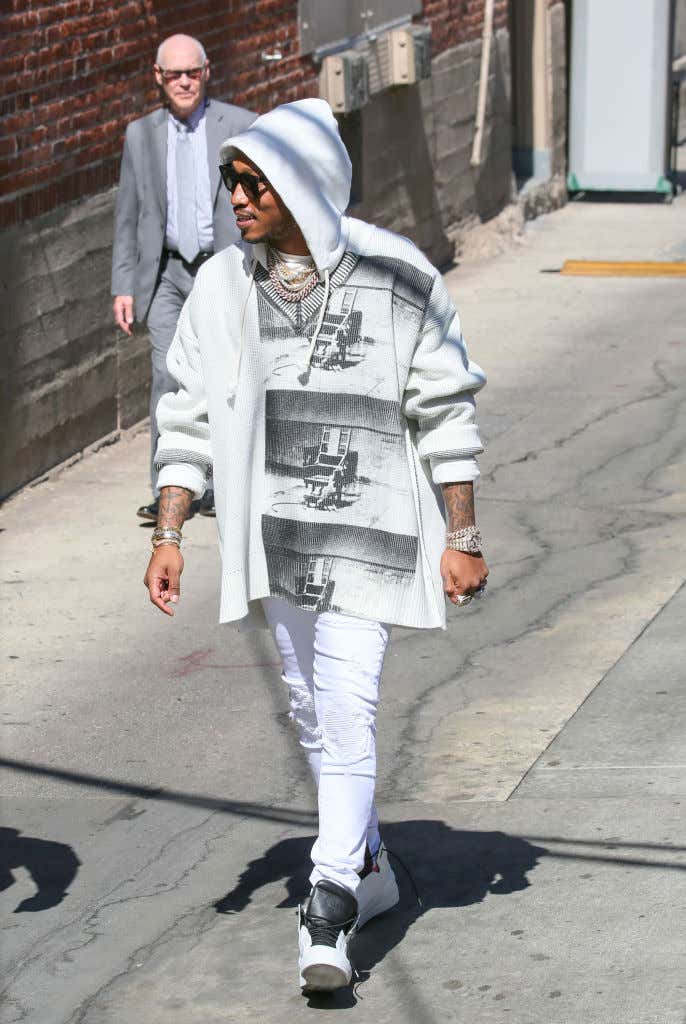 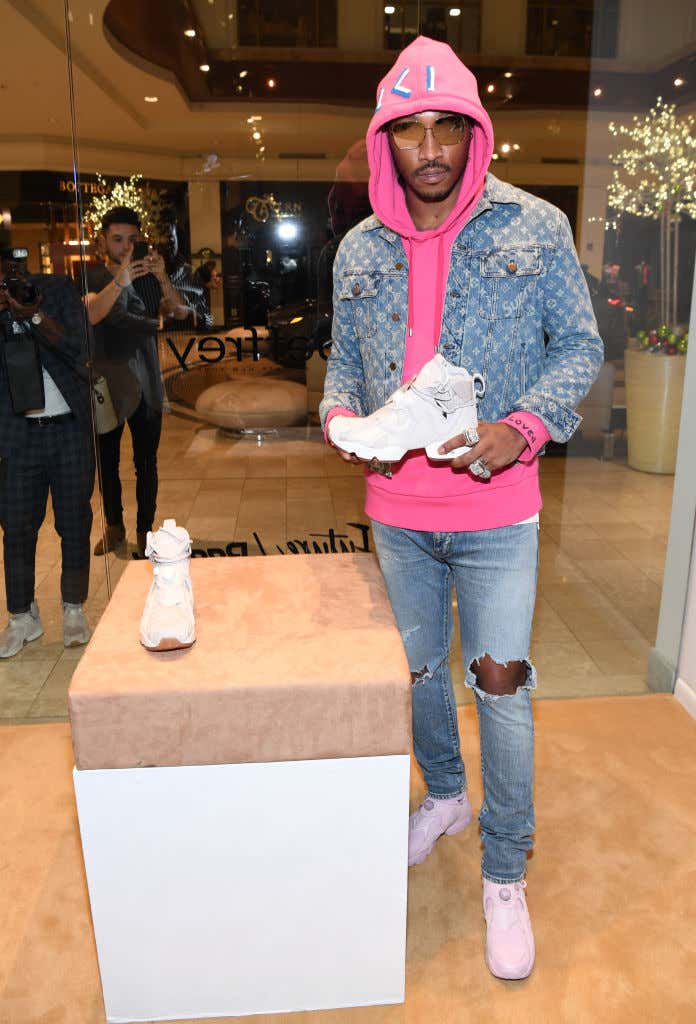 I get that he has an image to uphold, but still. I can only think of one other guy who spent that much money on clothes and that was Allen Iverson.

“Allen Iverson apparently wasnt’t a fan of bringing on the road during his NBA playing days, instead opting to buy a whole new set of clothing in each city that the Sixers played in…If you ever wondered how someone could piss away $200 milliion in career earnings, I guess leaving luggage at home is certainly one way to help do it.”

Luckily, he (his manager) had the foresight to put some of his money in a trust so he wouldn’t end up like Future is going to end up in the next few years: poor. But it could be worse, he could be addicted to drugs or alcohol or any of the other things that can destroy a person. This is his way of having #soberfun. He just spends too much money doing it.