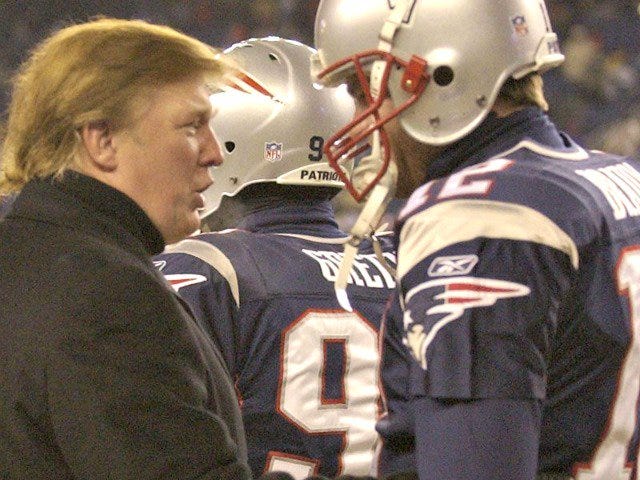 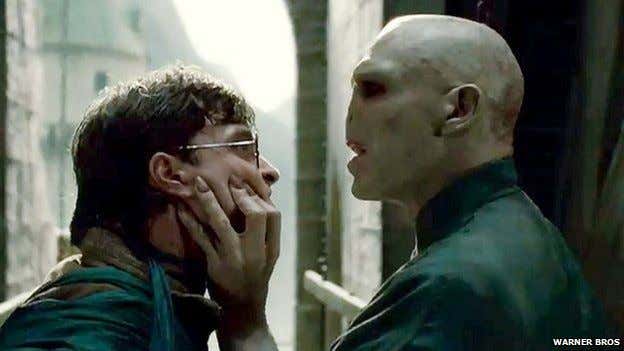 Source – “Harry Potter” actor Daniel Radcliffe says he won’t be rooting for Tom Brady and the Patriots in the Super Bowl next weekend because Brady was once pictured with a “Make America Great Again” hat in his locker. …

The sight of the hat, which appeared in Brady’s locker during a postgame interview in September 2015, still haunts Radcliffe. …

“The whole world is rooting against the Patriots … sorry,” Radcliffe said. “Take that MAGA hat out of your locker! I feel like that was the moment when as a country we were all like, ‘Come on, dude! You’re awesome…Don’t put that in here.”

I don’t know when I’ve ever been asked to make a choice of this magnitude (“MAGA-tude?” Nah. It doesn’t work for me.) in my entire life. When my loyalties have been so tested before. It’s said that the hottest places in Hell are reserved for those who remain neutral in an hour of crisis. But how can I be asked to take sides in a conflict like this?

Tom Brady vs. Harry Potter. The GOAT vs. The Boy Who Lived. The winner of five Super Bowls vs. the winner of [SPOILER] The Battle of Hogwarts. I shouldn’t be asked to make a choice here. But choose I must.

Here’ the thing. I’ve stood by Daniel Radcliffe through a lot. And it hasn’t always been easy. When he was getting picked on by Malfoy, Crabbe and Goyle. I supported him in the Triwizards Tournament even though he wasn’t even eligible. Through all those Quidditch matches even though the sport is stupid since the Snitch is worth like a million points rendering all that business with the Quaffle and Bludger completely irrelevant. When he was too much of a pussy to ask Cho Chang to the ball even though she was practically begging him to with her eyes. When he spent a whole movie sitting in a tent not figuring out Dumbledore’s Horcrux clues. Hell, how many of his parent’s friends did he get killed protecting him while I stayed on Team Harry all along?

But now? Frankly I think he’s being kind of a bitch about that MAGA hat. A guy ought to learn a lesson or two about what it’s like to demand conformity of ideas when he’s had to overcome the oppression of the Ministry of Magic, Delores Umbridge, Barty Crouch, Filch and Professor Snape, just to name a few. Hating a guy just because he once had a hat in his locker and stays friends with his old golf buddy is such a Death Eater move I can’t even tell you. Not to mention hating a guy just for winning too much. I expect better than that from the guy who killed He Who Shall Not Be Named. Lighten up, Radcliffe.