DUKE CHRONICLE – The director of graduate studies for a School of Medicine program has stepped down and the dean of the medical school has asked the Office of Institutional Equity to conduct a thorough review of the program in response to emails that surfaced Saturday.

Screenshots of the emails sent by Megan Neely, director of graduate studies for the Master of Biostatistics program, were posted online Saturday afternoon. Michael Schoenfeld, vice president for public affairs and government relations, confirmed that the screenshots were accurate to The Chronicle Saturday night. 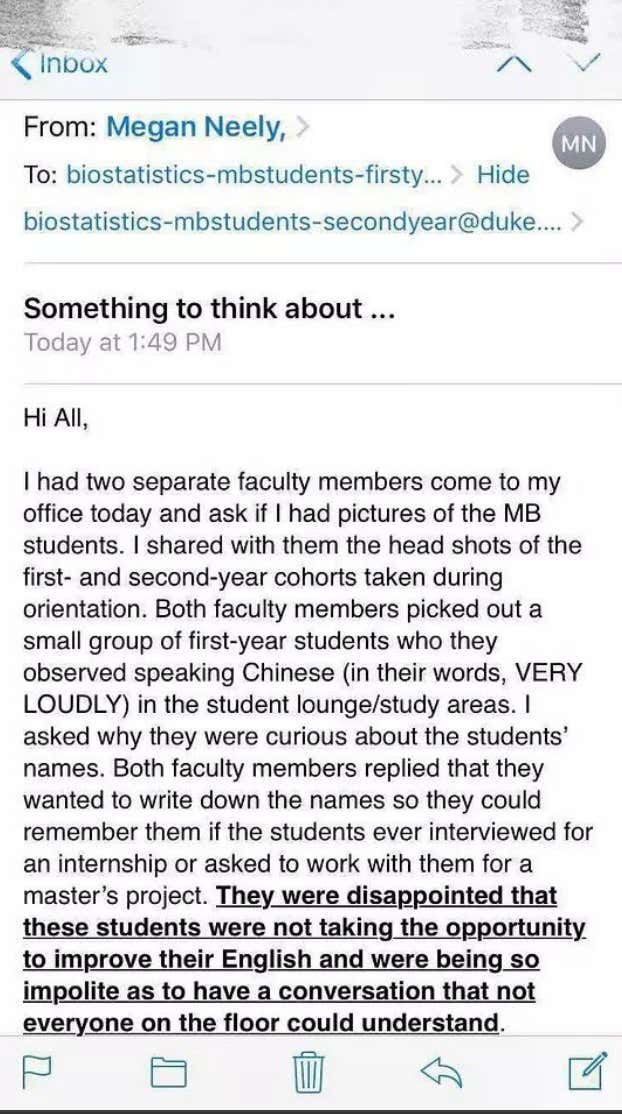 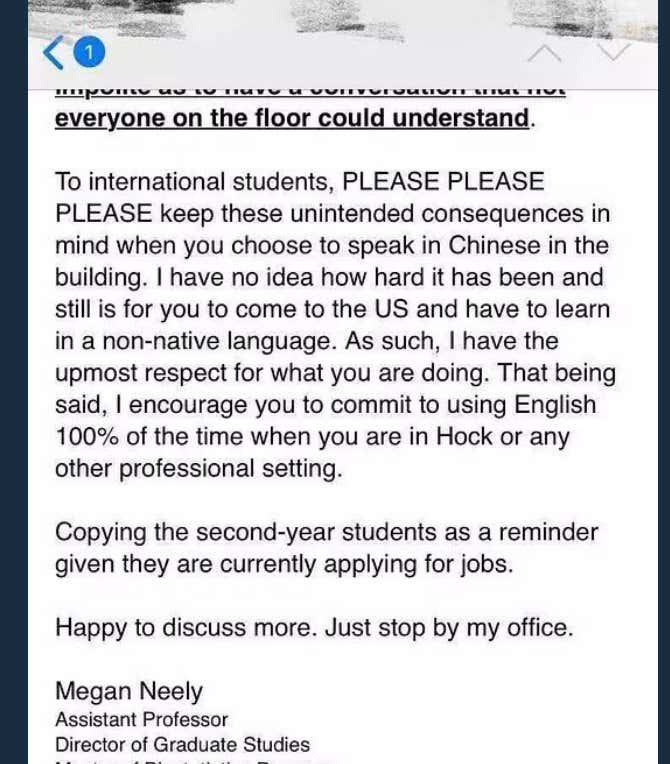 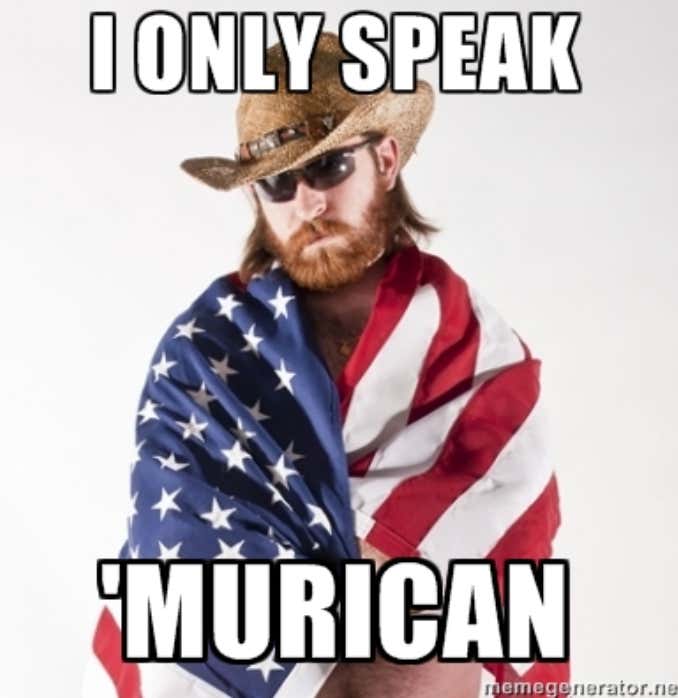 Starting to wonder if there are like, IQ tests or even just a common-sense evaluation or something when they hire college professors?

I mean I get what her point is here.  She’s not trying to be racist or drape herself in the American flag and become the real life “Speak ‘Murican” meme.  She thinks foreign students will have more success assimilating and improving their english and their classwork if they practice it in their free time as well.  Sure, rationally speaking (in either English or Chinese), that makes sense.

I guess I’m just wondering what this woman living in the year 2019, sending an email to Chinese students telling them to speak English in the school buildings, students who have at least 4 devices in their bags directly connected to social media platforms, thought was going to be the end result of her message.

First-year and second-year students in the Master of Biostatistics program received an email Friday afternoon from Neely, who encouraged them to “commit to using English 100% of the time” when they are in Hock Plaza—where the department is located—or other professional settings.

According to screenshots of the emails, Neely wrote that two faculty members had stopped by her office and asked to see photos of the first- and second-year biostatistics masters students so that they could identify a group of students who were “very loudly” speaking Chinese in a lounge or study area.

“They were disappointed that these students were not taking the opportunity to improve their English and were being so impolite as to have a conversation that not everyone on the floor could understand,” she wrote, according to the screenshots that were posted online.

Let’s break down the odds:

0.0000000001% – the students say hm, this is some helpful and useful advice, let’s read this message and stop talking to each other in our comfortable native tongues and start having conversations where none of us understand each other.

Unfortunately for Professor Neely, the long shot didn’t come in for her.

My freshman year roommate was from South Korea – he was the man.  He’d have all his South Korean friends come in and I hung out because they let me play Fifa with them.  The one thing that I can agree with Neely on is that when they all switched to Korean for 5-10 minutes and started laughing and looking at me, I knew my roommate was telling them how he walked in on me masturbating the other day and my dick was small or something like that, and it was uncomfortable.  That was impolite of them to make fun of my dick like that.  However I fully admit that it should have been on me to learn some Korean so I could properly defend my dick.  It was cold in there.