Listen to that reaction! Knicks fans are going harder for Melo than they did back when Durant was in town for crying out loud. Melo was always an enigma during his time in NYC, I feel like Knicks fans either loved him or hated him and there was no in between. He never really lived up to the expectations during his tenure as a Knick as the deepest they ever went was one second round appearance but you know what they say, time heals all wounds. Plus, things are different nowadays for Knicks fans and I have a theory as to why.

You see, it just so happens that a few days ago we learned this

That’s right, the Knicks are putting some of their best players on the trade block in order to fully embrace the tank. A quick look at the tanking standings suggests that’s a wise move 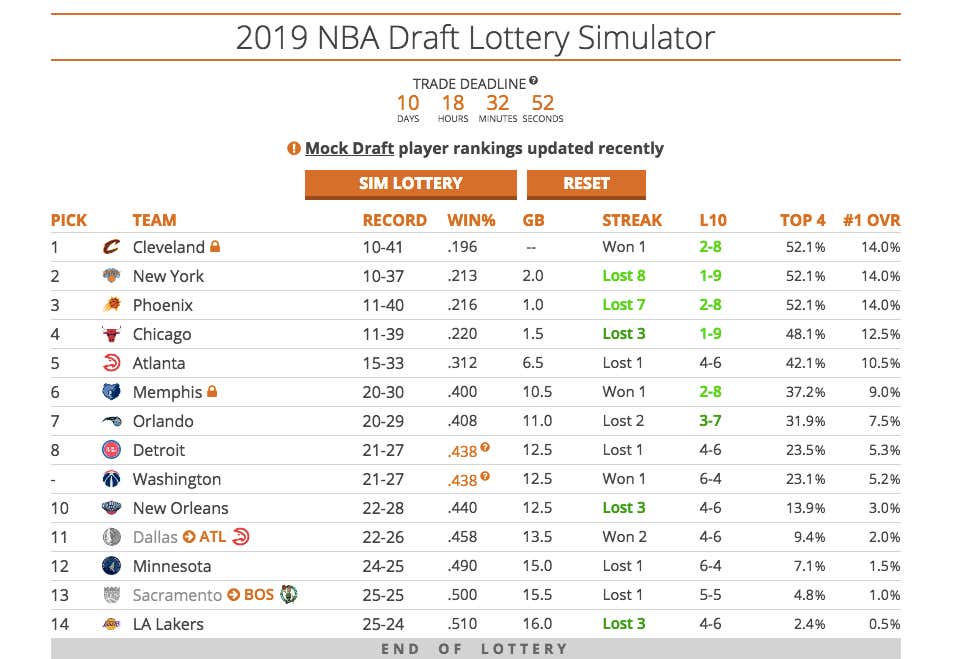 Well let me ask you. What better way to increase your chances at the best pick possible than going full circle and bringing Melo back to MSG? The Bulls have made the stupid decision to not keep him and play him 35 minutes to ensure their lottery position, so why shouldn’t the Knicks take advantage? For such a dumpster fire organization they’ve actually made some decent decisions recently. Noah Vonleh can really play and they found a steal in Alonzo Trier. You could make the case this front office is on a hot streak and adding Melo might be just what they need. Plus you know that dickhead James Dolan would be down because it would probably sell tickets AND improve his tanking chances so really it’s a win for everyone involved that in no way could backfire in classic Knicks fashion.

I know Melo has a rocky past with this team, it’s the best way for Melo to make up for I would call a pretty underachieving Knicks tenure. Do your part to bring them their next franchise player and you instantly become a Knicks legend instead of a joke. Maybe that’s how Melo’s story ends, and seeing as how no other team in the league even wants him that makes him even more perfect for the Knicks. I expect that Woj/Shams bomb any day now you heard it here first.

Because when a player like Zion is at stake, you learn to live with contested 20fters and no defense. In fact, you should prefer it