Well what the hell is this? Golf twitter is abuzz right now trying to decide what color Tiger’s shirt is today, red or pink. It’s the stripes that are confusing people (myself included). The colored stripes mixed with the white stripes certainly makes the stripes look………..like a lighter shade of red. Some people might call that color pink. I’m not saying that but some people are saying that. This feels like The Dress all over again and I don’t like it one bit.

Honestly, my eyes tell me the shirt is pink but my heart and my brain tell me the shirt is red. It has to be red. It just has to be. Why wouldn’t it be red? Why, after literally decades, would Tiger decide to wear a pink shirt on a Sunday instead of red? Makes zero sense. It’s the strongest brand we have in this world. The sun rises in the east, sets in the west and Tiger Woods wears red on Sundays. That’s how the world has always worked. For the most part, life is nothing more than chaotic entropy but Tiger wearing red on the Sunday of a golf tournament is one of the few things we can count on and it should never come into question. Ever. I won’t go as far as to say that this is Tiger’s fault but this debate shouldn’t happen in the first place. Nike should just send him a standard Tiger Red shirt every week so we don’t have to do this.

Do this, every week. Simple. 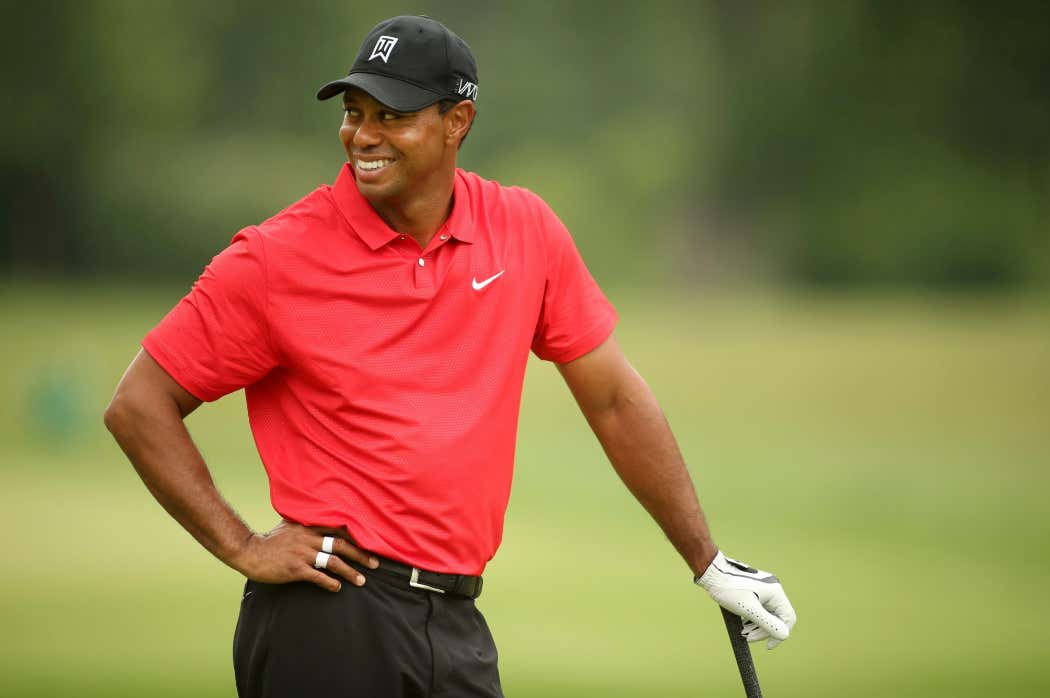