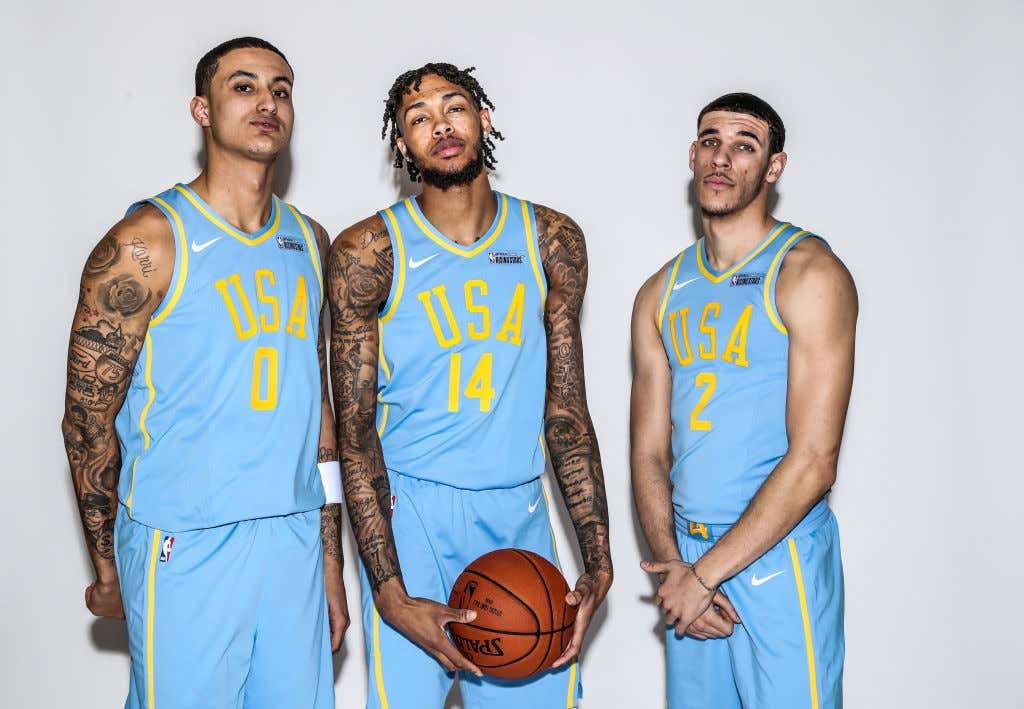 This made me laugh when I saw it today. Despite the fact that Anthony Davis already came out and said he’s not going to demand an in season trade, here come the Lakers officially putting all their young pieces on the block as if that changes a goddamn thing. The report goes on to say there are two things the Lakers are looking for this deadline

1. A three point shooter to help them solidify their playoff chances

2. A superstar to go with LeBron James

It’s clear LeBron has made his demands known to Magic and Rob Pelinka that it’s time to make a move. There are even rumblings from Jackie MacMullan that he even has talked about how Luke Walton needs to be replaced. But let’s focus on the meat of this story about how finally they are making Kyle Kuzma, Lonzo Ball, and Brandon Ingram available for the right superstar. That’s cute. The only problem is the rest of the league has eyeballs and a brain, and in no world is that close to an attractive offer. Allow me to explain by looking at each of these prospects one by one

Remember when he was supposed to be Kevin Durant 2.0? My guess is he’s the headlining player in this deal, and that’s bad news for whoever trades for him. My question is what part of his game do the Lakers feel is good enough to warrant a blue chip superstar? Is it his 29% three point shooting? Maybe his 99 Ortg and 111 Drtg? Did you know he ranks 279th in defensive plus/minus? Not good! Now in Year 3 playing heavy minutes each night, we’ve seen exactly zero progress on either end from Ingram so for him to be a centerpiece of that trade for someone like….Anthony Davis, is very funny. He has a negative offensive win share rating this season and offense was supposed to be what he’s good at? Yikes.

Not to mention the Lakers have a better net rating when he’s off the floor, which is exactly what you want to see if you’re a team trading your best player.

In my opinion, he’s the best of these tree and that’s still not saying all that much. While it’s true he’s their second best scorer outside of LeBron, he still only shoots 30% from three and doesn’t realize he stinks at it because he takes over 6 threes a night. Much like Ingram he’s a gigantic defensive liability with a 110 rating (and -4 overall net rating) and if he represents the best player in this deal then what are we even doing. Now Kyle Kuzma is worth a superstar? Are the Lakers brain dead?

I know if I’m trading a superstar the one thing I want is a point guard who can’t shoot. It’s not like shooting is an important skill for that position in today’s NBA. Maybe his 40/32% splits might be attractive to someone, but only if that someone is blind. Now it’s true, Lonzo sure can pass, but what good does it do if on this new team he’s forced to pass it to Ingram/Kuzma both of whom can’t shoot? He’s the best defender of the three with s 108 rating, but he’s so bad offensively he current has a -7 net rating. That’s bad.

It should also be stated that much like Ingram, the Lakers are actually better this year in terms of overall net rating when Lonzo is off the floor. Just so we’re keeping track, the Lakers think two players that actually make their team worse when they play warrant a second superstar. Got it.

To make things even more amusing, the Lakers don’t even have attractive draft picks to offer. They have their own 1st rd pick in 2019, and then some seconds, then moving forward to 2020/21/22 they have their own first and second round picks. But if I’m an opposing team and I’m giving LeBron another superstar, how bad are they going to be? Those picks are dogshit and almost as embarrassing as the talent they are including in this whole trade. These are young players that have proved so far this season they can’t carry the Lakers without LeBron, so why should we think they would be able to carry a different team that doesn’t have LeBron. Especially if that team is going to be in the West? Have some self awareness for me one time Lakers jesus.

The reality of the situation is LeBron knows these players are trash. Even if he likes one of them like Kuzma, he knows they all have to go just to bring something of value back. But I can assure you that most likely will not be a superstar in the next few weeks. Sure they could add shooting depth like Wayne Ellington or Trevor Ariza or Terrance Ross, but that is a small step down from giving LeBron a star running mate.

It’s a good thing LeBron doesn’t care about winning anymore, or else he’d probably be pretty upset. I guess he’ll just have to accept his new reality 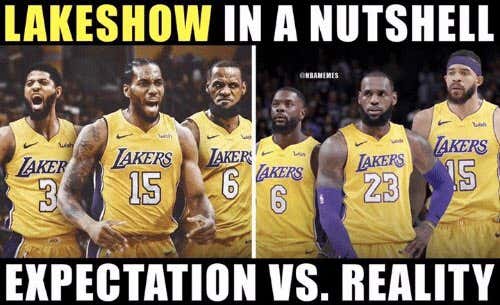