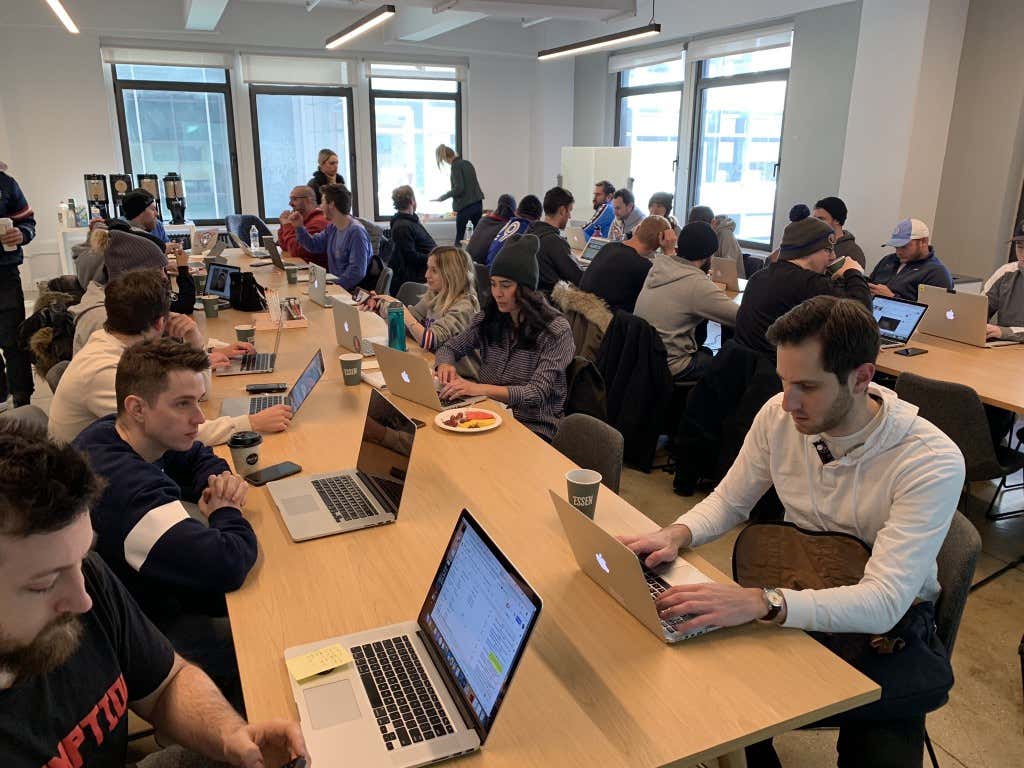 Welcome back to the HQ Week In Review. This is a less jam-packed version than usual. I missed some of the week with a lingering cold, and the office is slowly thinning out as people leave for Atlanta/also get sick. Nonetheless, we still have a week to recap.

Coming off the high of the Patriots win, Monday was mainly a victory lap day for the Boston fans in the office. But it was also something else that’s very important – Martin Luther King Jr. Day. We were open.

Meanwhile, The Rocket was coming off a weekend of kissing babies and signing tits.

But he had to deal with the aftermath of only throwing 68 MPH on the radar gun. White Sox Dave was at his neck.

Later in the day, I got kicked off Barstool Radio for being too sick, so I missed some of the action. I hate missing out on the action.

Some people made fun of it for being too short, but I disagree. I found it very helpful and actually took 3 pages of notes in a Google Doc. I guess that’s to be expected from a teacher’s pet, though. Overall, it mostly just turned into an hour-long roast of Greenie and Reags.

Tuesday was also the announcement of “Big Brain.” You can sign up for that HERE.

I was off radio again because as Dave said, I’m basically living in Oregon Trail days and the common cold could just kill me.

On the show, Dave suggested that Dave Portnoy 2 may be hunting down some of Dave Portnoy 1’s enemies during Super Bowl Week.

Still fighting my nasty cold, I made it in to do Laces Out. Willie made me put on a surgical mask.

I was sent home immediately after the podcast.

There was some fallout from Kayce’s blog taking a shot at the social team.

He’s the best at what he does.

Fast forward to Barstool Radio, and Drinkin’ Buddy Brett was on the hotseat.

The new and improved Barstool RV arrived at HQ for its trip down to Atlanta.

Pardon My Take, Kate, and Rone are all heading down on it. They seem to be having a wonderful time.

Back at HQ, things were pretty clam. The office was thinning out with people on their way to Atlanta/home sick. With both Dave and Big Cat out, RnR7 competitors Marty Mush and Matt Brown took over hosting duties for Advisors. It went exactly as you’d expect.

Another pretty dead day in the office with seemingly everyone gone. We did have the rapper Gashi stop by to do Thinker and some other content. He and his manager were big fans of the Smokeshows Instagram account and were excited to meet me. His manager said everyone at Roc Nation loves the page. I was flattered.

And that’s a wrap for a relatively slow week at HQ. We’re on to Atlanta.