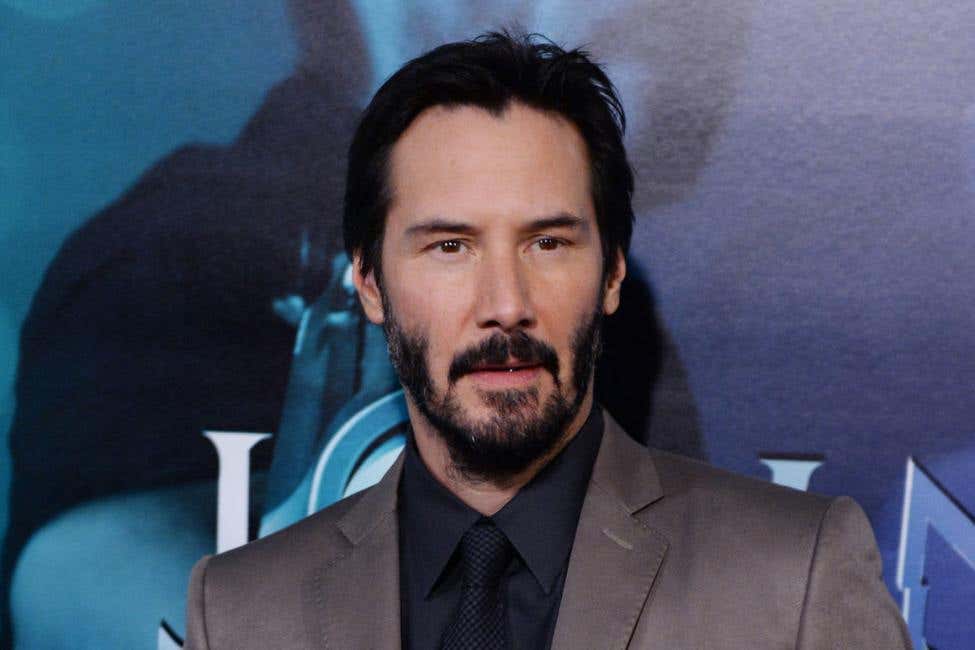 Keanu Reeves is probably most well known from his role as Heaver in the hit film Youngblood. Others may know him from films such as Bill & Ted’s Excellent Adventure, The Matrix, and John Wick 2. He’s a Canadian actor and like all Canadians, Keanu Reeves was born with a hockey stick in his hand. But how far does Keanu Reeves’ love for the game go? We know that one of his earliest roles was in a hockey movie. We know that he’s played goalie in a few charity games here and there. But just exactly how much does Keanu Reeves love hockey?

We’ll let him answer that himself in a Reddit AMA he did some time ago. 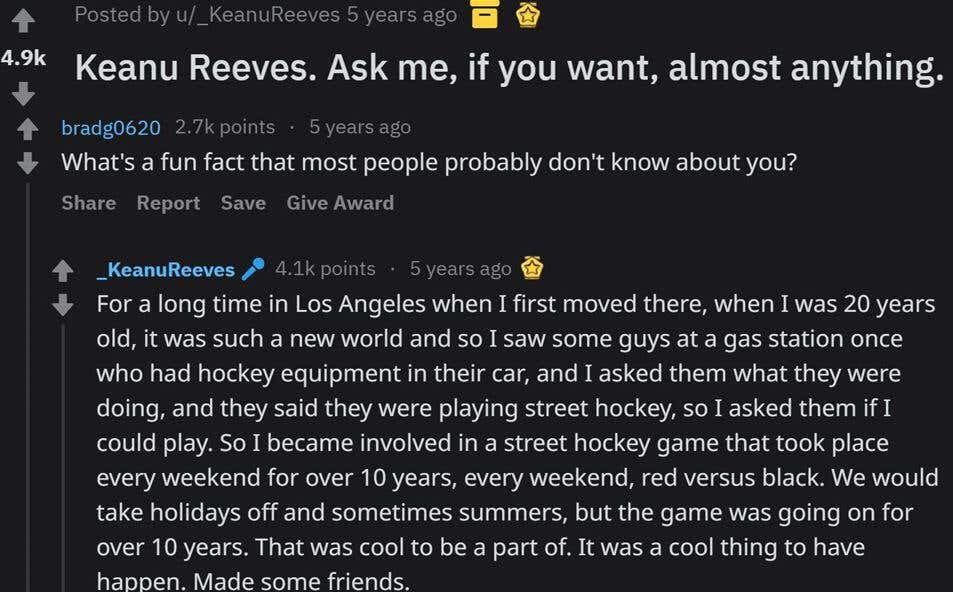 Every weekend for 10 goddamn years. Every single weekend, with the exception of some holidays and sometimes in the summer. You may love breaking out the sticks and getting a little street puck action going with your boys every now and then. But to play almost every weekend for 10 years straight? You’ve got to love that shit more than you love anything else in your life to make that sort of commitment.

Keanu Reeves said that this started when he was 20. He was born in 1964 so that means that he was playing street hockey almost every weekend from 1984-1994. In that time period, he was in Youngblood, he was in Bill & Ted’s Excellent Adventure, and he was in Point Break. Imagine having a weekly street hockey game set up and Johnny Utah is hopping in the net on a regular basis. What I would do to be able to take just a few shots on him, let alone have a game set up every weekend with him.

Quick Sidenote here but this is exactly why I always have at least one or two hockey sticks in my car at all times. You never know when you’re going to come across a random pick up game and you never know when you could run into Keanu Reeves playing goalie. People always get into the passenger side of my car and they bitch to me about having to step over the hockey sticks to get in. They say hurtful shit like, “you fucking suck and you haven’t played a competitive game of hockey since 2010. Get the sticks out of your car”. But then I tell them about how I could run into Keanu Reeves playing street hockey one day and they finally understand what it’s all about.