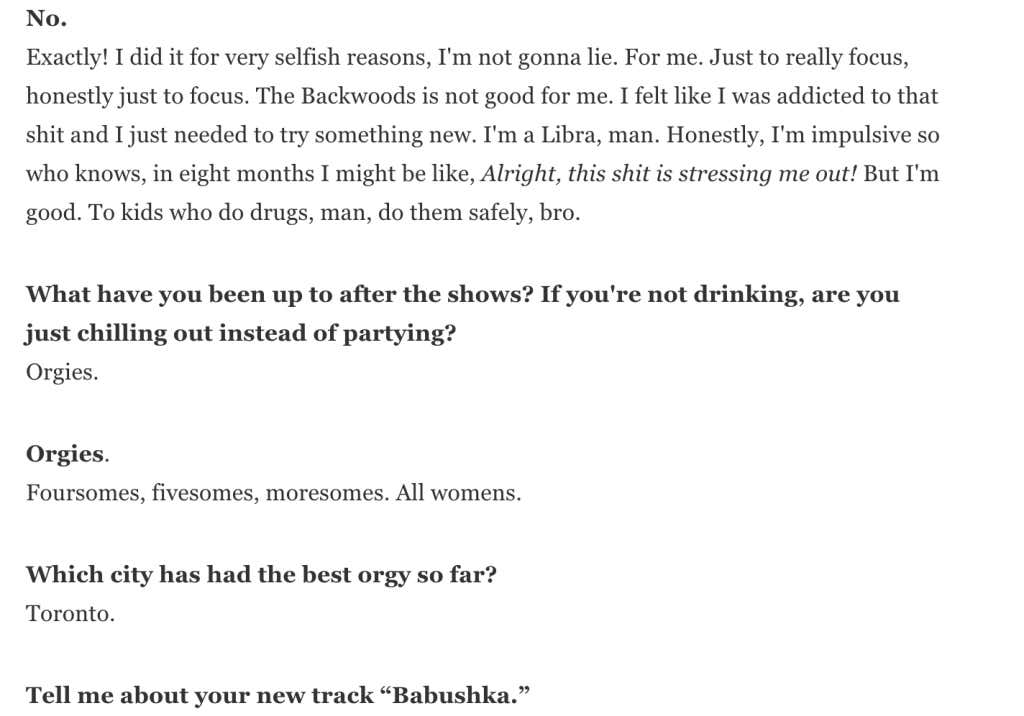 I don’t know A$AP Rocky that well. Well, I should say that I don’t know his music that well, because I know him as the dude who has one of the best smiles in the world and I also know him from the underrated movie Dope. But mostly it’s the smile. Just an electric set of teeth on A$AP.

Anyway, interesting sobriety strategy here: just fuck so much that you don’t have time to do anything except fuck. I’ve never really considered sobriety so I’m not sure what a regular tactic would be, but I feel like “have sex with tons of strangers at once” isn’t in any of the books. Think they tend to lean more towards finding god, seeing how it affects others, learning to have fun without drugs and alcohol, accepting how much healthier you feel, exercising, etc. Plus, it’s not exactly the most hopeful strategy in the world for us regular folk, you know? If I was considering getting sober this straight up wouldn’t be an option for me. I feel like sobriety is like losing weight and whenever someone does it they automatically consider themselves an expert and need to tell you their routine, but if someone came up to me and said, “Yeah, I gave up drugs and alcohol. Now I just have international foursomes, fivesomes, and moresomes. All womens,” then I’d have no choice but to punch them in the face.