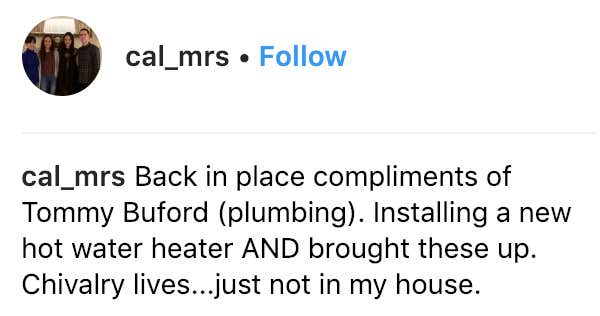 I saw this floating around today and I have to admit. I am absolutely appalled by this question.

John Calipari should not be taking out his own trash.

No, Kentucky fans should be lined up outside his house waiting for him to appear and grab the trash from him. Nay, they should be lined up and before the trash is even ready to go out take out for him. It’s the least they can do for a coach that has made Kentucky relevant again after the end of Tubby Smith and the Billy Gillispie era.

Also, don’t think I see what’s going on here. This is a Louisville radio station tweeting this out. Don’t you dare try to stir up some controversy in the Calipari household following Ellen’s Instagram. And don’t try to get between Calipari and fans because of a trash question. In fact, he should be making more money and should have fans doing all of his chores. And Ellen Calipari should be able to sit back and relax. Let her be pampered as the first lady of Kentucky and really college basketball.

So it’d be an honor to be the trash man for the Calipari funny. Throw me a couple good seats, a ride on the private plane and some of Ellen Calipari’s famous brownies and we got ourselves a deal.

Let him and Mrs. Calipari work on what’s important. Game plans and taking care of the puppies.