Of all the accomplishments in the 60 year history of the Boston/New England Patriots, one now stands alone. It’s one thing to be going to your record 11th Super Bowl, playing for your record-tying 6th title. To set a record for wins in a decade (126 in 2000-09) and then break that record (127 in 2010-present) while adding a record 15 postseason wins (and counting). But all that pales in comparison to successfully doing the impossible: Driving Michael Wilbon insane.

How long has PTI been on? Wikipedia says it first went on the air in October of 2001. So since about the start of the Patriots Dynasty. Which means for over 18 years Wilbon and Tony Kornheiser have been witness to triumphs, tragedies, scandals, crimes, inspirations, controversies … essentially the Alpha and Omega of the human athletic experience and everything in between. And it took the Patriots beating the Chiefs to finally drive Wilbon over the edge.

I mean, this is Patriots Derangement Syndrome at its extreme. This isn’t merely being pissy about the Pats spoiling your Super Bowl party yet again like Max Kellerman or Shannon Sharpe. Or poor, hapless Rex Ryan:

This is madness. It’s insanity. As in Wilbon – a normally rational and thoughtful guy – needs professional help. He honestly compared the AFC title game to the 2002 Lakers at Kings Game 6. The most notorious game of our lifetimes that a crooked NBA official admitted under oath was fixed to force a Game 7. Because a bouncing punt missed Julian Edelman’s hands. Because a pass rusher touched Tom Brady’s helmet, which is not in doubt and a completely black & white call that gets flagged 100 percent of the time it happens, regardless of how hard the QB is hit. Because Dee Ford was dumb enough to line up in the neutral zone. 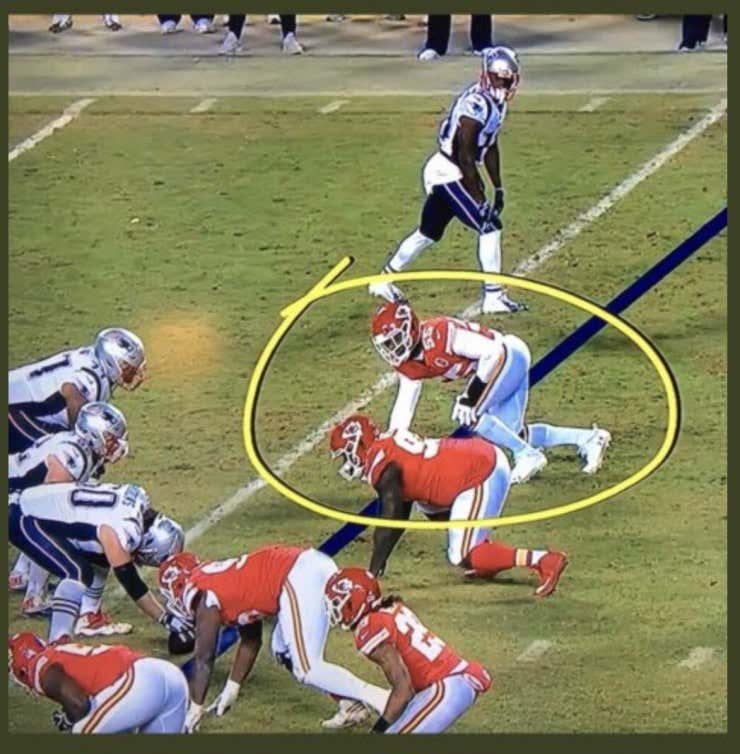 I’m no psychologist, but I think a classic symptom of PDS is fixating on the calls that went in their favor while ignoring the blatant calls and non-calls that cost them. To wit, this obvious hold on Gronk:

This non-call of roughness against Edelman: 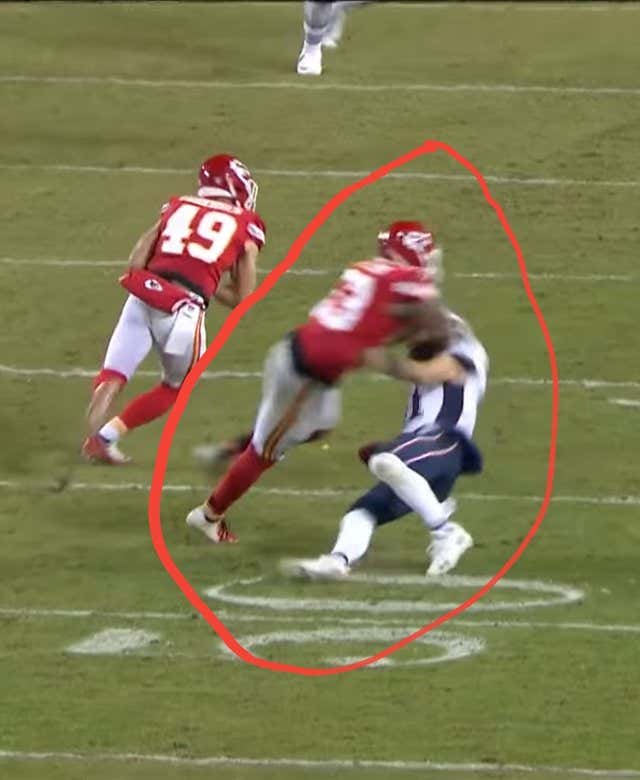 Or the helmet-to-Cordarelle Patterson’s-helmet on the slant pass that Brady apologized for in the locker room. The pick play on JC Jackson that wasn’t called. And while it didn’t impact the game because he made the catch of the year, this egregious PI in the end zone on Phillip Dorsett. Which I include just to show how generally bad the officiating was:

Hell, Wilbon, let’s just talk about the fact Chiefs fans were trying to blind Brady with a fucking laser pointer?

On second thought, let’s not. You’re in no shape for that. Instead, let’s get you the counseling you so obviously need. On behalf of New Englanders everywhere, I am going to provide you with a social worker who can have you point to an anatomically correct doll so you can tell her where the bad man did this to you.