So, ever since this “world famous egg” arrived on the scene, people have been wondering who’s behind it. I personally do not care. I think it’s better if we never find out. But if you were curious, you’re in luck! This guy, Nikolay Nikolov, knows!

MASHABLE – I know the person behind the egg. I even bought them a beer once in London. And I’ve been following the craziness since Jan. 8 when, at 600,000 likes, it seemed like a good idea to bring up if we ever saw each other for a beer again. (We haven’t yet, despite my attempts to arrange an interview.)

So, essentially, this guy knows who the infamous Instagram egg is, but is refusing to say. That’s annoying enough in it’s own right, but that’s not what my blog is about. My main thought while reading this article was oh shut the fuuuuck upppp. Oh my GOD. Shut up. Shut upppp you pretentious ass fuck. It’s a picture of an egg that a bunch of people liked to knock Kylie Jenner off the top. It’s not that deep. Anyways, here are my favorite lines:

“An egg, above all else, is a sign of life (also FYI, of cholesterol)”

The cholesterol thing is such a weird non-sequitur that it almost makes you forget that this man is trying to narrate an Instagram phenomenon like a David Attenborough nature documentary. I think this is said word-for-word in Planet Earth.

“They are roughly the same age as surrealist painter René Magritte was when he painted the famed pipe in “The Treachery of Images” painting. The bottom of the painting of a pipe is lined with a cursive, reading, “Ceci n’est pas une pipe” (This is not a pipe). Magritte’s point is simple: to equate the representation with the object is to have lied.” 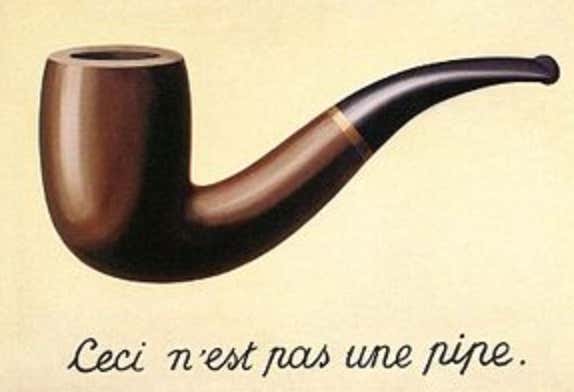 This is such an unbelievably insufferable take. Just to bring up surrealism and Magritte is bad enough, but trying to connect it here is inane. I mean, no shit. The egg picture is not just an egg. There’s someone behind it. Dog accounts on instagram are not just dogs, they’ve got owners who are posting for them. There’s no one out there thinking this is a sentient egg. It’s just not that deep, guy. To claim art is real life is lying? Like, okay, no shit. A painting of an apple is not an apple… it’s a painting of an apple… obviously? What does that add into the world? Fucking nothing.

“In some ways the egg is what the internet deserves.”

The thing about this guy is he’s decided this egg is some deeply important metaphor, placing a mirror on society, forcing us to stare into the deep abyss of our collective conscious. And it’s not. It’s a dumb, fun, diverting thing that entertained us for a moment.

“Let me not spoil the brilliance of the internet-age Shakespearean  tragedy of the egg by revealing who the author is.”

I mean, that speaks for itself, right?

Listen, let’s not make things more difficult than they need to be. This guy is a real dick, and he’s fun to make fun of, but most of us can agree: most of the time, a social media phenomenon is just something us dumb kids do for fun.