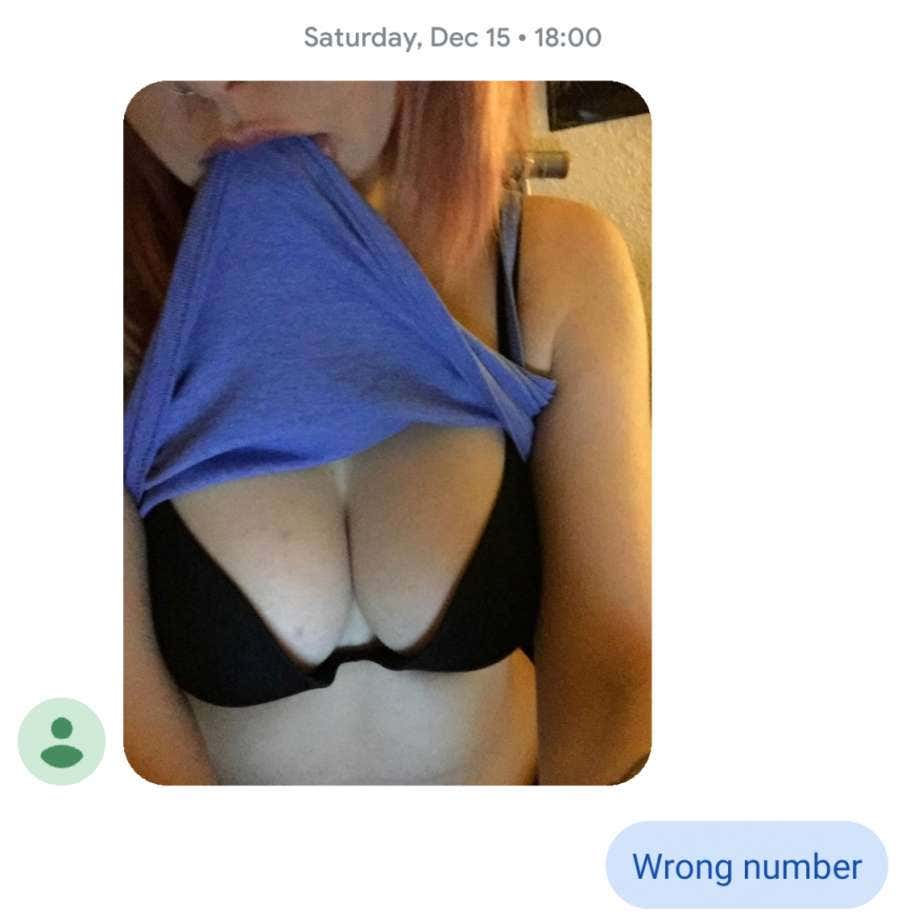 SFGate Within a few weeks of each other, two friends of mine in the Bay Area independently received a text with the same unsolicited photo of a woman’s bra-clad, but otherwise exposed, cleavage sent from an area code in central Pennsylvania last month. Both of them, curious as to the provenance of the boobs, replied and asked who was texting them. It was clear some scam was afoot. But what was it? They wanted to know the endgame.

Local Redditors, too, have reported similar missives. “Anyone else in SF getting texts from a random number who sends you a nude and then tries to flirt with you over text?” wrote Redditor NaturalPerspective earlier this month. “I have had three people tell me it has also happened to them in the past 3 weeks. Wondering what is going on.” If you yourself have gotten a similar text out of nowhere and wondered where the trail of breadcrumbs lead — Phishing? Blackmail? Viral marketing? — we followed them, so you don’t have to.

Back to my friends and the boob-texter. In both cases, when they replied saying the Pennsylvanian texter had the wrong number, the pictures were followed by a bashful disclaimer, then a flirtatious invitation to continue chatting. “How embarrassing I thought this was someone I talked to on a dating app. I’m so sorry!” went one such reply. “Are you in Sanborn also? and are you a even guy? lol.”

Another text followed when there was no reply for a few minutes: “u leave me?” “I don’t know you, so….” replied the recipient. The texter then introduced herself as Jen and asked if my friend was also in Sanborn. The town appears to be a section of Woodward Township, Pa., home to the country’s most established producer of fire insurance maps, a church, and not a whole lot else.

“It’s nice to meet you lol, this is gonna sound crazy but everything happens for a reason right?….. :)” she replied. “I’m kind of bored out here,” continued the texter, before asking if the recipient was a “booty man.” “You’re not a good listener,” my friend replied. The texter responded by sending another bra picture and an invitation to hang out. Then, finally, the point of the exchange was revealed: Basically, it’s a mix between a scam and a marketing scheme, apparently designed to drive the textee to particular channels on a camming site.

Just when you thought the spammers of Earth had reached their highest point of evil by bombarding your phone with calls from numbers that are jussssst like yours except with a few digits changed every other hour to get you to answer, they go Clickbait Smits on us and bring sex into the equation. To be honest, I am floored that it took this long for the dregs of society to embrace the ageless expression of “Sex Sells” to get a response. Think of just all the sports websites built upon the racks of women. Deadspin, Sports Illustrated, Barstool Sports, and a zillion others (even though only Barstool gets vilified for some reason). Which is why I would tip my cap to these cam scammers for finally reaching the 1st century of using sex to move products. That is if I wasn’t sent one of these very texts recently. 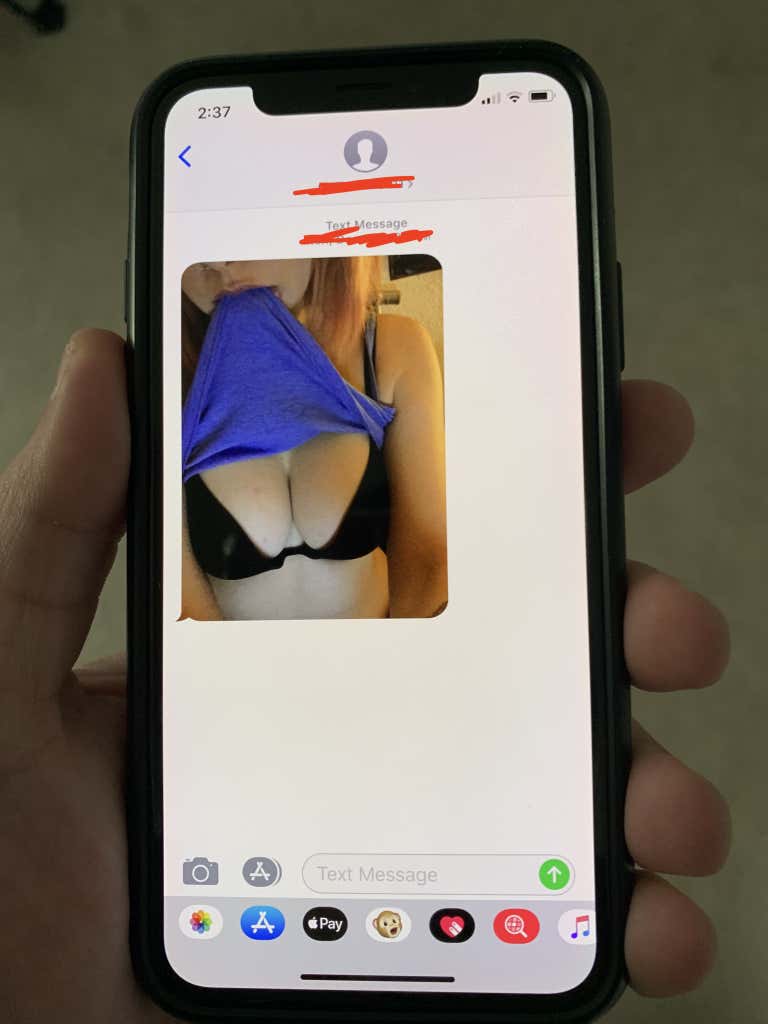 Now since I am a fat, washed up blogger, I knew no girl was actually looking to get a tit-for-tat sext chain going with me. I figured there was a 90% chance it was a scam and a 9% chance it was a wrong number only because it was such a perfect selfie where it didn’t reveal a ton but just enough to make you want more. The other 1% is that someone actually got my number and shot their shot with me because my self esteem isn’t completely at zero (yet). But I still knew this was almost definitely a ruse, which is why I immediately told my wife about the text as she was sitting right next to me. Can you imagine if she happened to glance over when I opened my phone up? I’m already poor as fuck as it is. I don’t need to split the little bit of money I have in half because some cam site was trying to get a lonely person’s credit card number. The amount of fights, break ups, and divorces that this scam could cause is a bigger national threat than anything Vlady Putin or a caravan in South America is capable of. Trumpy Bear needs to reopen the government tomorrow and take down these spammer motherfuckers because other guys may not have the beautiful, wonderful, caring, and understanding wife that I do.

Also for the record, I would never judge anybody that actually replied to that obvious thirst trap. If you get a rogue sext, especially if you are in the dating game, you are almost negligent if you don’t reply. During freshman year of college, I got calls to my dorm room phone, which believe it or not kids was a real thing once upon a time, from some random girl that started talking dirty to me while my roommates were gone. One thing led to another (I hammered out a 2 minute drill that would make Tom Brady blush) and I left my lover with nothing but the cold sound of a dial tone. After talking to everyone else on the floor, we realized we all got the same calls from the same person and we all agreed that she was likely not the beautiful and/or woman she said claimed she was, to which I say:

*Please add “phone” before “sex”. I want to make that very clear

But seriously ladies and gents, keep your head on a swivel when you are out in those telecom streets. Game’s the same, it just got more fierce.