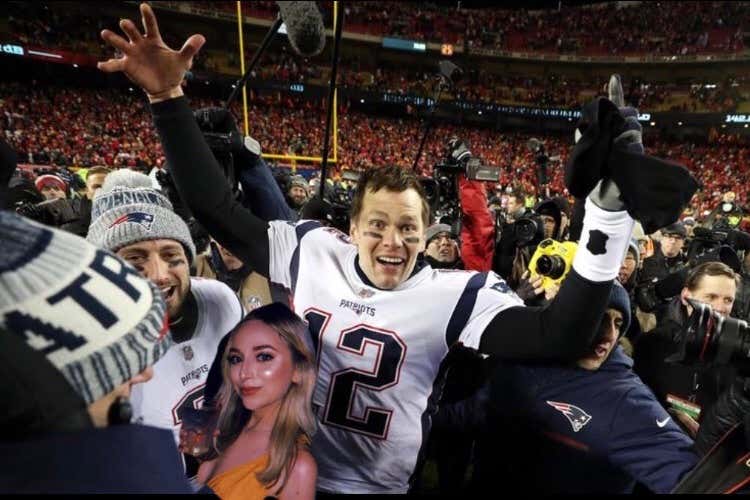 (That’s me celebrating my new-found love of sports^)

So, last night was a big night. Big game. Kansas City Chiefs vs. the New England Patriots. I don’t know if you know this, but the Patriots won. I learned a lot last night, namely and mainly that Patriots fans are the woooooorst. Seriously, so annoying. I said something about rooting for the Chiefs because they’re like the underdog and I swear the entire bar full of Patriots fans in a collective voice turned to me and said “Well, ACTUALLY, the Patriots are the underdog because of this thing that happened called the Miami Miracle blah blah blah” like seriously, do you think I’m listening? Also, the Patriots are not the underdog no matter what technicality exists and you know it. You’ve won so many times it’s not even fun any more. Like, we get it, your quarterback and coach made a fucking deal with the devil and you and I both know you’re not gonna lose. Underdog my ass.

Wow, look at me talking about Sports, my new favorite topic. Like I said, I’m a HUGE sports gal now. Watched the whole game and I actually paid attention and enjoyed it. That’s a first, at least with football. Plus, I tweeted about the game and it was pretty successful so I’m thinking of branching out into some sports-related content. Clearly the people are begging for it. 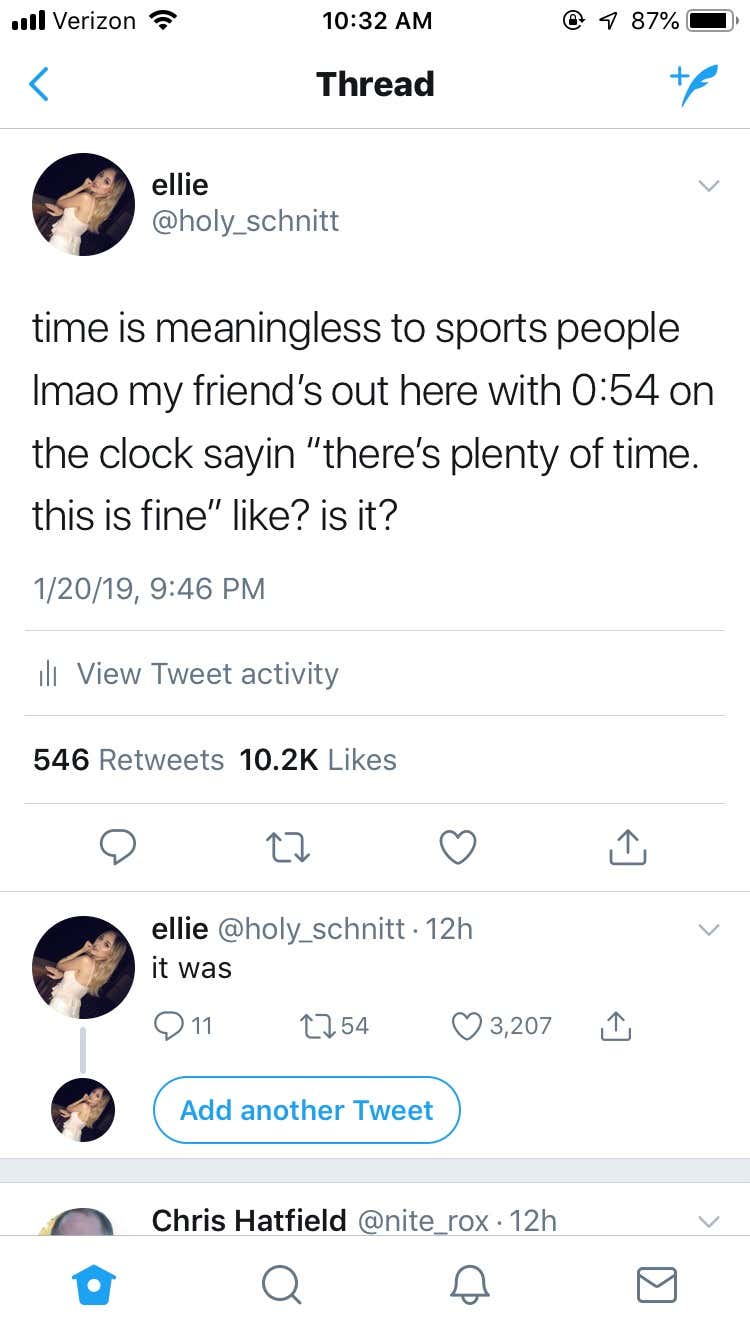 “It was” I mean, amazing sports commentary. Maybe I should be a commentator? Wow, I feel like there’s a whole stock of careers I’ve never considered that now I get to explore. It’s never too late to explore new hobbies. Take it from me, you can do whatever you want if you’re annoying enough about it.