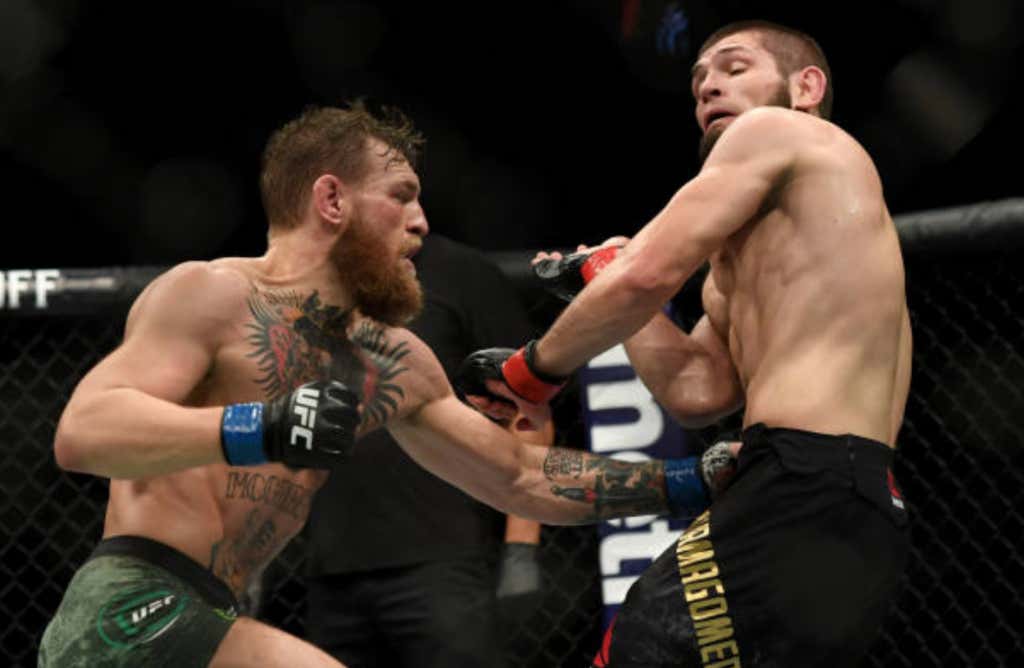 MMANews- Khabib Nurmagomedov doesn’t quite understand the push for a rematch against Conor McGregor.

The reigning UFC lightweight champion landed in Australia this week for a vacation as well as making some appearances down under and as soon as he arrived in the country he was immediately bombarded with questions about his next fight.

The name on everybody’s lips was McGregor, who just recently took a shot at the undefeated Russian on Instagram while talking about how much he was complaining to the referee during their first fight last October.

“He doesn’t deserve this. Rematch for what?” Nurmagomedov said to the media after arriving in Australia. “Last fight, he talked, too. When we go inside the cage he don’t do nothing.”

Wow. Typical Khabib, running away and hiding from Conor McGregor – a man undefeated in rematches. I’m not surprised (motherfuckers), but I am a bit disappointed.

Rematch for what, Khabib? How ’bout rematch for your boys jumping into the octagon post-fight and putting McGregor’s career, and even life at risk? Maybe that’s the way you make amends for that?

If you’re this big bad bear-fighting Eagle like you claim to be, and don’t think Conor did anything to you in the last fight, why not accept the rematch that the world wants to see and cash in on an easy payday? Huh? Why not? OR, are you pushing rematch talk to the side for another reason? Any chance it’s because Conor got inside your big dumb head and rattled you just a bit too much for your liking, and then hit you with some of the hardest shots you’ve ever felt in your life, making you unsure as to whether or not you could go through that again without going to sleep? HMM.

Khabib has never accepted a rematch with any of his twenty-seven opponents, come to think of it! Why is that? Is it because once he reveals his hand, a blueprint for victory becomes clear to each and every one of his opponents? Because he’s a one-trick pony? HMMMMMMM.

Do the right thing, and accept the rematch, Khabib. There’s no way you could smesh my boy twice. Just no way.

…and that, my friends, is the world-famous Executive Director of Support spinzone.