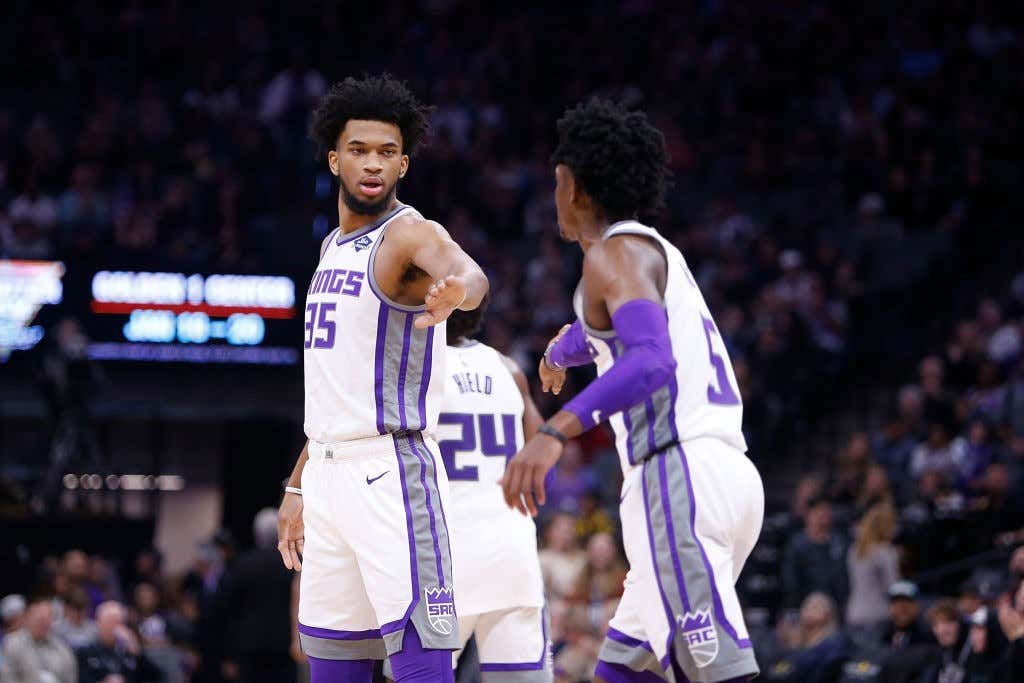 By now I’m sure you’ve heard the Halleluka song/video. Well with each awesome Luka performance poor Kings fans have had to hear how badly they screwed up by taking Marvin Bagley III instead of Luka this summer and how if they could do things over again they should have taken him. It was only a matter of time before their fans clapped back, which brings us to this video. It comes from a guy named Matt George who works for Sports 1140 KHTK in Sacramento and I have to say, it was pretty fucking awesome. You hear the line

Well guess what, the Kings and their fans just dunked on your face. In my opinion this had everything you need in a clap back video. Right off the bat you get the dig about the standings. Yeah that’s right, as awesome as Luka has been the Mavs currently have the third worst record in the West while the Kings are shocking the world and are on a 40+ win pace and could make the playoffs. On top of that it’s not as if Bagley has been all that terrible for the Kings, he doe shave 12.4/6.4 averages with 52/32% splits and an 111 Ortg. For a guy who only is playing 23.0 minutes a night you could certainly do worse. He recently just got back from an injury and had a nice 13/11 on 50% shooting on Monday, so there is definitely a lot to be excited about for Kings fan.

And while it may be a little aggressive to think that Bagley/Giles are going to dominate the league I can understand wanting to believe. We all should be rooting for Harry Giles given everything he went through, and he’s shown flashes as well. He sort of lost me at the Kings winning a title thing but I’ll let that slide. I just respect they took that Luka song and came back so strong. As a Celtics fan the Kings success bothers me, but as a fan of the internet I have nothing but respect for this video.

Also, poor Suns. Things are bad enough for them already there was no need to drag them into this beef. There is nothing wrong with DeAndre Ayton OK? He’s been fine. But as you know when you’re making a diss track, nobody is safe. So, what would you rate this clap back song?