I’ve never understood people who like to get hit in the nuts. Call me old fashioned, but I find nothing enjoyable about having my testes smashed. I prefer them in a cool, supportive environment safe from the dangers of the outside world. You’d think everyone would, but there are some people who enjoy putting theirs in harm’s way simply for the entertainment of their friends. Take the Jackass boys, for example, they made a fortune doing what Big Gucci Berry did in that video. The only difference was that theirs was actually funny whereas Gucci Berry’s had an element of sadness to it.

Luckily, he’s built like a baby seal so the chances of the puck making clean contact were slim. It had to have at least been slowed down by the thighs and/or dick-do. Although judging from his face that may not be the case. 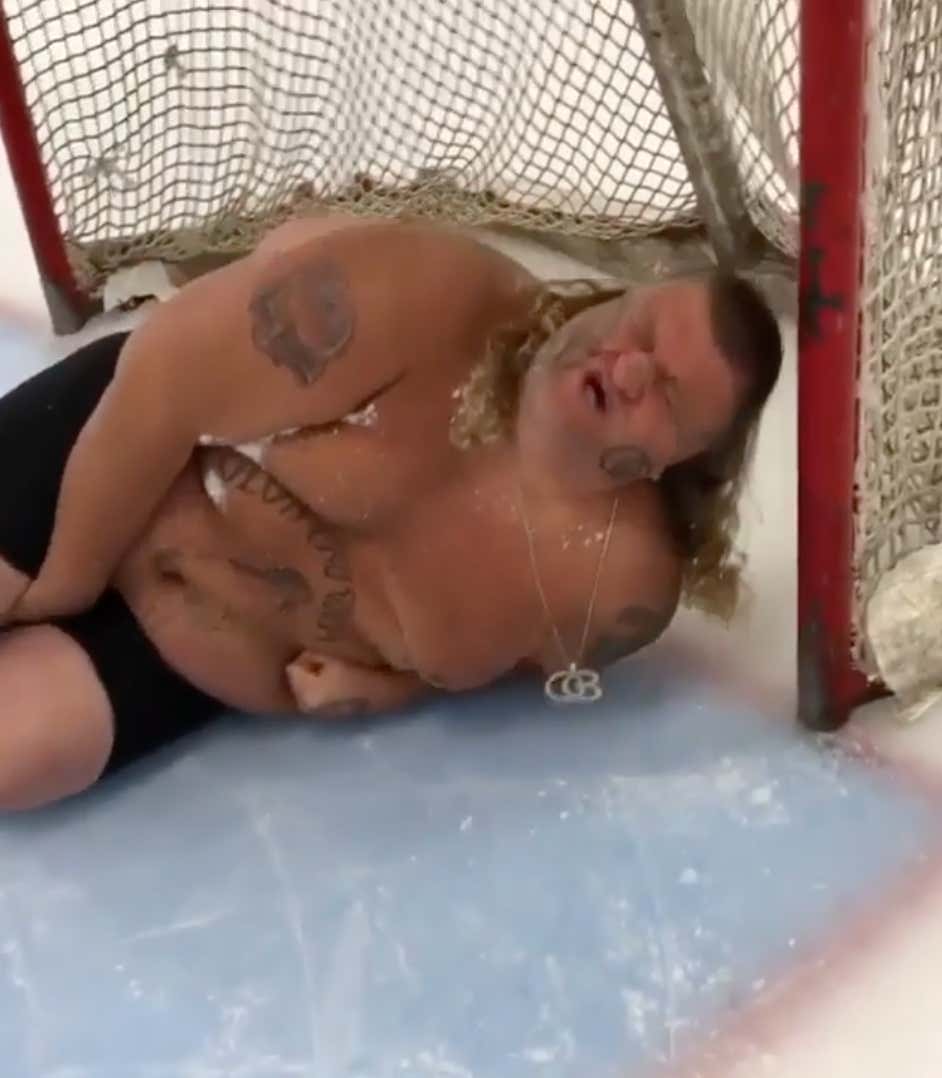 I don’t know. Hopefully, he got the views he wanted. If not at least he took himself out of the gene pool. Alright, that was mean, but you get what I’m saying. Here are a few of his highlights so I don’t feel bad about what I just wrote.