Daily Mail - This is the moment a Russian stripper undresses and shows her naked breasts to a bank manager in the hope that he will change his mind and approve her loan application.

Yulia Kuzmina, who is in her mid-20s, showed off her assets after being refused a loan at a bank in Kazan, the capital city of The Republic of Tatarstan in western Russia.

Reports say Kuzmina went to the bank, the name of which has not been disclosed, and filled out papers for a loan. She reportedly wanted to use the loan to buy a car.

The bank employee, who has not been named, refused to approve her application after considering her an unreliable money borrower, according to local media.

After her application was rejected, Kuzmina resorted to extreme measures.

In the video, Kuzmina can be seen sat across from the loan manager who is shaking his head during their conversation.

She then gets to her feet takes off her sweater, revealing a figure-hugging dress.

As the worker continues shaking his head Kuzmina strips down to her bra to try and convince him to change his mind.

With the worker seemingly unimpressed the stripper then takes off her bra to reveal her breasts.

Good for Yulia Kuzmina! I don’t see a single thing wrong with her going into the bank and flaunting her stuff. Think about it, strippers make a lot of money under the table. Lots of 1 dollar bills to scoop up with their pus…private parts. So when she goes in for a loan, she might not be able to show the bank proper documentation of how much money she has made over the years. But what she can do is show the bank just how good she is at her job. 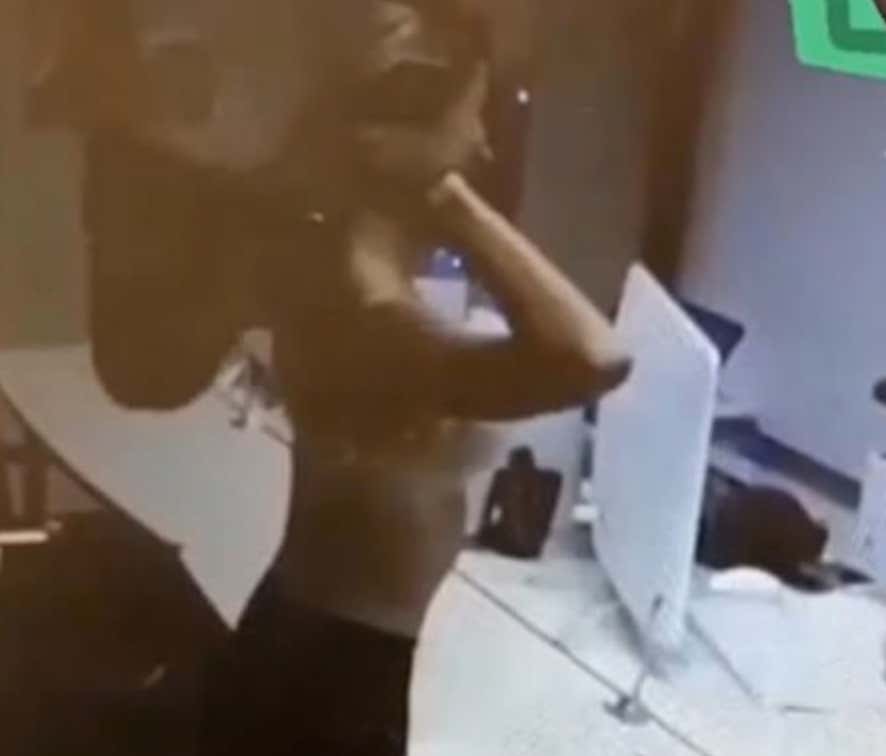 There ya go! A baseball player hits home runs. A blogger writes. And a stripper strips. How can a bank manager sit there and watch a master at work and still deny her a bank loan? You just can’t. She more than proved she’s a reliable money borrower in my very professional opinion.

And sneaky props to the bank loan manager guy. She took off her top and he was like “gee, I dunno…” and she was like “say no more” and just kept going. It was an old fashioned game of chicken. Very messed up that she left without a loan though. Really wanted a happy ending to this story…which in retrospect, maybe she should have offered in order to get one for herself.