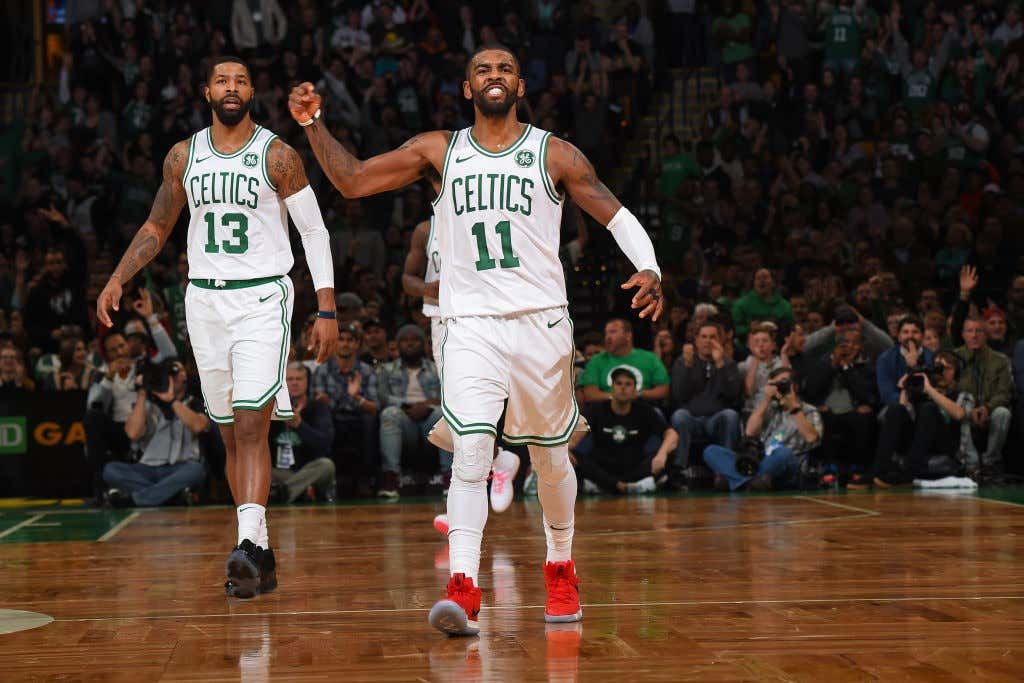 While we were all enjoying the dominance of Kyrie last night, I threw out this tweet 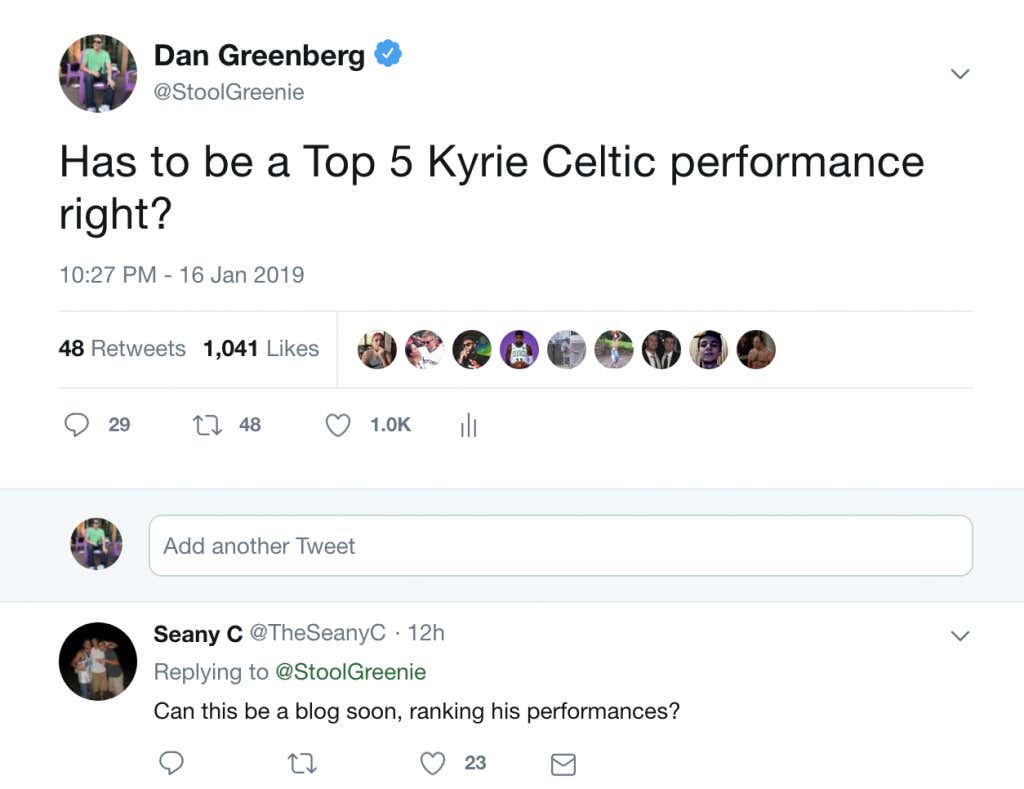 Well seeing as how I am a man of the people, I am going to honor Sean’s request in this here blog. It’s been a wild 1.5 seasons with Kyrie running the show for this team, so I went back and looked at all of his games played so far (99) and decided to pick what I consider his best 5 performances as a member of the Boston Celtic. Of course these are subjective and doesn’t tell the whole story given where the team was at all these points during each of the past two seasons, but I think I nailed it. Hopefully we’ll one day be able to add some postseason performances to this list, but as it stands now here is my Top 5.

This one is pretty fresh because it happened just a few weeks ago on Christmas. If you remember this was the chance for the Celtics to face the new and improved big bad 76ers (lollllllll). Things were supposed to be different now that they had Jimmy Butler according to Sixers fans only in reality nothing has changed. Kyrie still torched them, came up huge in the OT win and reminded PHI that as long as he’s there this is how it’s always going to be. It didn’t matter who they threw at Kyrie they had no chance of stopping him, and that soft touch dagger was one of the best shots of the entire season.

Another one from earlier this year against the very team we saw last night. If you remember at this point of the season things were very similar to how they were the second time around. The Celtics were playing like shit and the big bad Raptors were in town presenting the Celtics with another huge test. They had already lost to this team in TOR and couldn’t really afford to go down 0-2 in the H2H series. Kawhi was once again a monster and Kyrie was right there with him. The point total is impressive, but it’s the passing and the efficiency that stands out most to me. It was another OT performance where he had to put this team on his back and he had a ridiculous 19 points in that fourth quarter. Perhaps this was a sign of what was coming just a few months later.

Which brings us to last night. To me, I have this has the 3rd best Kyrie performance of his Celtics tenure so far. We’ve already talked about this today, so just treat yourself to the highlights one more time. Kyle Lowry is probably having Kyrie nightmares by now and honestly so would I. You see a trend of Kyrie putting this team on his back, and that is not an accident.

One of my favorite Kyrie performances came last year on the road at Oracle against the Warriors. We know Kyrie’s history as a Warrior killer and that was on full display. They didn’t win, but man was he ridiculous. Look at those shooting splits! Going 13-18 from the floor and 5-6 from deep, he matched Curry punch for punch in the fourth quarter where he had 12 points and if you look at the advanced stats it was one of his highest game scores as a Celtic. There’s just something about Kyrie and that building, he morphs into some sort of superhero or something. Would have been great to pull that game out because they would have swept the season series, but still an all time performance in my opinion.

Remember masked Kyrie? What a force. I had to go with his highest point total as a Celtic on ridiculous splits as the top spot and I don’t think there should be many complaints. While the Mavs weren’t all that good, just remember the context of this game. This performance secured the 16th win in a row for Boston, but it wasn’t easy. They shit the bed in the 3rd quarter of this game against a team that was 3-15 and actually trailed by 8 heading into the fourth quarter. Well that’s where Kyrie put the team on his back once again, led them in fourth quarter scoring and by the end of it had nearly 50 points on the road. Granted they should have never needed such a big time performance from Kyrie because the Mavs were awful, but even with a broken face he couldn’t be denied. Until further notice, that’s still the most impressive thing we’ve seen him do as a Celtic when you combine the point total and the efficiency.

So that’s my list. Hopefully we have years and years of Kyrie performances to choose from moving forward, but if you had to choose how different would your list be?