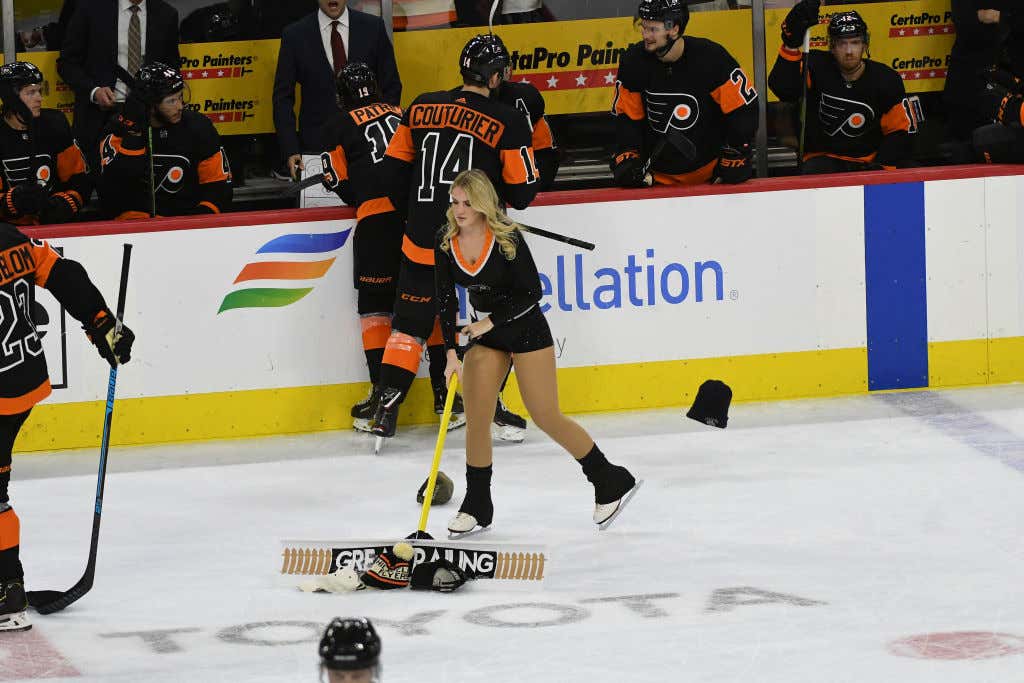 The Flyers. They are a men’s professional ice hockey team in the city of Philadelphia. You all know that. But what if I told you that they are actually much more than that? What if I told you that the Philadelphia Flyers sit atop one of the biggest scandals that will surely rock the world of modern sports? Would you believe me? Would you call me a crazy person? Or would you shut your goddamn mouth and just let me start from the beginning? Thank you.

It all starts with the absolute horrible season the 2018-19 Philadelphia Flyers were having. They had already fired their General Manager. They had already fired their Head Coach. They were still sitting in 31st place out of 31 teams in the league. For the first time in practically forever, the Flyers became completely irrelevant in the city of Philadelphia and you can tell that the team was starting to feel the impacts financially. I don’t know when the last time the Flyers weren’t a profitable team but this had to be the first time in almost forever. Things got so bad for the team that they were actually giving tickets away for free just to get people into the building.

But it just so happens that on that very night that the Flyers were giving away complimentary tickets, that’s when they had their first hat trick of the season. That’s red flag #1.

It was Monday January 14th. The Flyers dug themselves down into a 2-0 hole but after that moment, three separate Flyers scored 2 goals each; James van Riemsdyk, Nolan Patrick and Wayne Simmonds. After Minnesota had pulled their goalie, you knew that at least one of those guys were going to eventually get the empty netter and have the first Flyers hat trick of the year. This time around it happened to be JvR.

Give away a bunch of free tickets and then score a hat trick that night forcing everybody in the crowd to leave without the hat they came in wearing? Seems like a pretty funny coincidence. But when you see what happened last night against Boston, you’ll know that it was no coincidence at all.

According to Hockey Reference, the last time that two Flyers scored hat tricks in consecutive games was back in October 2002 when Mark Recchi scored a hat trick against Calgary followed up by John LeClair scoring a hat trick the next game against Montreal. So this is something that hadn’t been done in over 15 seasons. But after finding themselves in a 2-0 hole against the Boston Bruins last night, Sean Couturier scored each of the Flyers final 3 goals to give them a 4-3 win.

And now I know what you’re thinking to yourself right now. “Uhhh hey, Jordie. Where is the heckin’ conspiracy here? All I’m seeing is that the Flyers finally decided they were done sucking for a while”. And if you’re thinking that to yourself right now, well then you clearly haven’t been paying close enough attention. Because remember when I said that the Flyers are losing money this year? Remember when I said that they have to give away complimentary tickets just to get fans in the building? Well what better way to make back some of that money than by tricking your fans into donating hundreds of hats which you can then go on to re-sell yourselves?

Think about it. The majority of the hats being thrown on the ice after a Flyers hat trick are naturally going to be Flyers hats. And with JvR and Coots lighting the lamp 3 times each, those hats just fell into the laps of the Flyers for free. It’s basically like finding a brick of cocaine on the street and being able to become a drug dealer for free. All the Flyers need to do now is maybe clean the hats up a little bit and they can sell them right back to the fans at the next game. Heck, I bet some fans would even be dumb enough to buy their own hat back from the Flyers.

So are the Flyers bringing fans into the building for free just so they can accumulate more hats? Are the Flyers focusing on having one player score 3 goals each game during their team meetings and practices? And if this conspiracy is true, well then how high does it go? The owners of the team? The CEO of Comcast? The President of the United States? Or could it be….