Mashable- HBO just dropped a new teaser trailer for the final season of the show, a 90-second scene featuring Jon Snow, Sansa Stark, and Arya Stark walking in the crypts of Winterfell, where they come face-to-face with statues of themselves.

But fans are noticing that one of the Stark children is not there, and they have a pretty interesting theory as to why. The youngest living Stark heir Bran is nowhere to be seen… or is he?

In the teaser, as Jon, Arya, and Sansa are staring at the statues, something makes them turn around. Something really cold, making even the feather — originally placed in the hand of Lyanna Stark by Robert Baratheon in the pilot episode — turn frosty.

Fans are now speculating that the cold something is, in fact, Bran. Bran as the Night King, that is.

Listen. I’m gonna tell you why this is fucking stupid, but first let me give you my credentials. I love Game of Thrones. I’ve watched the entire series all the way thru 7 times. I’ve read the books. I correctly predicted the entire final episode of season 7. I know what I’m talking about, and I promise, anyone taking this trailer at face value is a dumbass.

First of all, they’re assuming that this is actual footage from the upcoming season. I would be shocked if it was. It’s a trailer. It’s promo. And even if it IS footage from season 8, it’s so obviously a dream. Maybe it’s Bran’s dream. Like, a prophecy dream. Who knows, Bran’s magic anyways, seeing the future could just be part of his whole schtick.

Second, while I do think figuring out Bran’s whole deal is lowkey the key to everything– the popular theory that all Brandon Starks have been the same Bran holds water for me– I don’t think he is the Night King. They would put more emphasis on finding the identity of the Night King instead of just touting him as a singular entity if he was someone we actually know. For all we know, it’s the same man from Bran’s vision in season 6, and it doesn’t matter anyways. It’s not going to be Dany & Jon vs. Cersei vs. Bran. You can quote me on that.

Third, no shit Bran isn’t walking around the Crypts. He can’t walk. And he won’t have a statue in the crypts anyways because he’s the 3-eyed raven, he rejected his lands and titles. Duh. It’s like these people haven’t even watched the show. 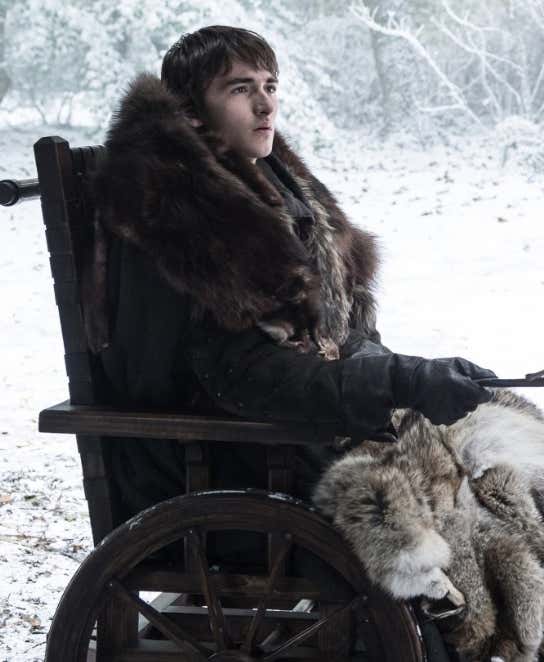 Anyways, this theory is stupid, and I’d appreciate if we could all focus on the most compelling (and correct!!!) theory– Jamie is going to end up killing Cersei, whether himself or as Arya Stark wearing Jamie’s face. It’s going to be poetic, heartbreaking, and intense and I cannot wait. April 14th can’t come fast enough!