Have to admit.. I went down a rabbit hole on this one & the deeper I dug, the weirder it got.

It starts with a man named Eric Hennies, who I believe is the long, lost son of ‘The Dude’ from The Big Lebowski. 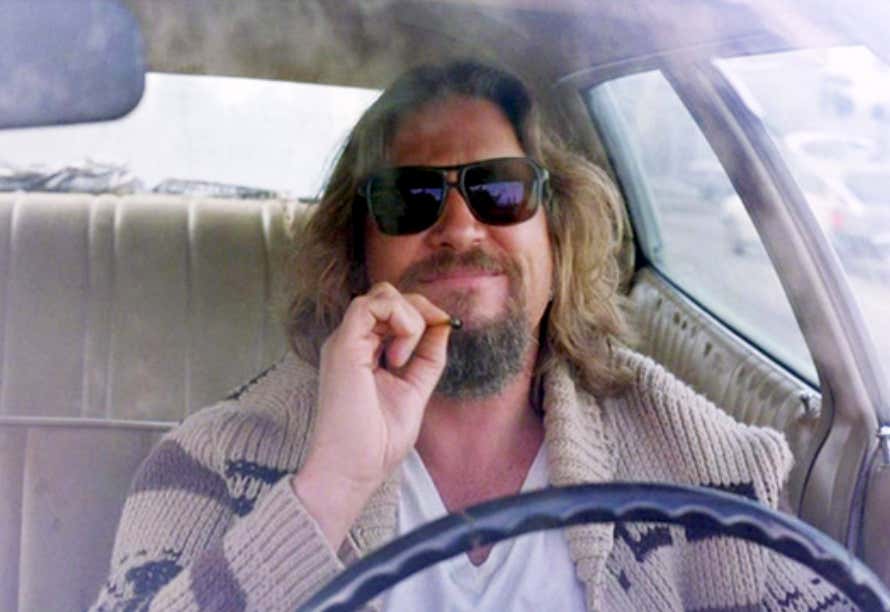 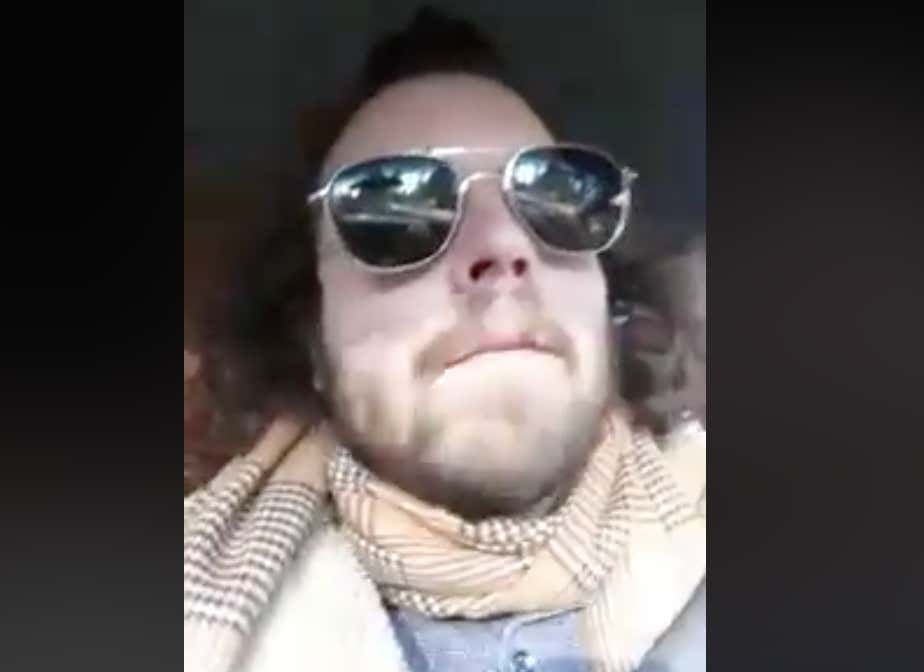 And Hennies seems to love Little Caesars almost as much as his estranged dad loved his rug. (I mean, that rug really did tie the room together.)

But he’s not the type to let it go quietly & has been hosting a protest/vigil of sorts until Kmart’s final day next month. He’s also petitioning for U-Haul, who’s taking over the space, to keep that LC open. (Don’t people traveling want a bit of pizza for that next big drive?) From KREM News:

“We’re going to try and get the District Manager to re-franchise it and buy a location somewhere close,” Hennies said.

He and other supporters were out in the parking lot Tuesday, handing out free pizza and flyers for a candlelight vigil at the location on Sprague at 5:30 p.m. on Feb. 2.

His quest gained enough attention on social media that a local news crew stopped by to interview him & his posse about it, and when they did, videographer Dave Somers captured something even more exciting; a shoplifter with a TON of stolen stuff in her cart.

Er, it would be exciting if this didn’t appear to be a regular occurrence. I love how casually Somers zooms in past Hennies to the shoplifter, how calmly the Kmart employee stops her, and how nonchalant she is retrieving her bag from the cart before walking away like nothing happened. Are we sure Portland is the weirdest Northwest city?

Rough, weird times for Spokane Hennies; a man trapped in the pizza desert of Washington state. The good news though, if you want to show support & follow his FB page this TV could be yours. Silver linings. 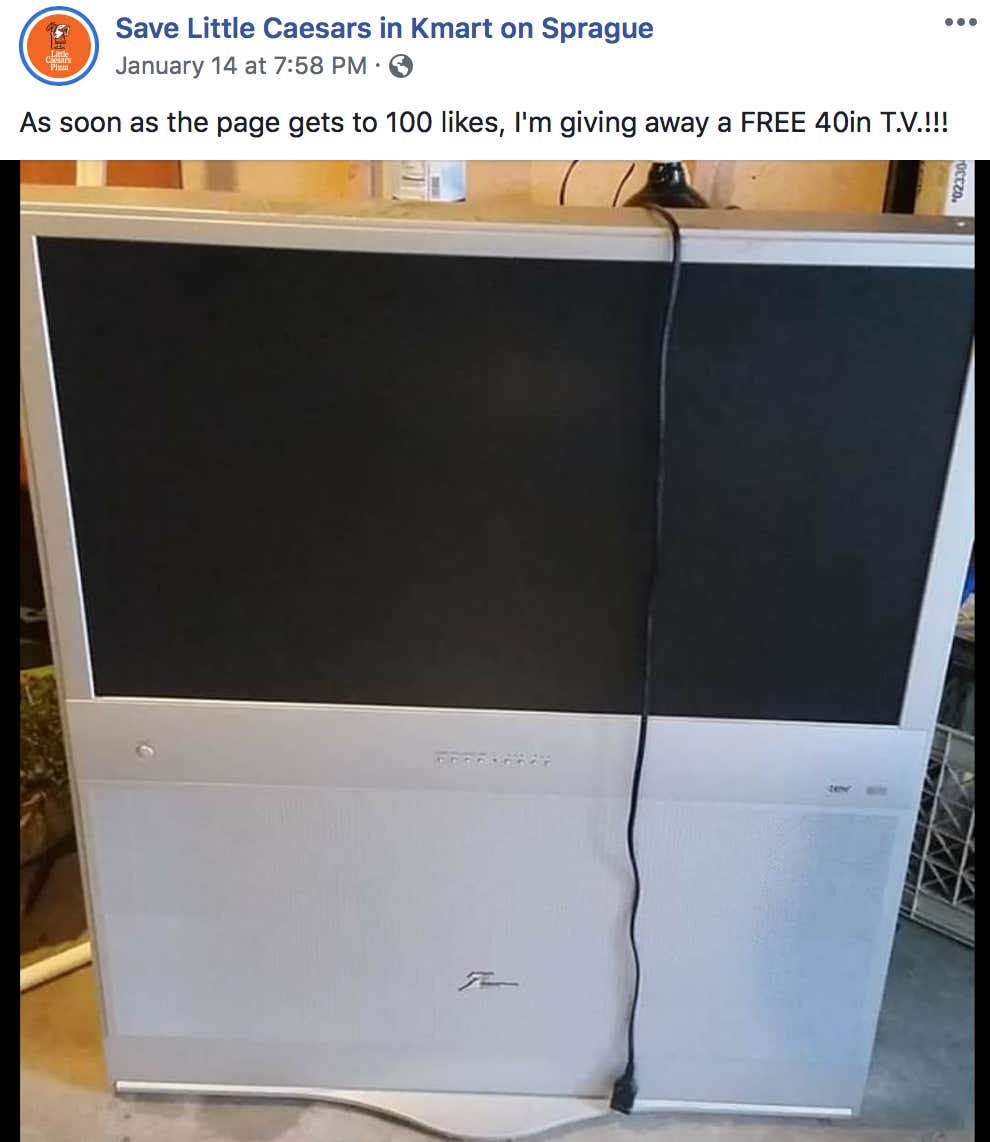