Since 2006, I have been rating every movie I see throughout the year on a 0-100 scale. I have a methodology that I have laid out before and can put at the bottom of this post. Starting today, and lasting until January 31st, I will be counting down my 2018 movie rankings from number 205 all the way to the number one top spot! For the next two weeks, I will be doing two sets of movies per day and then finishing with 10 per day. Today’s rankings will cover movies 151 through 170. Enjoy! 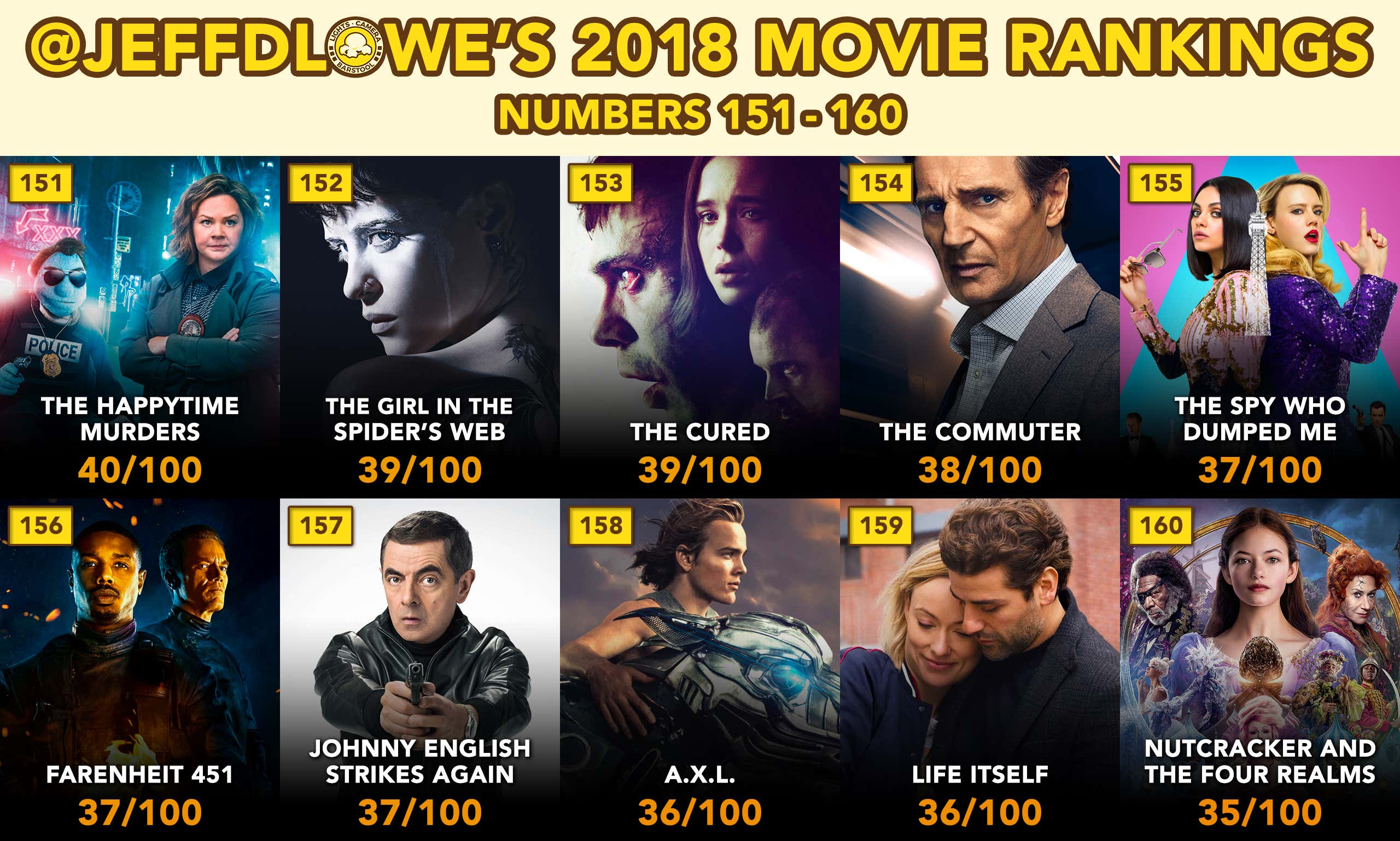 151-160: This is usually the part of the rankings where people begin to recognize some of the movies and have maybe even seen a few of them. ‘The Happytime Murders’ was part of Melissa McCarthy’s big comeback year, but it didn’t stick the landing. While the concept was solid, it relied far too much on the idea of the movie being naturally funny on the idea alone rather than trying to prop it up with solid writing. ‘The Girl in the Spider’s Web’ was a sequel I didn’t know existed until ten minutes before the movie came out and it did nothing to approve upon its pretty solid predecessor. It’s time to hang the cleats up for Liam Neeson, who made another cliched “Liam Saves the Day” action movie with ‘The Commuter’. A weak year for comedy shows again with ‘The Spy Who Dumped Me’ and ‘Johnny English Strikes Again’, while HBO wasted Michael Shannon and Michael B. Jordan in ‘Fahrenheit 451′. I also still can’t believe Disney actually made ‘Nutcracker and the Four Realms’. Who was asking for this movie? Disney has a billion movies being released, making a trillion dollars each, what was the need to release this and try and start another Cinematic Universe? 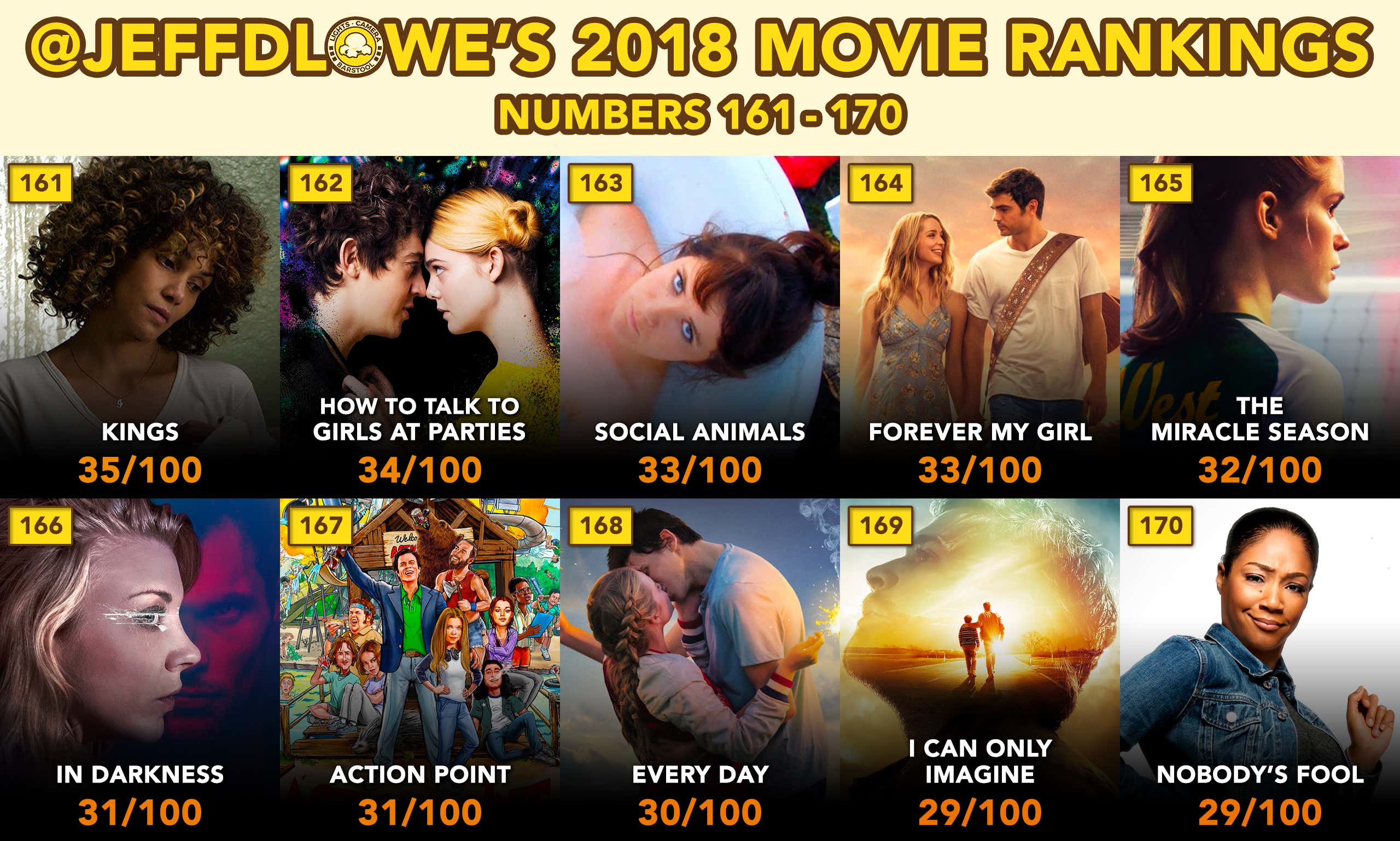 161-170: I’m going to be honest here, I had a hard time remember much from these movies. Instead of going through them one-by-one with one sentence reviews, I just want to talk about ‘I Can Only Imagine’. This is a movie based off the song of the same name from contemporary Christian music band MercyMe. The movie made a roughly $80 million profit and came in second a few weeks to only ‘Black Panther’ last year. This is, objectively, not a good movie and it, somehow, beat one of this year’s better movies in ‘Love, Simon’ at the box office and even earned more money than last year’s hit movie ‘Lady Bird’. That annoys the shit out of me. Thanks.