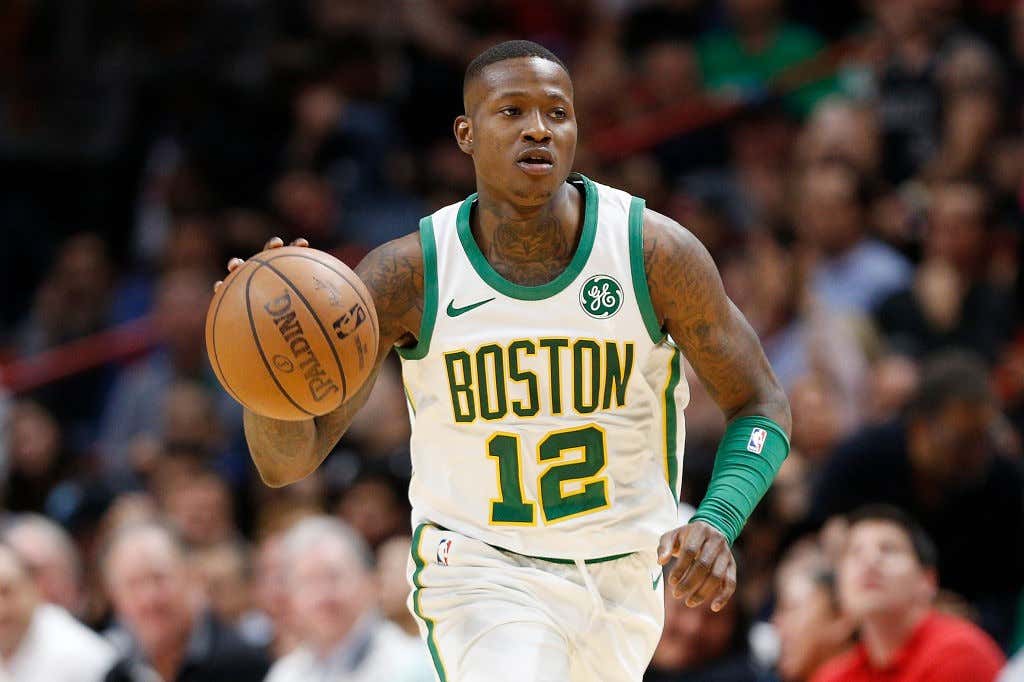 (Yahoo Sports) – Hayward has gone from starter to spark plug off the bench, while Tatum is going through typical second-year struggles for a player who’s not yet 21. Brown is still finding his way, and the overall jumbled nature has shown as midseason approaches.

“I don’t think we’ve all been on a team like this,” Rozier told Yahoo. “Young guys who can play, guys who did things in their career, the group that was together last year, then you bring Kyrie and Hayward back, it’s a lot with it.”

When asked if the roster was too talented, Rozier didn’t back down.

The talent was on display as Tatum and Brown spearheaded the comeback as the Nets appeared petrified with the Celtics stalking them.

OK, maybe this is because I’m a little mad at these underachieving dickheads right now, but I’ve had about enough of hearing how this team is “too talented” and that’s why they continue to be up and down. When you’re coming off another brutal road trip in which you went 0-3 against teams all under .500, the last thing I want to hear is how much talent this team has. What ever happened to not talking about it but being about it? If this team is overflowing with talent, well why aren’t we seeing it on the floor? Where are the results? In a league where talent is supposed to trump all, if Rozier is correct here then shouldn’t the Celts be one of the best teams in the league right now? Newsflash, they aren’t. In fact they are nowhere close so you can miss me with this type of nonsense.

Honestly I don’t even know what that even means. The Celtics are “too talented” to succeed, but someone like GS isn’t? Wouldn’t you say their collection of talent is just a little bit better? Or what about someone like TOR that has a shit ton of talent all up and down their roster, why isn’t this “too talented” problem an issue for them? When I hear that the problem with this team is that they have too much talent it almost makes my blood boil. In my opinion all that does is mask some of the real issues. I can’t remember a time when a team struggled because they had too many good players, that just doesn’t make any goddamn sense.

It also doesn’t help that it’s Terry who is the one saying it. I imagine he is including himself in that statement, and the reality is his production this season has been nowhere near “too talented”. If he wants to talk about Kyrie, Tatum etc? Sure, those dudes have shown some real progress and how dominant they can be. But I’m not exactly grouping a guy with 37/34% splits, a 48% TS% and statistically one of the worst Celtics of this entire season, who is literally putting up one of the worst seasons of his career. Not only that, this is coming off his performance the other night against BKN which was statistically one of his worst performances of his entire career. He’s a -1.2 net points/48 on average, was a horrific -9.2 against the Nets,

You look at all of his advanced stats and where he ranks, and it’s a bloodbath

Honestly, I want to stop hearing from these guys that their problem is they are too talented. No you’re not. If I had to list out everything that’s a problem with this team, too much talent probably wouldn’t even make the list. Is this a roster that has a collection of guys with great potential and a high ceiling? Sure, but nothing we’ve seen from them through the first half of the season tells us that there are too many good players. If anything, the problem is that this so called “talent” isn’t living up to their expectations. I don’t care that you had a good season last year, it’s about being consistent and doing it once people are actually scouting you. The so called “talent” has failed in that regard, so maybe they need to realize they can’t just rely on being “too talented” and get their heads out of their ass and play some respectable basketball. If not, if they don’t address their real issues and fix them, then nothing is going to change.

So please, enough of this bullshit. You are not “too talented”, and until you prove that you can actually consistently play well, I don’t want to hear another peep about the talent level of this team. Talk is cheap, prove it on the court.