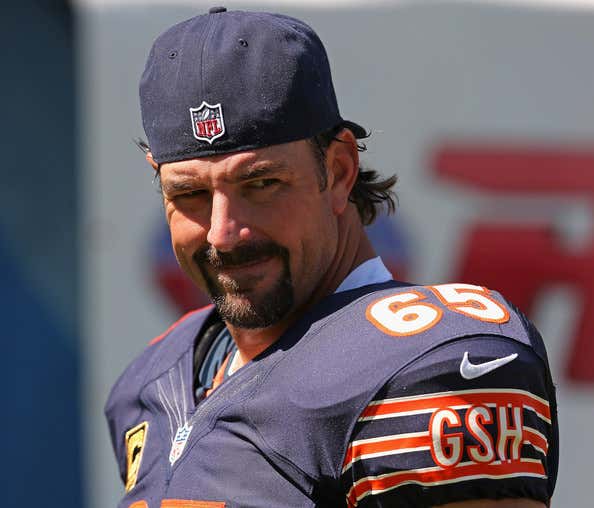 Chicago Tribune - Long snappers prefer to operate in anonymity and generally aren’t noticed during a game unless disaster strikes. But former Bears long snapper Pat Mannelly, along with NFL agent Kevin Gold and trainer Chris Rubio, wanted that to change. So they teamed up to create the Patrick Mannelly Award, honoring the nation’s best FBS long snapper.

“They asked if I would want to be involved, and it was an honor to be involved and more of an honor to have my name attached to it,” Mannelly said. “It’s big for college long snappers. They need to be recognized. They put in just as much work as everyone else. Punters and kickers can’t be great without a good long snap.”

They are working to form a 10- to 15-member selection committee made up of coaches and retired coaches, former snappers and some punters and kickers. The winner must be a senior. The committee will create a watch list Aug. 1, name semifinalists Nov. 16, finalists Nov. 23 and reveal the winner Dec. 14.

The Heisman Trophy may as well pack it up and go home. There’s a new sheriff in town, and it’s The Patrick Mannelly Award. The only award that can really even match up with the Mannelly Award is the Butkus Award. That’s just two Bears greats wrecking every honor that College football had to offer.

In all seriousness though…how the hell are they going to decide who gets this? Obviously, it’s going to go to a player who never has a bad snap, but there’s probably going to be over 50 guys without a bad snap next season. Is Patrick Mannelly and the crew really going to break down film to see which senior had the best zip on their 75 long snaps in the 2019 season? Because if they are I want in on that shit. I was a long snapper back in the day and absolutely loved it. There was just something majestic about being able to zip a tight spiral through the crotch hole. It’s also the #1 position you should groom your son to play. Kicking is too much pressure, and who the hell would rather be a punter over a long snapper?

Also – if I’m going to be on the committee I would like to be considered as the first award winner. I know it says College seniors, but there should be a first time exception. Usually, I leave the glory days talk to Whitesoxdave and Carl, but let me tell you about the time in 8th grade when I had to sit out of a Week 3 match up against St. Barts. I hurt my ankle the week before so we had to use our back up long snapper, and on the first snap of the game he sailed it so far over our punters head (who also happened to be our QB) that he got absolutely crushed when he picked it up and sprained his AC joint. Our QB had to miss the next two weeks, and we ended up losing one of those games. As Mark Wahlberg would say…shit wouldn’t have gone down that way if I was in there.

Or he could just watch my most recent tape (I may have to fire our camera man Sweaty Brian for not including my pass protection steps after the snap):