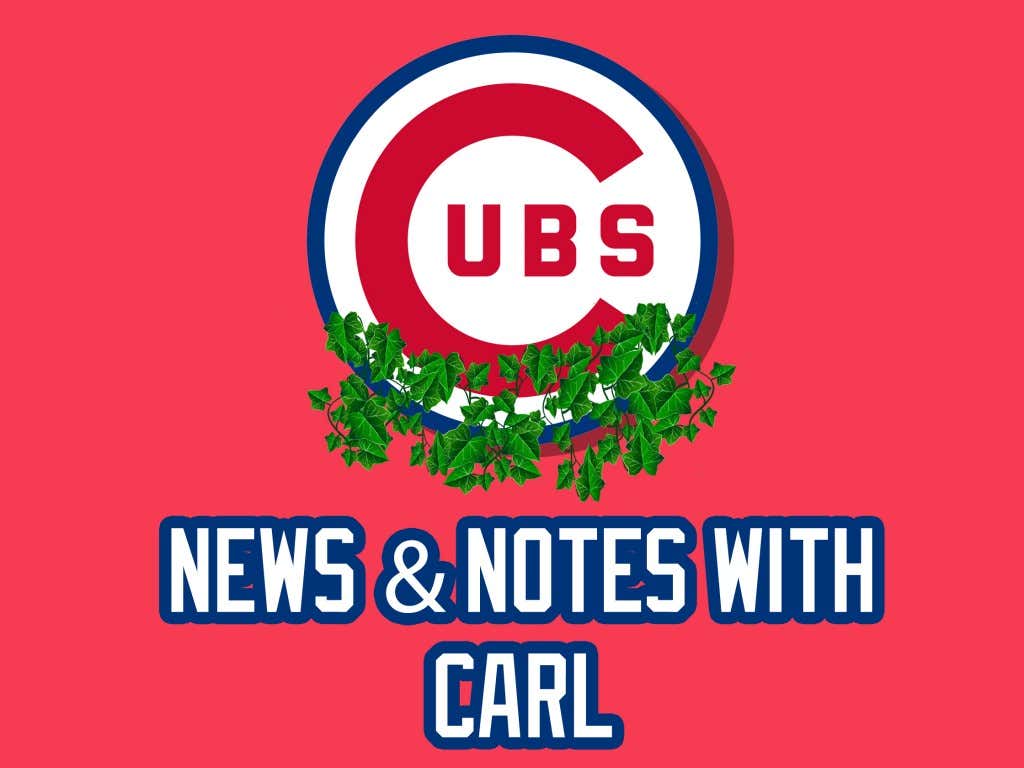 Good morning good afternoon and good evening Chicago Cubs fans this is barstool carl and today is Tuesday January 15th aka pay day aka EXACTLY 4 weeks away from Cubs’ pitchers and catchers reporting to Arizona for Spring Training. The  overwhelming sensation you feel in your nether regions right now is called an erection. It’s natural. Baseball season is around the corner.

If you’ve been paying attention, at all, you’ll know there’s been a lot of chatter about the Cubs not doing enough to correct for 2018’s mistakes. There’s a confusing sense of urgency amongst most fans to make wholesale changes to a club that’s won more games in 4 years than any other MLB club. The fact that Bryce and Manny have yet to sign is only making matters worse. Even White Sox Dave felt compelled to chime in this morning calling this the worst MLB Offseason ever.

That’s bold speak, but some criticism is exceptionally valid. We watched the Cubs rebuild for years, weathering some god awful seasons and embarrassingly low payrolls. The entire premise being that the WHOLE organization is being rebuilt: from players to coaches to analytics to scouting to beer vendors and the fan experience. Ricketts has rebuilt Wrigley and is now extending it well down Clark, Addison and Sheffield. The neighborhood is certainly changing and with that so are the prices. Without a doubt this is the most expensive time to be a Cubs fan. It’s hard to stomach the costs but then hear the Front Office has budget constraints. Uh newsflash guys so do I stop charging $10.50 for a fucking bud light. I digress.

My overwhelming read on the situation tells me the Cubs simply aren’t interested in adding Bryce on his terms. If they were, they would. It was floated last week by Theo that he has to operate by a traditional budget under traditional business standards. He has a number he absolutely cannot exceed. And to believe that, you’d have to give up everything you know about Tom and Theo.

Let’s be clear: if Theo *wanted* to get something from Tom, he’s going to get it. There’s a litany… I repeat: LITANY… of examples of Theo getting his way. Don’t make me list them. The point is if he needed resources because he wanted Bryce, he’d get those resources to get Bryce. Tom is not going to look Theo Epstein in the eyes and say No you cannot do that for my baseball team. It could be ANYTHING. It’s not happening.

The ultimate reality is probably somewhere inbetween. It’s less about the Cubs wanting Bryce as much as it is about getting Bryce on the right terms. Theo is an alpha male of epic proportions. He’s not going to lay down in Free Agency for the biggest millenial punk in MLB (that’s a fact don’t @ me). I love everything Bryce can do for the club but you know Theo has to control the situation.That means being creative and opening up the opportunity to bring Bryce in without destroying the foundation he’s built. Whether he can do that or not remains to be seen, but at this point you can safely say that’s the only way they get Bryce. Which is why they probably don’t care.

Theo alluded to this last week when he said the team has to first focus internally on building small competitive advantages. You’re not talking about improving 75 to 90 wins here like 2014 to 2015. That’s when you’re making huge cultural changes and adding Lester and trying to rebuild the face of the club. In this case, you’re not trying to shake up too much. You just want to get more out of what you already have.

The Astros have done a great job of building internal competitive advantages by investing in Performance Enhancing Substances, allegedly. Legal disclaimer so I don’t get sued: I could be wrong about my suspicion. I could also be right. They don’t pass my eye test.

Another good example of competitive advantages would be the White Sox training & therapy staff. They have the healthiest club in MLB going back two decades or some crazy shit because their training staff has it’s own secret sauce with rehabbing injuries.  They specialize in treating injured baseball players. This is not a joke.

The Cubs are knee deep in building out their own suite of competitive advantages. This isn’t new though. It’s been on the top of mind since Theo showed up. The only difference this time around is the lack of free agency moves this offseason to overshadow this stuff. That’s why I want to wrap up talking a little about Craig Breslow.

I go real deep this week on Red Line Radio so tune in there to get a healthy dose of my Breslow love. For now it’s important to point out Theo brought in Breslow to be a new Strategist for the Front Office. If the name sounds familiar, it’s because Breslow just retired from a 12-year big league career that saw him pitch in 575 games for 7 different clubs.

You might also recall that he’s been described as the smartest guy in professional sports. Two degrees from Yale. Off the charts on his SAT. He’s been accepted and deferred enrollment at NYU medical school on 4 separate occasions. He attributes almost all of his big league success to knowing more about the game than his opponent. How else do you explain 12 years with an 88mph fastball? This is the big leagues not your JV high school team. 88 is fuckin MEAT. 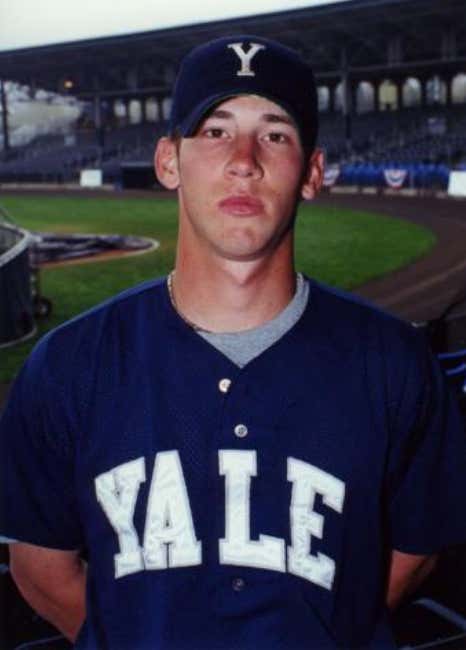 That’s the point though. Breslow has spent his baseball career outsmarting opposing hitters and other teams and all that shit. He is a biomechanics enthusiast with a knack for knowing more about how a baseball spins than anyone who has every thrown a baseball professionally. So yes, he is a big swinging dick in some very small circles in the baseball community.

Fortunately, they’re the kind of circles that are filled with guys trying to find competitive advantages for their MLB teams and suffice to say Craig Breslow might be the best Free Agent in that market this year. The Cubs are bringing him in to come up with some new ideas and for the life of me I can’t imagine a better dude to join Jed’s staff.

PS – You know the offseason is slow when I’m breaking down Front Office acquisitions. Someone get me to Spring Training stat.