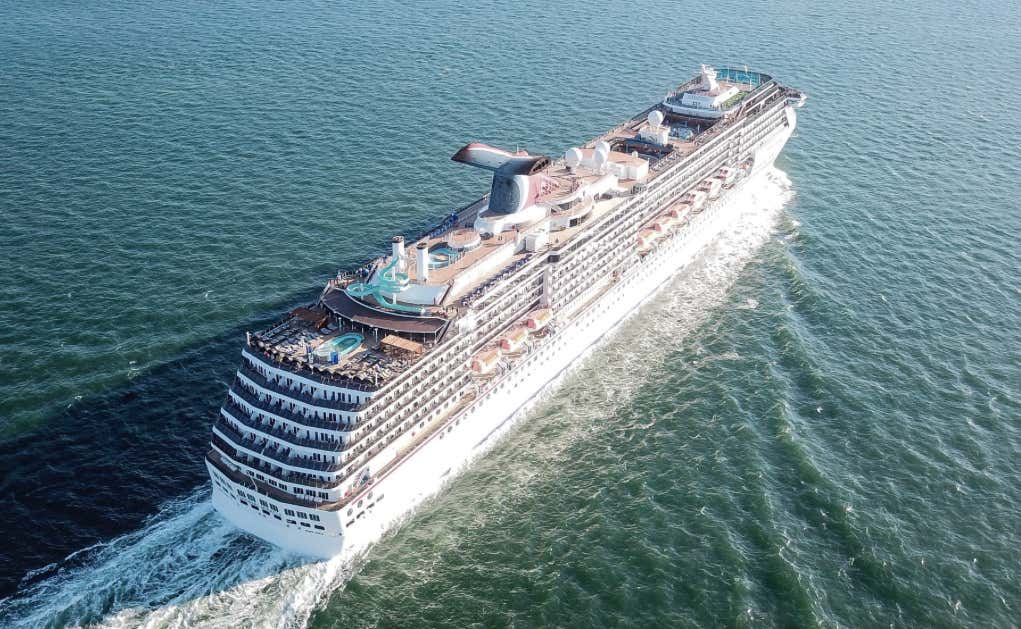 Source - Royal Caribbean’s Oasis of the Seas cruise is planning to set sail again, days after returning to port early after nearly 500 passengers on board became sick.

The ship changed course from its Western Caribbean itinerary on Thursday, after 277 people contracted norovirus, a highly contagious gastrointestinal illness that causes vomiting and diarrhea, according to the Orlando Sentinel. Royal Caribbean gave all passengers a full refund, the paper says.

This isn’t the first time I’ve written about a cruise ship nightmare and it certainly won’t be the last. Although I will say, this particular story may be the foulest one to date. Not only did everyone on the cruise simultaneously start peeing out of their butts, the norovirus was so vicious that the crew had to hold passengers in their rooms to try to prevent it from spreading.

A hundred people were confined to their rooms as a norovirus spread throughout the ship, according to Fox 35. “To be honest, for the last four days, we’ve kind of felt like caged dogs,” said one passenger, William Gleed, adding that passengers were “not allowed off the ship” and that they were given “little information.”

I don’t know about you, but if I’m on a cruise ship and I get orders to stay in my room due to a “mysterious illness” I’m talking one of those elephant shaped hand-towels and smothering myself with it. That, or I’m cuddling up with the sixty-year-old guy who took me there and waiting for the ship to go down like the elderly couple on the Titanic.

I can’t think of any worse situation to be in on a vacation. ESPECIALLY on a cruise, where the rooms are so small you can touch all four walls at once. But that’s not even the worst part. The worst part is that no one told them what was going on. Then once they got to shore, they saw people with hazmat suits boarding the ship.

“Once the ship docked and people disembarked, cleaning crews in hazmat suits were seen spraying railings and furniture, per ClickOrlando.com.”

But hey, totally worth it for the open bar and scheduled on shore excursions, right? I’ll give it another month until I’m writing the next “Cruise Ship Forced To Return To Shore Due To (insert disease/illness/crew failure here). They refunded the passengers, but that’s not enough. Hopefully they included a complementary bottle of Imodium on their way out.