If that’s not Justin Trudeau’s long lost twin brother, separated at birth, shipped off to a foreign land, and told to sing for all the goats in the land, then I’ll eat my hat. Come on! Look at this guy! That picture of the two of them together looks like a casting photo for a Broadway production of the Pirates of Penzance. As in, “here’s Justin Trudeau answering questions about the tar pit oil reserves. Later that night, he transformed into the role of Pirate King for his limited engagement run in the Gilbert and Sullivan classic!”

Can he sing? You betcha.

At least, I think so. I’m not judging based on his singing, because I have no frame of reference for this type of music. Seriously, what was that? My head is spinning. There was no rhythm. People were trying to clap but they didn’t know when, and you can’t blame them. What the hell was the time signature for that piece? 8/5? Music people, weigh in.

No, I’m judging his ability based on the reception of the audience and judges. Look at this guy: 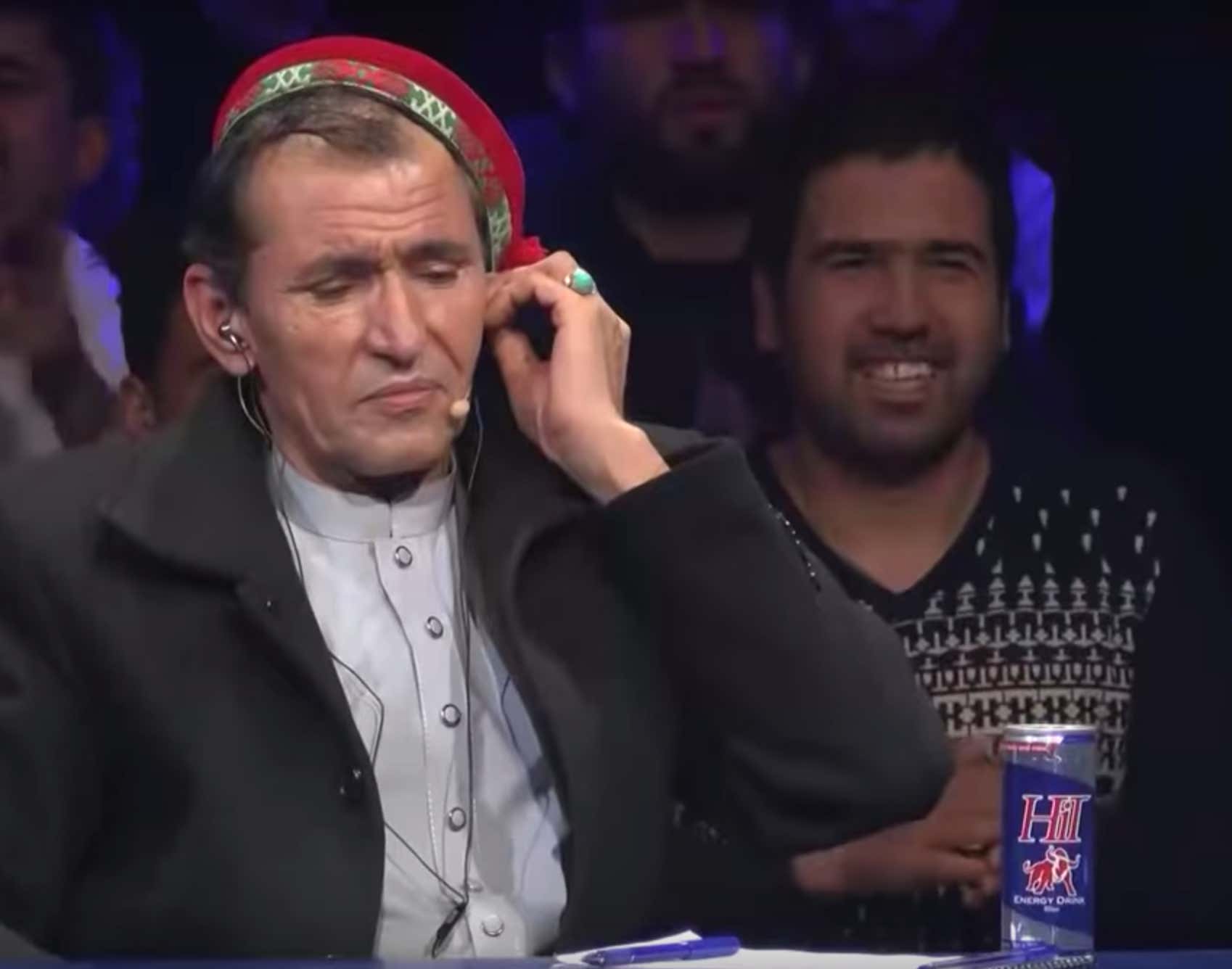 Someone turn his left earphone up and get him another knockoff redbull immediately! The man is in ecstasy!

One thing, Salam—if you’re going to make it in Afghan showbiz, you might want to look into an eyebrow tweezer. That raccoon tale runs across your face with no commercial breaks. Look at Trudeau’s brows for inspiration. I guess that’s what happens when one brother grows up in eyebrow-conscious Canada, and the other grows up in the rolling hills of the Korangal.