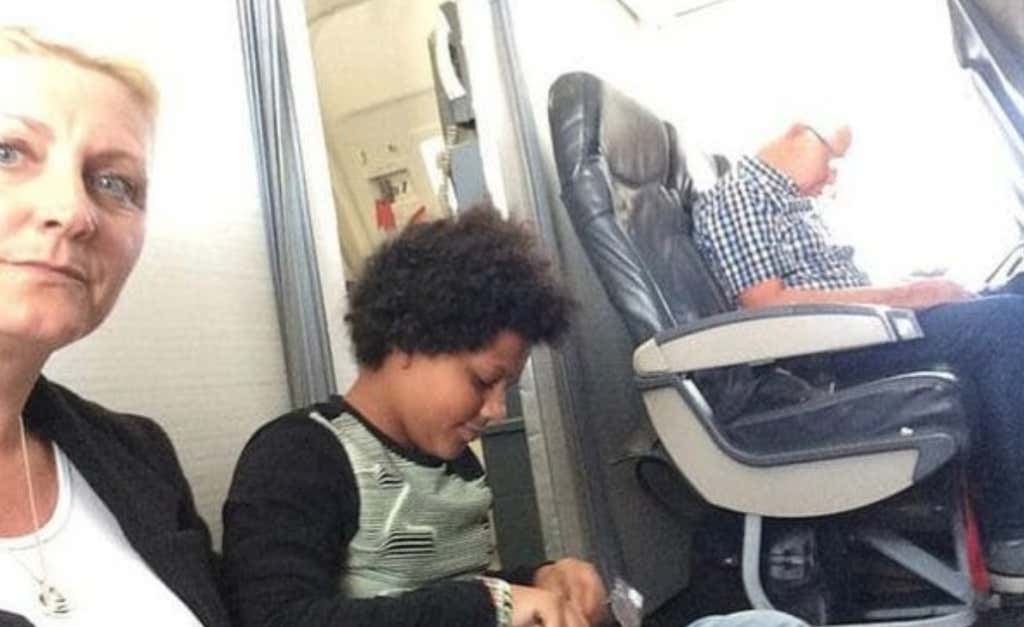 A family were forced to sit on the floor of an aeroplane during their flight home from Menorca after being told that their allocated seats did not exist.

Paula Taylor, 44, her husband Ian, 55, and their daughter Brooke, 10, from Alcester, Warwickshire, arrived early at Mahon airport in June last year for their flight with TUI airlines.

They were given the seat numbers 41 D, E and F, but when they boarded the plane they could not find their seats and cabin crew instead offered them flip-up ‘jump’ seats tucked into the crew station.

They were later forced to the floor because flight attendants needed access to food and duty free items.

This is why getting to the airport early is a thing of the past. This family showed up THREE HOURS early for their flight. What did they get for it? They had to sit on the goddamn floor of the plane for two hours because the airline oversold the flight. The airline claims there was a last second change in what airplane they were actually using, but that’s a load of bullshit. Airlines oversell their flights all the time because they love money, and it’s nonsense. You had nothing else for this family besides giving them the floor? They tried to give them the jump seats but had to use them to get to the food and beverages. The airlines original response to all of this? 30 euros! Yup, that will do it. Problem solved, it’s like it never happened. 30 euros doesn’t even get you a decent bottle of whisky in America.

It took a television show called “Rip-Off Britain: Holidays” to get involved for the airline to up their apology to a full refund of the tickets. Well, I’ve got some news for the airline. They’re going to sue you for a lot more than the cost of the tickets. I have a feeling it’s not in the safety code for flights to have people just sitting on the floor like they tried to sneak on. Just a wild hunch. Tough situation for the crew on board because it’s not their fault and it looks like this was a chartered flight so there likely wasn’t another one anytime soon. I don’t know what they’re supposed to do there. The crew has to be thanking their lucky stars this family was very nice about the whole thing. The co-pilot was raving about how they dealt with the situation, knowing very well that the wife could have went berserk like we see pretty commonly on flights these days for a whole lot less. This family is about to CASH IN on their upcoming lawsuit.