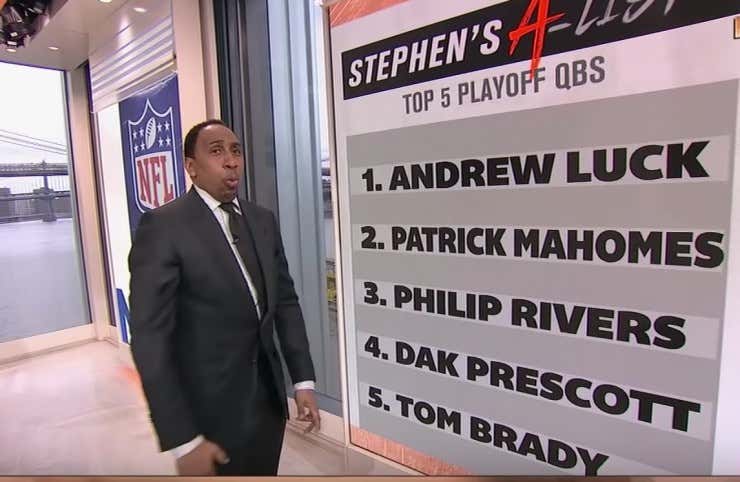 This is why Stephen A. Smith is the best there ever was in the Hot Take game. And the best there ever will be. You can’t be the GOAT of the SportsShouting TV genre unless you can be handed a randomly generated list that makes negative amounts of sense and sell it like you truly believe it. And he had me fooled, right up until the time he got called out for not having Drew Brees in his top five. That’s the mark of true greatness. Making you buy into the fiction, even as he’s pulling arguments out of his ass, improv-ing on the fly.

I’m not mad even a little bit that, if he revises the list to include Brees, Tom Brady doesn’t even crack the top five. My guess is the show’s writers put this together and Stephen A. has to respond in the moment, as it’s revealed, without any prep. And I’m impressed as hell at the artistry it takes to pull that off.  Like the saying goes, if anyone could do it, they would. But he stands alone at this particular talent.

So I won’t even argue the points. I’ll skip the part where I mention in his three postseason games last year, Brady’s Passer Ratings were all above 102, he had 8 TDs with 0 INTs and averaged 377 yards. Instead I’ll just assume nobody on First Take thinks he’s belongs fifth or lower on this list. I’ll just applaud the sheer audacity of any argument where Cliff Kellerman is the voice of reason.

And casually leave this here: 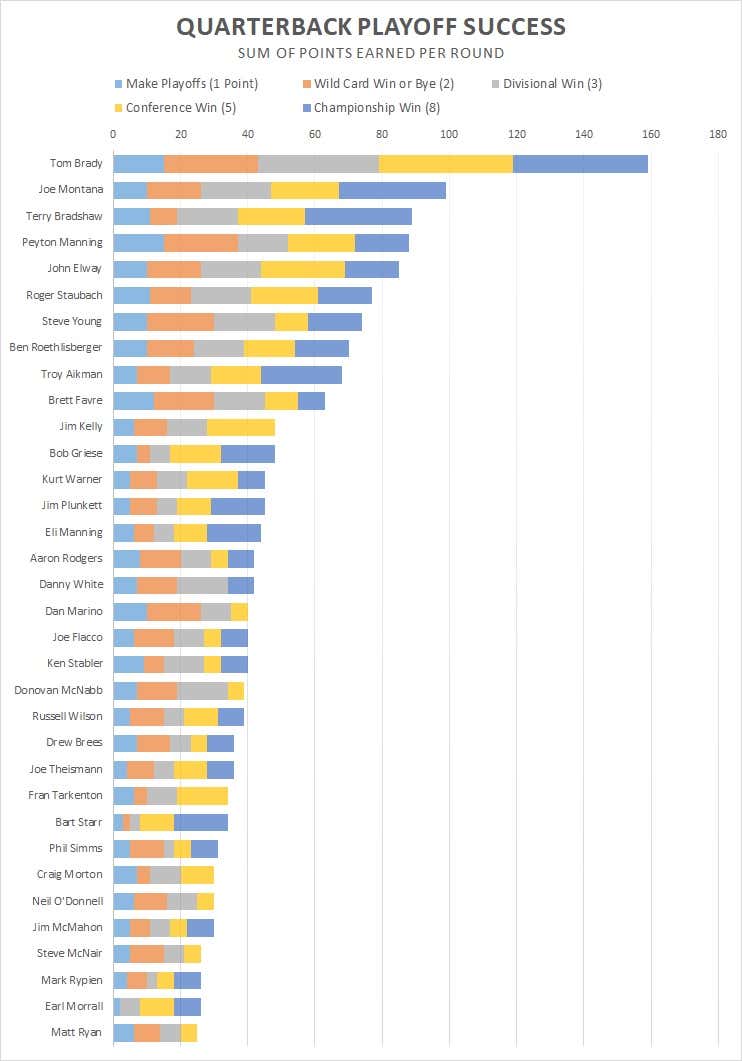