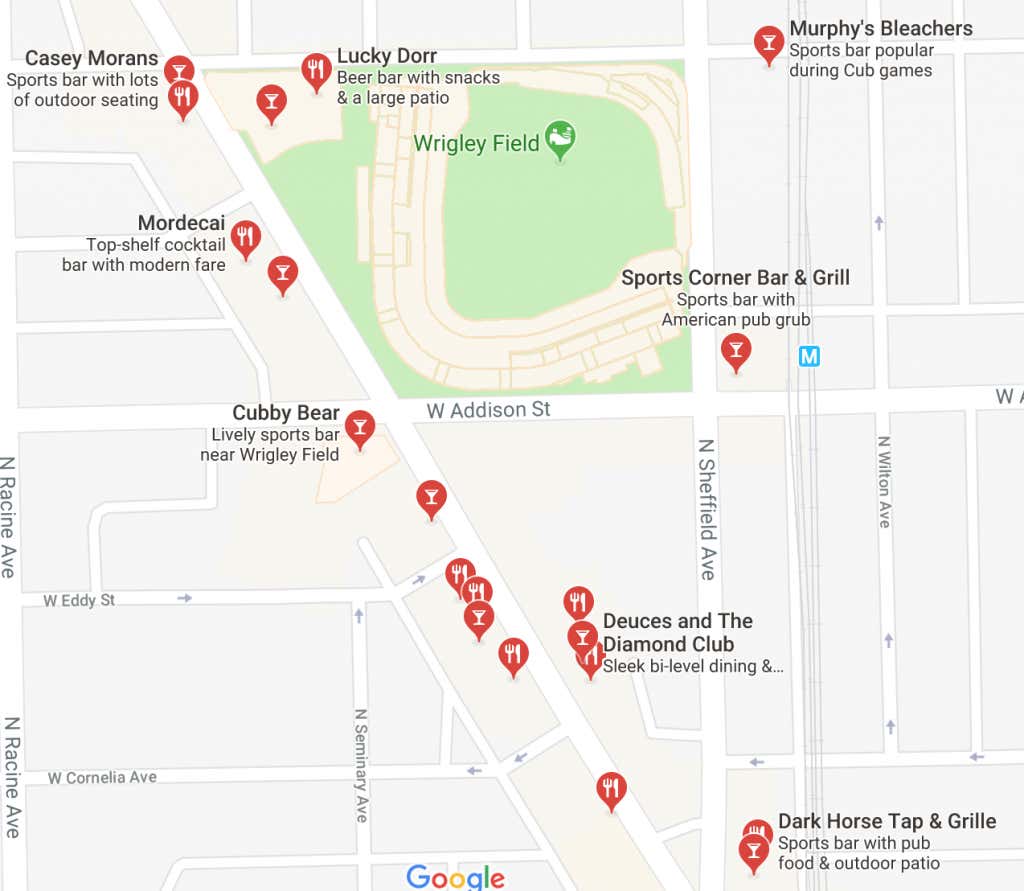 I’m still licking my wounds over this Bears loss. Last night I just stared at the ceiling until 2am thinking of all the ways Vic Fangio could be scheming up his base 3-4 against a petrified Jared Goff. About how well Roquan matches up with Todd Gurley. I was picturing a pulling Kyle Long leading the way for Munch Howard in from the 6-yard line to cap off a 14-play, 75-yard drive to open up the 2nd half. I’ve been sleeping great, guys.

Anyways point is I’m obviously beat to shit with the Bears loss and now the coldest weather of the winter. And spoiler alert it will most definitely only get worse. So as I’m contemplating my dread and seasonal depression, I have to turn my attention to the one thing I love most: Chicago’s Baseball Season.

I’m not going to wax poetic here just ask you to tell me there’s a better time than day baseball in Wrigleyville. The weather, the beers, hanging with the boys, going out at 11:30am and spending $300 by 9pm. The Yabos, the smokes, the organ, the ivy, the grilled onions, the red line trips and pregaming at shitty Wrigleyville houses. Dipping even though you don’t dip. And up until this past fall, crushing Taco Bell on the way home to your lakeview 2-bed.

It’s a magical place and it’s time we go there right now. I know there are weeks to go for Spring Training and months before the home opener, but it’s never too early to start dropping in our weekly Scouting Reports on Wrigleyville Bars. It’s not just the players and organization that have to live up to big expectations. Some of the classics on Clark have to withstand robust commercialization and the slow evolution of the (now Family) Friendly Confines. It goes without saying that a down year these days could mean permanent closure like Rockwood Place. SAD.

So with all of that, let’s get to the first 2019 Wrigleyville Scouting Report. Today, we’ll be breaking down Sluggers on the traditional 20-80 scale. 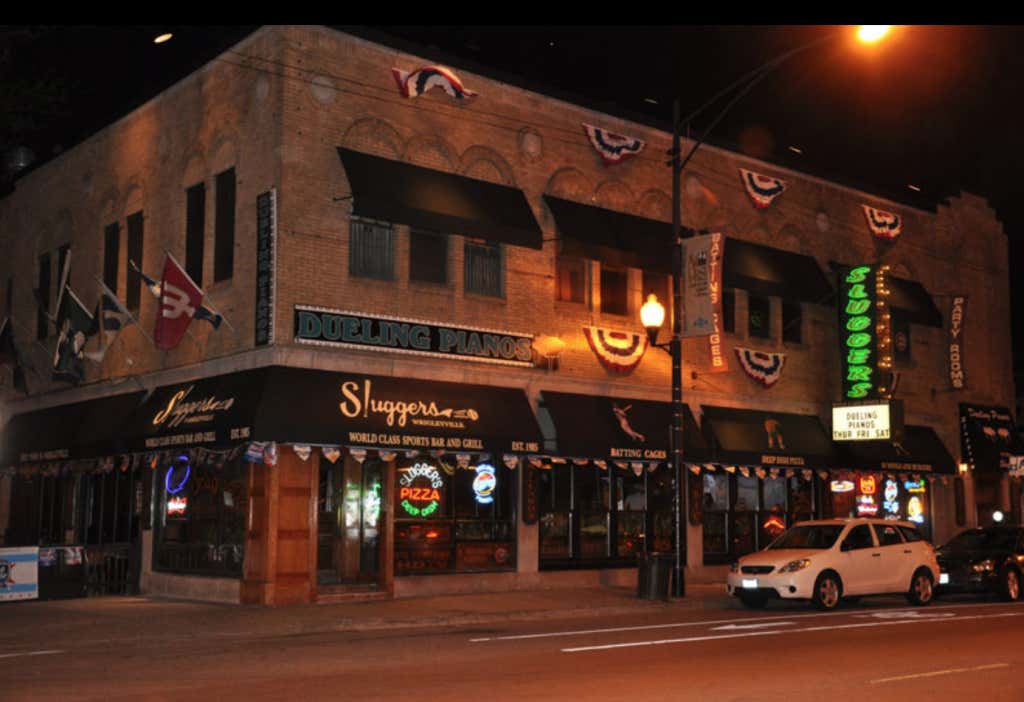 Overview: If you want to know what the internet looked like 20 years ago, go to Slugger’s website. There, you’ll discover that Since 1985 Sluggers World Class Sports Bar and Grill has been giving the Wrigleyville area a place to go for much more than just a drink… On our SECOND LEVEL we have a full indoor sports complex with BATTING CAGES, POP-A-SHOT BASKETBALL, SKEE-BALL, AIR HOCKEY, ARCADE & VIRTUAL DRIVING GAMES, and much much more.

Personally, I love this place.

Bathrooms = 30. If we were ranking Sluggers on bathrooms alone it would be at the absolute bottom of the list. There’s two main piss closets on the first floor and they really are closets at a combined 100 square feet or so. Also consider the main bathroom ALWAYS has an attendant and that’s never not awkward. No one here is getting laid because we smell like gas station perfume buddy I’m trying to squeeze out a leak. PS if you have taken a dump at Sluggers email me carl@barstoolsports.com I need to tell your story.

Patio = 40. No one comes to Sluggers for the patio amenities, which is a sidewalk style beer garden with picnic tables and good service. It’s nice to sit here if your parents are in town but you still want to be close to your buddies so that the second your parents leave, you’re available to immediately rally with the boys. Sometimes you’ll see a handful of really hammered girls sitting with their friends on the picnic benches, but that’s usually during games after someone gets kicked out. Again though, v good patio service.

Atmosphere = 70. When I think of getting loaded and excited at a Wrigley bar, I think of being at sluggers. I think of rolling in with a group 15 deep after a game and opening up the stupidest bar tab of my life. I think of the ease the comes with picking a place to meet before the game in the group text. Everyone has the guy texting two days before “Yo where should we meet I can send the invite” because they just learned how to use outlook and it’s synced to their phone. Sluggers. Is the immediate response 9 out of 10 times and a lot of that has to do with just how good it feels to say you’re going to Sluggers. Yeah we’re meeting at Sluggers. That phrase in and of itself can only signify one thing: you are going to Wrigley to party during a Cubs game. Good for you amigo.

Drink Replenishment = 60. Sluggers isn’t going to the All Star game on drink replenishment alone, but at the same time no one is running them out of town. The bar is crowded, so there’s inherent deductions on that but they make up for it by flanking every doorway with beer stations staffed by the type of women that can hold 4 tallboys in each hand at once. With that, you never have to wait for a beer but if you’re at Sluggers you know you’re ripping group shots. Hey can I get 10 fireballs. That’s where things slow down the main bar service: it’s been 3 weeks since the group of 25 year old Miami (Ohio) guys got together. Expect a slight delay while they buy out the bar. 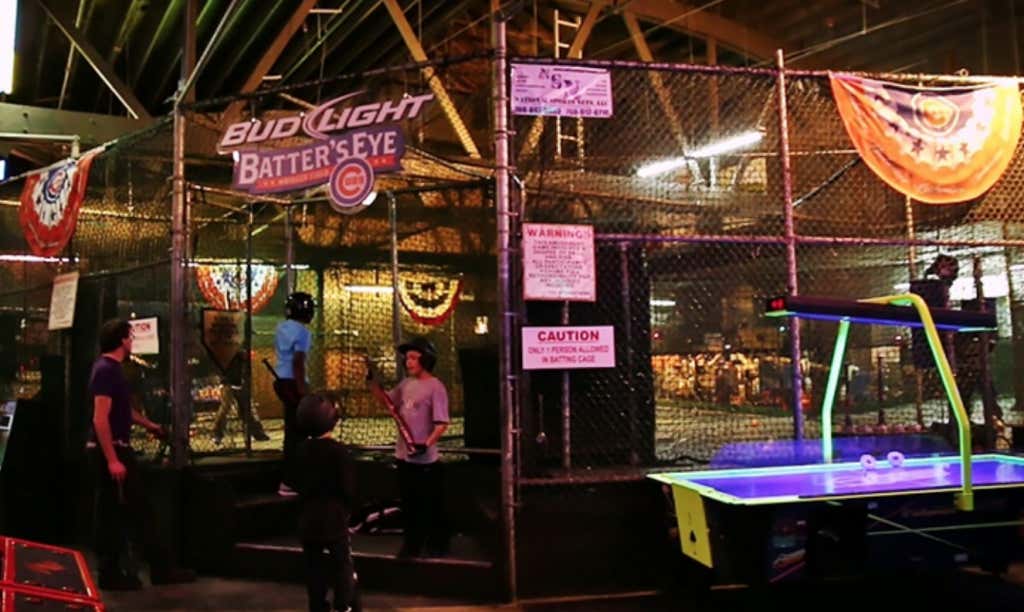 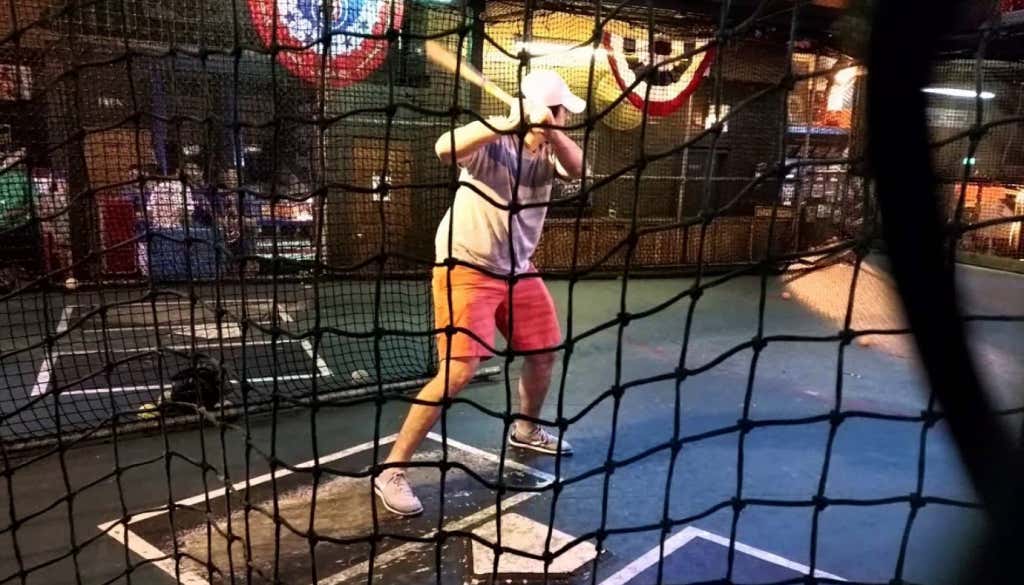 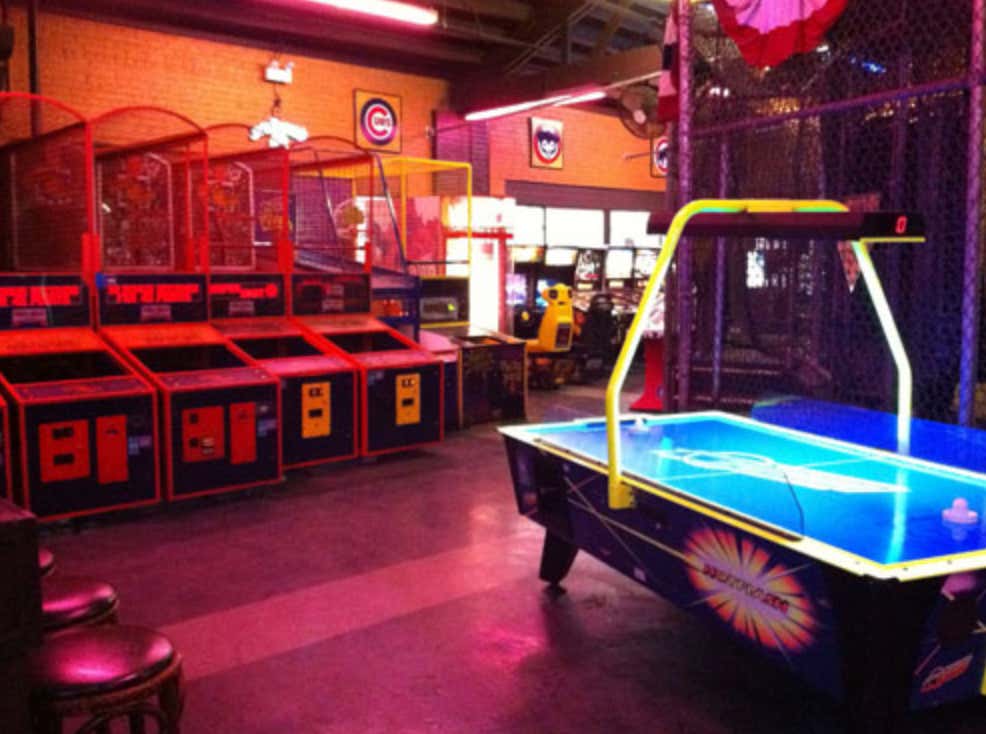 The batting cages at sluggers are never not amazing. Never. I have never not enjoyed myself. This is a place you are required to bring out of towners. The fact you can go from a Cubs game, to a batting cage in literally 15 minutes and take as many hacks as you want is fucking UN-BE-LIEVABLE. I challenge anyone anywhere to find me a better postgame activity then getting a couple hacks in yourself. You don’t like Javy’s approach? Show me your fuckin swing right here right now.

And then as if that’s not enough, you have a Dueling Piano bar right off the game room on the 2nd floor. Who doesn’t love piano sing alongs? It’s almost the perfect timeline to getting hammered: start with some pregame beers, go to the game for some more, come back for the group shots, go upstairs for some batting practice and more responsible tallboys then take it in the piano bar for some group sing alongs before you stumble back out onto Clark Street and into your Uber.

Overall = 65. What Sluggers lacks in patio and bathrooms is overwhelmingly made up in atmosphere and intangibles. It’s the veteran in the clubhouse that isn’t as sexy as some of the newer guys, but he knows his game and knows how to succeed at this level. Don’t expect a lot to change year to year, but when the party is on the line and you need to have a good time, you can always count on Sluggers to deliver. Dynamic but a classic. Think Ryne Sandberg 2nd half of his career with slightly more pop. That’s Sluggers.