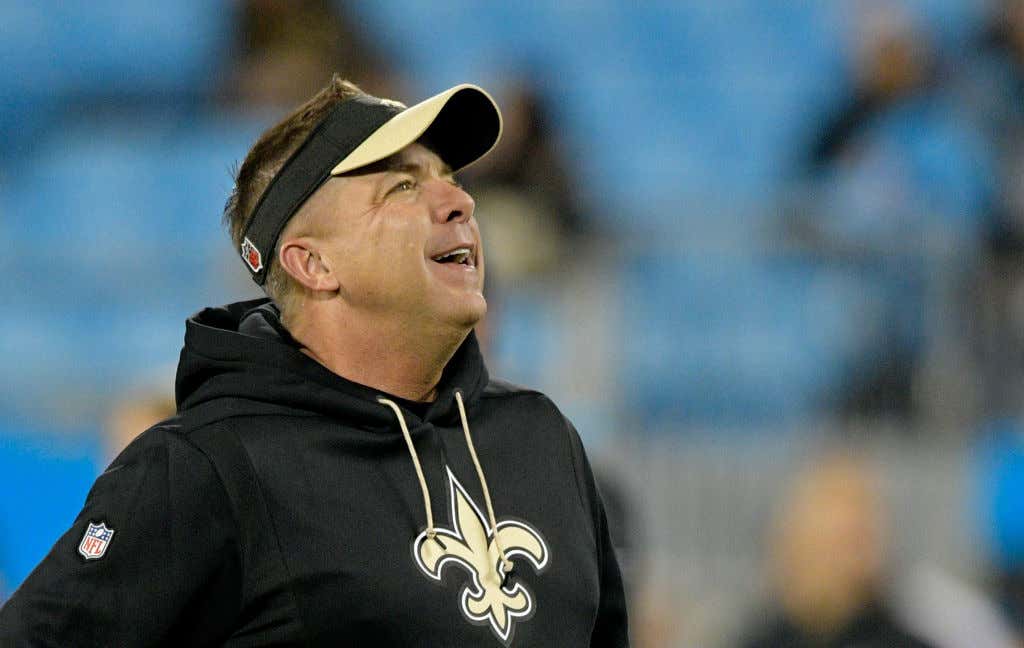 Sean Payton spent a decent amount of his childhood growing up in Delco, right outside of Philadelphia. And being a Delco kid in the 70s means one thing and one thing only–you were a huge Flyers fan. So Payton was around for when the Flyers won their only Stanley Cups in franchise history in 1974 and then again in 1975. I guess you can say that makes him a real fan considering the amount of Flyers fans in the world who were actually alive to witness them win a Cup continues to get lower by the day.

I will officially rebuke Sean Payton’s status as a Flyers fan if he beats the Eagles on Sunday. Because if he’s still a true fan to this day, then he knows how god awful that team is. He’ll know that they are quite literally impossible to watch. They’ve lost 8 games in a row. They’re now on their 7th goalie of the season. The only time this team has been worth watching was maybe the first week of the season and the first few games of the Carter Hart era. Other than that, it’s almost a guarantee that you have to turn the game off before the end of the 2nd period.

So if Sean Payton is a true fan, then he knows all that. And he knows that if he beats the Eagles on Sunday, then Flyers fans won’t have the Eagles around to distract them anymore. I mean obviously there are still the Sixers but it’s different. If Sean Payton leaves Flyers fans without anymore Eagles games to watch this year, then he’s the biggest dick on the planet. Hell, we may even have to rebuke his status as a former Delco citizen if that’s the case. That might be a little harsh considering I’m a firm believer in “Once a Delconian, always a Delconian”. But still. I’ll be pissed as heck if Sean Payton turns on his own people like that and doesn’t throw the game this weekend. At least when Payton beat the Eagles in the playoffs in the 2013 season, the Flyers ended up being a playoff team that year. Now they’re in 30th place and the only thing the fans can root for is landing a top 2 pick in the draft.

Guess we’ll just have to see what’s more important to him on Sunday–his job, or his roots. If I’m the Eagles, I bring a shit ton of Wawa down to New Orleans with me just to make that decision a little easier for Sean Payton.