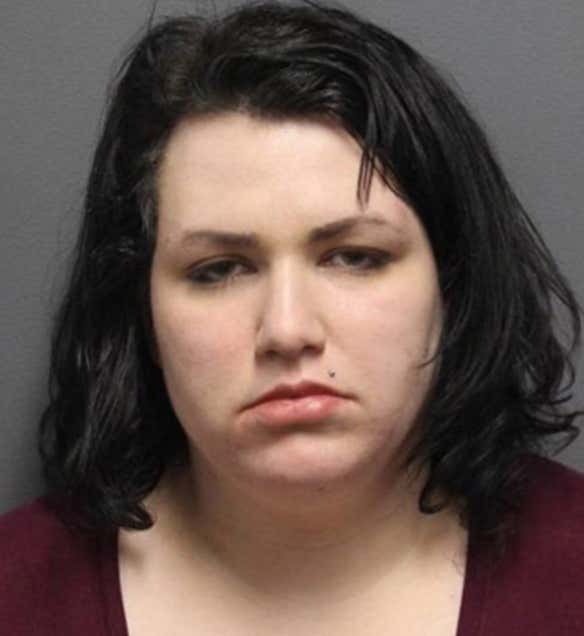 WEST WYOMING, Pa. — A woman is locked up in Luzerne County after she smashed her way into the West Wyoming Borough Building. Police say she had been harassing a police officer.

Police say Ashley Keister of Nanticoke was arrested by the officer she allegedly began harassing in May of 2018. But this past week, police say she started sending that officer drawings and calling 911 because she wanted to talk to him.

Surveillance video from outside the West Wyoming Police Department shows Keister knocking on the door very early on Monday. When that didn’t work, she smashed her way in using a cigarette butt holder to break the window.

True love is hard to find, sometimes you think you have true love and then you catch the early flight home from San Diego and a couple of nude people jump out of your bathroom blindfolded like a goddamn magic show ready to double team your girlfriend. What I’m trying to say here is that true love is blind.

You don’t know when you’re going to fall in love. Usually it comes out of nowhere when you’re least expecting it. Sometimes you find your soulmate at a bar. Sometimes you’re at a party and waiting in the bathroom line when you strike up a conversation with someone else waiting and hit it off. Sometimes you save someone from danger and the spark just happens. And other times you get arrested and fall for the very same man who locked you up. That’s the case here for Ashley Keister. Back in May she was arrested (unknown for what) and began sending her arresting officer drawings and calling 911 just to try and talk to him. You know? Normal stuff.

Eventually she was forced to sign a piece of paper that promised she would stop sending these messages (upwards of 20 a day) to the officer. Hours later she took matters into her own hands and stormed the building to find her lover.

I think this could be the next Nicholas Sparks movie. Stuff like this just fills your heart. Keister is facing charges of aggravated assault, harassment, and criminal mischief among others, but none worse than a broken heart. She is locked up in county jail on $50,000 bail, just waiting for her prince charming to set her free. I’m rooting for her.

Shocked this wasn’t a Florida story.