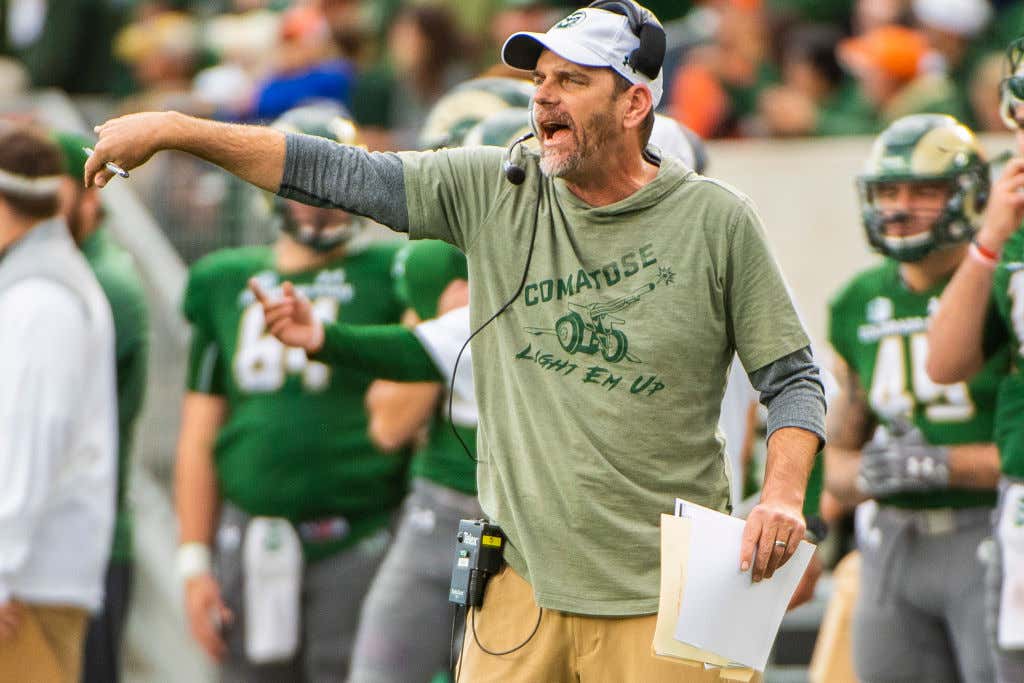 In the aftermath of the rough season that saw the coach hospitalized in August because of peripheral neuropathy and ended with the Rams’ worst record since 2011, Bobo did an almost unthinkable thing for a college head coach: He declined an automatic $100,000 pay raise for 2019.

Now I can certainly respect CSU’s Mike Bobo for this decision. And I get what he’s going after here with the whole accountability angle. But if I’m a high school recruit and I have dreams of one day making it to the NFL, can I ever trust that someone like Mike Bobo is going to be the guy to help me get there?

The answer is pretty clearly no.

Just think about all the best college football coaches in the nation. What’s the one thing that they all have in common? They’re all egotistical maniacs who are power hungry and slightly corrupt. It’s just the name of the game. Doesn’t mean they’re bad guys or anything like that. But step one to becoming one of the best college football coaches in the country is to take every single penny that is thrown your way. You have to be cold-blooded, and nothing is more cold-blooded than rewarding yourself with an extra $100,000 after a 3-9 season. Sure, the players may resent you a little for it but that resentment will fade over time and everybody will just forget about it. Hell, hardly anybody would probably know about it at all if you just let that automatic pay raise bump in there. But now that you made a big deal about declining the $100,000 pay raise? Well everybody knows you have a heart now and the blood that pumps through it isn’t ice cold. And that’s not going to win you many football games.

I’m not saying that every great college football coach needs to be some evil emperor lord. I don’t think that Dabo has a nasty bone in his body. But would he be out there turning down automatic pay raises?

Doubt it. And that’s why recruits trust him to get them to the NFL and get them some national championship rings in the process.