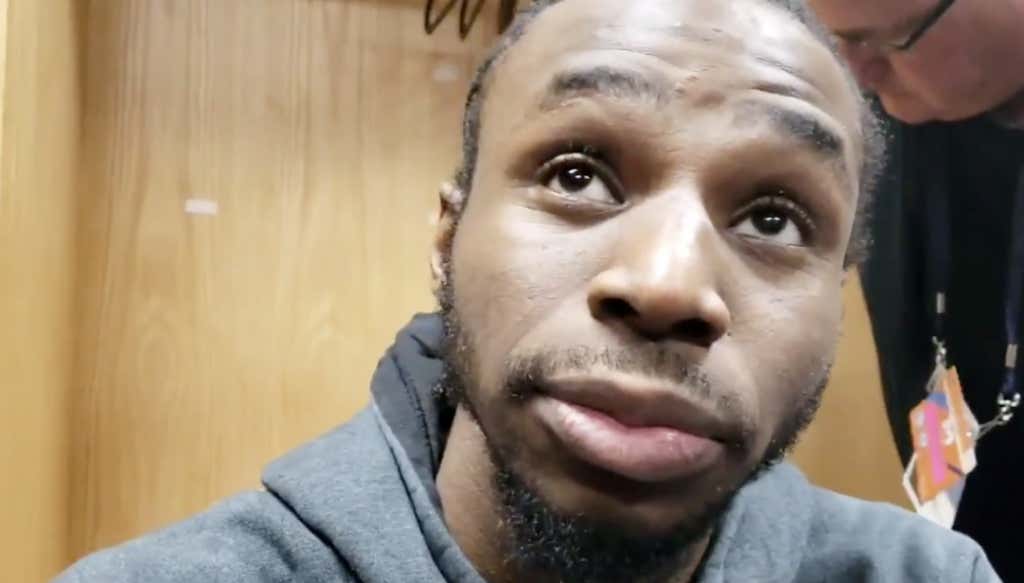 So after the big emotional win and great individual performance from Andrew Wiggins last night in which he dropped 40/10 and was basically the Canadian Jordan, he found himself in some hot water as a result of his postgame interview. Here’s the full clip

The issue that sparked the internet to rage was where he seems to say “he was just gay, he was just acting crazy for no reason”. Obviously, you can’t be doing that. The internet reacted like the internet does, which forced Wiggins to basically pull a Derrick Rose and apologize and give his own explanation (which he obviously should have).

Look, I’m pretty sure he didn’t say the word “getting”. Maybe that’s what he meant, but it didn’t exactly sound like that was the word he went with. To me, just own it and say you misspoke and had no ill intentions. Don’t try and tell me what my ears are hearing. It’s fairly clear that word was not “getting”. So that part of his apology I’m calling bullshit on. I do think he’s sorry and I don’t doubt he has love and respect for the LGBTQIA community, but going with the “no I didn’t say that I said something different” isn’t the best look in my opinion.

Given that this is coming right after Derrick Rose told doubters to go kill themselves, maybe NBA players need to realize that slang or whatever you want to call it simply can’t be used when speaking to the media. It’ll be interesting to see what the league does, remember back in 2011 they fined Kobe 100K for using a anti-gay slur towards and official, and then Nikola Jokic 25K for using a “no homo” joke.

So I’ll ask you. Listen to that clip and you tell me. Does that sound like “getting” to you? I call bullshit.