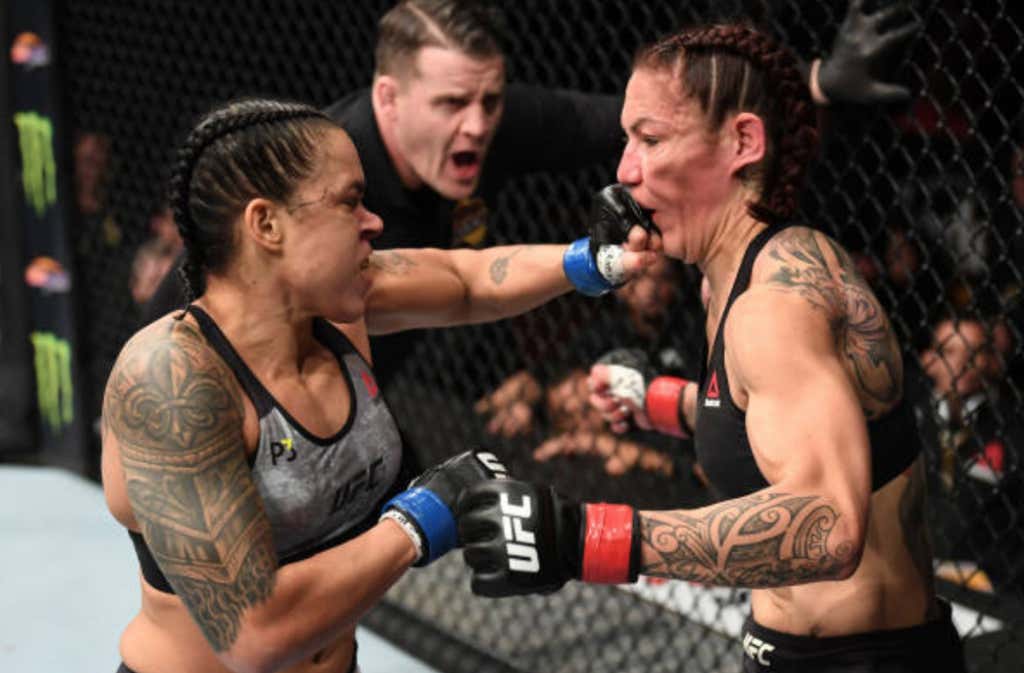 MMAjunkie- As an exultant Amanda Nunes jogged away from a hunkered, semi-conscious Cris Cyborg, and a near-capacity crowd at The Forum exploded into pandemonium, Jason Parillo could be seen cupping his face in dismay. The co-main event of UFC 232 is likely to be best remembered for Nunes – already the bantamweight queen – becoming just the third fighter to concurrently reign over two UFC divisions. But for Parillo, it was the occasion of a reckoning that could no longer be avoided.

“I saw Cris go out there and beat herself,” Parillo told MMAjunkie. “I’ve said it in many interviews before, and it was always my biggest concern – which is her just going for broke, losing the plot and swinging wild. Just going back to old school Cyborg.

“Because I told her that the higher we climb the ladder, we’re not going to be able to get away with this style. We need to think a little bit more and stay behind the jab.”

Listen. I get what Cyborg’s coach is trying to say here. Fighting is 90% mental, 10% physical, all that jazz, he told her going into UFC 232 that she had to fight technical against Bantamweight Champ Amanda Nunes and she engaged in a dogfight, I get it. I understand. I just don’t agree.

Hindsight is 20/20, obviously, but I look at a fight like Jose Aldo vs Conor McGregor and would say THAT is an example of a champion defeating themselves in the cage. That fight was over before it started because McGregor’s mental warfare had gotten to Aldo on such an extreme level that he went in there and got knocked the fuck out with the first shot he was hit with! He FOR SURE defeated himself, yeah? We can all agree on that?

Cyborg, though…she was a pretty sizable favorite going into this fight, and very very very few people were expecting an upset. Nobody I talked to, and no analyst I’d seen, at least. She was confident as ever going into this bout, came out swinging, Amanda sorta shelled up and allowed herself to be pushed up against the cage while throwing some haymakers so off the mark Cyborg could’ve thought Nunes was hurt, and then unloaded and clipped Cyborg immediately, stunning the champ with her power. Watch!

I think chalking that 51-second bout up to Cyborg not following the gameplan and defeating herself unnecessarily takes away from Amanda Nunes’ incredible victory and knockout ability, and is a slippery slope when looking at a rematch between the two. Sort of a cop-out as a coach, too, if we’re being honest.

How often do you see coaches just blame their fighters entirely and take no credit for defeats? It never happens. Even if this were to be true, you just don’t say that. There’s no need. So yeah, I disagree here. I don’t think Cyborg defeated herself. I think Amanda Nunes defeated Cyborg. And I think she fucked her the fuck up in the process.

That’s just me. How do you guys feel about it?