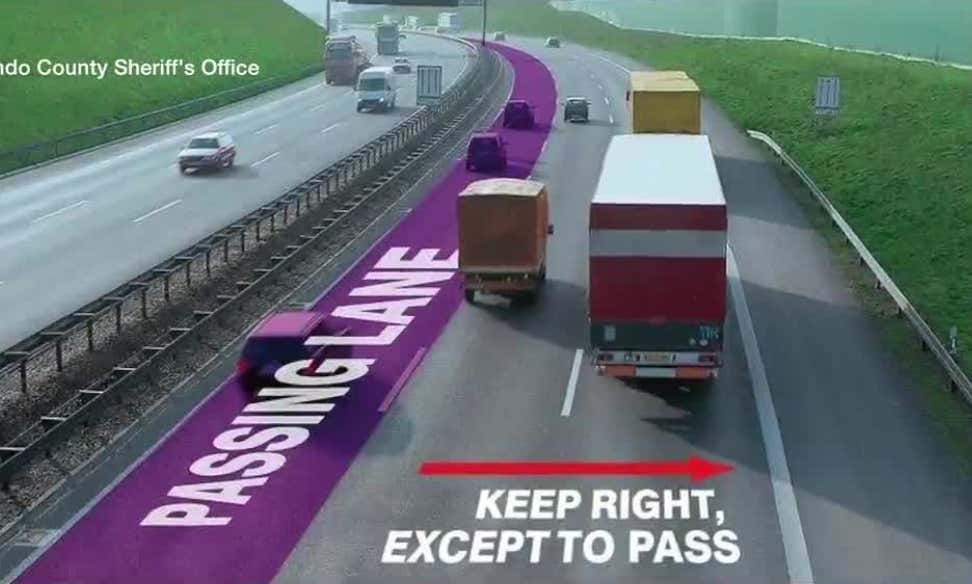 CHICAGO (CBS) - Illinois State Police in 2019 are starting to target drivers who hang out in the left traffic lane. Police say a traffic law passed by state legislators two years ago restricting drivers from improper use of the left lane will be enforced starting this year.The left lane should only be used to pass other vehicles or when moving over for an emergency vehicle, according to police. Illinois State Police used the hashtag #LeftLaneLollygaggersBeware on Facebook to remind motorists about the law. Left lane dawdlers ticketed for misuse of the left lane can be fined $120.

Carl wrote in his highway rankings blog about the true misery of driving on the highway in Chicago. Nobody likes to do it. Even when it’s not rush hour, you’re sure to get fucked in one way or another. The thing is that I can kinda deal with traffic sometimes because I know that everybody is miserable with me. But, I can’t get down with people who don’t know how to use the fucking left lane.

It’s the absolute worst when you’re boxed in behind a couple trucks in the right lanes, and then in the left lane there’s a Dodge Dart doing a solid 50 miles per hour. Then when you somehow get around and are able to pass the person they’re always as big of an asshole as you expect. They always have their hands 10 and 2 on the steering wheel looking like they’re 15 years old, and just stole their parents car or they’re leaned back listening to Drive Slow by Kanye, and taking it way too literally. It’s not that hard of a concept!

I still haven’t forgiven the Illinois State Police for all the times they camped out in College bars to pop my buddies and I for drinking tickets, but this is something I’ll completely get behind them on.