(This is from yesterday’s KFC Radio, you can listen here)

To the point of the blog: TushyRaw, the newest site which I’ve just discovered, is the only one to make the dudes wear full body spandex suits with only holes cut out for their dick. To be fair, I actually think they’re spandex pants and a spandex shirt which is even more chintzy and weird, but I’m gonna call it a suit for brevity’s sake. Never the matter, it’s RIDICULOUS. It’s jarring. All the scenes are just this big white dick popping out of a black suit that had a hole cut in it, like the women are having sex with a floating penis. I don’t know who was so disgusted by the male figure that the site thought they needed to eliminate it all together, but I’m comfortable enough with my sexuality to not be like “EW! EW! GROSS! GET IT OFF!” every time I see a dude’s stomach, while the penis remains a necessarily visible part of the show. Stay in the zone and focused on the point of entry, like Shia LaBeouf in The Greatest Game Ever Played. The hole is all that matters, block out the rest.

I can’t post a picture for what I imagine are very obvious reasons, but it really is a sight to behold. It looks a little something like this 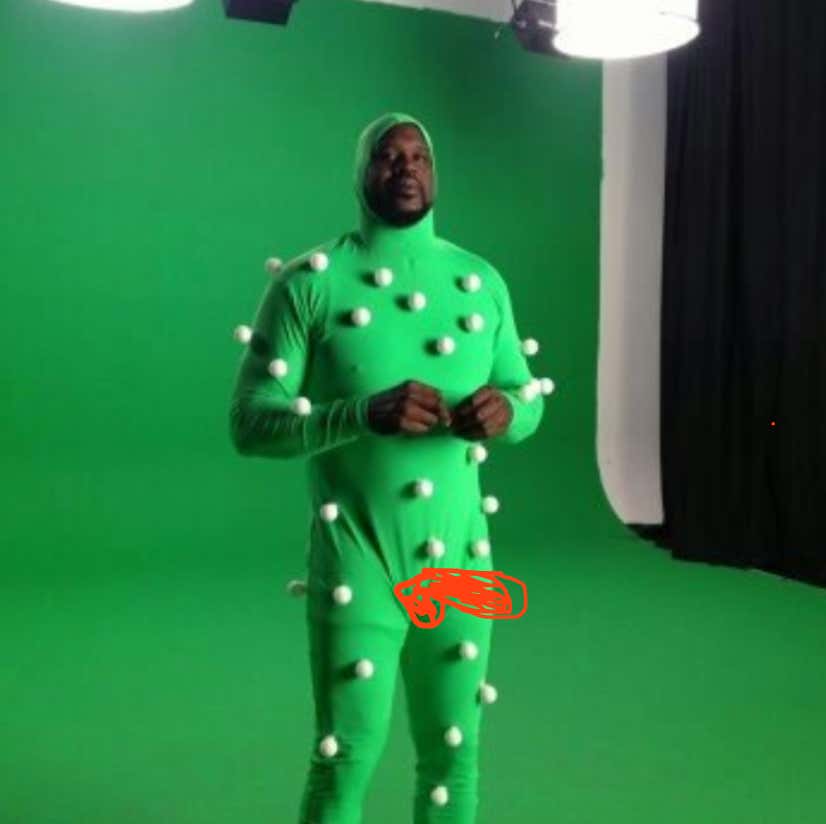 Huge, different colored penis just analing down Angela White. I highly recommend it, that family of networks has a unique lighting situation that makes for some great videos, but be ready to watch actors who are a pair of ski pants and a North Face away from hitting the slops. Be prepared to say arms that look like they’re shooting CGI scenes pull out butt plugs. Again, I have no idea what made them decide that floating limbs were necessary but I need to get an answer here because I feel like I’m losing my mind.